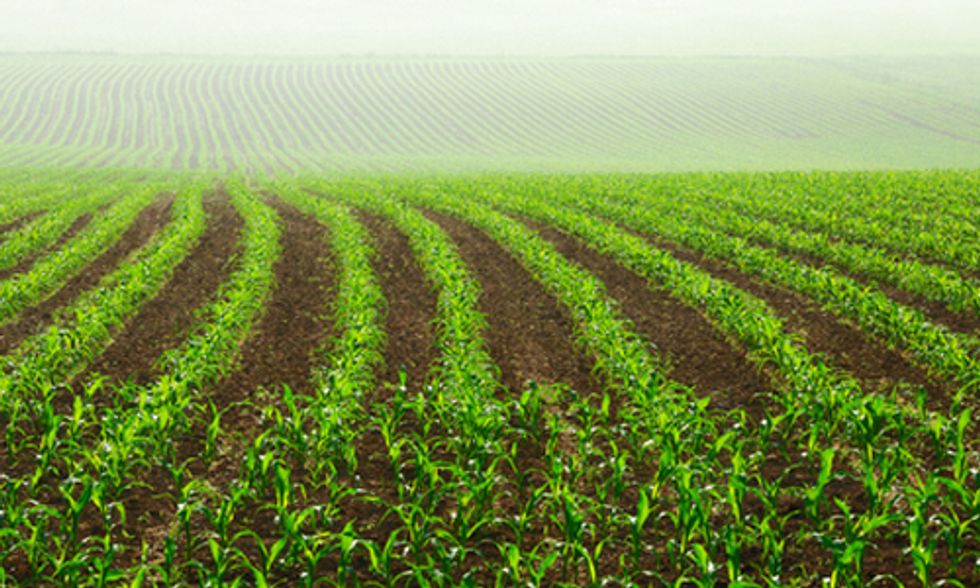 Archer-Daniels-Midland Co. (ADM) and Bunge Ltd., two of the world’s largest grain traders, are intent on increasing corn exports to China, however, U.S. farmers have plans of their own.

The wide-scale planting of GMOs that aren’t approved by key importing countries will chip away at the competitiveness of U.S. grain and feed exports.
Photo courtesy of Shutterstock

ADM plans on testing the GMO corn, and may end up rejecting it as well. Regardless, farmers will soon begin planting the crop this spring due to its high yield for the U.S. market.

Exporters and farmers going in two different directions on GMO corn underscores a new set of challenges faced by international agricultural commodity traders. Even as demand continues to grow in line with the global population, China and other countries have been slower than the U.S. to approve new types of crops amid concerns about food safety and threats to biodiversity from [GMOs]. China’s curbs on some modified corn threaten to block millions of tons of imports and in so doing cut into the profits of international trading houses.

Traders rerouting shipments originally destined for China to other markets may lose $30 to $50 a ton, said Tim Burrack, an Iowa corn and soybean farmer who’s also the former chairman of the U.S. Grains Council’s trade committee.

Bunge isn’t buying the Syngenta GMO corn, an insect-repelling variety known as Agrisure Viptera, or another modified variety from the Swiss company called Agrisure Duracade. On Feb. 21, ADM executives said they wouldn't accept Duracade until the GMO is approved by China and other major importers. The company also hasn't committed to Viptera.

The wide-scale planting of GMOs that aren’t approved by key importing countries will chip away at the competitiveness of U.S. grain and feed exports.

Corn containing Duracade will be planted on 250,000 to 300,000 acres this spring, which will be harvested in the autumn, according to Reuters.

ADM shares have dropped 1.9 percent this year in New York while Bunge has fallen by 4.2 percent. Syngenta has seen a 4.6 percent decline in Zurich.

As China cuts back on GMO imports, U.S. growers are seeking to boost yields to counter a 34 percent plunge in corn prices over the last year. The U.S. Department of Agriculture has projected farm income will fall 27 percent over the course of 2014—a four-year low.

Since January, Syngenta has sold out of its Duracade variety, part of a broader trend toward modified crops.

However, that brings up another problem for farmers and traders. If different types of grain are not separated, then traders risk cross-contamination of non-GMO crops with crops containing modified organisms.

Even if farmers carefully separate their grain, such contamination can still occur in several ways, including inadvertent mixing and cross-pollination by bees or wind.

Ultimately, that’s a risk many farmers have come to accept as they plant Viptera and other strains in hopes of increasing their yield for the U.S. market.

"While American farmers search for imaginary yield gains from GMOs, they need to be mindful of the fact that contamination of their neighbor's organic and non-GMO fields will not be tolerated by our nation’s trading partners or the American public," said Dave Murphy, founder and executive director of Food Democracy Now!.