U.S. Expected to Be World's Largest Producer of Petroleum and Natural Gas This Year 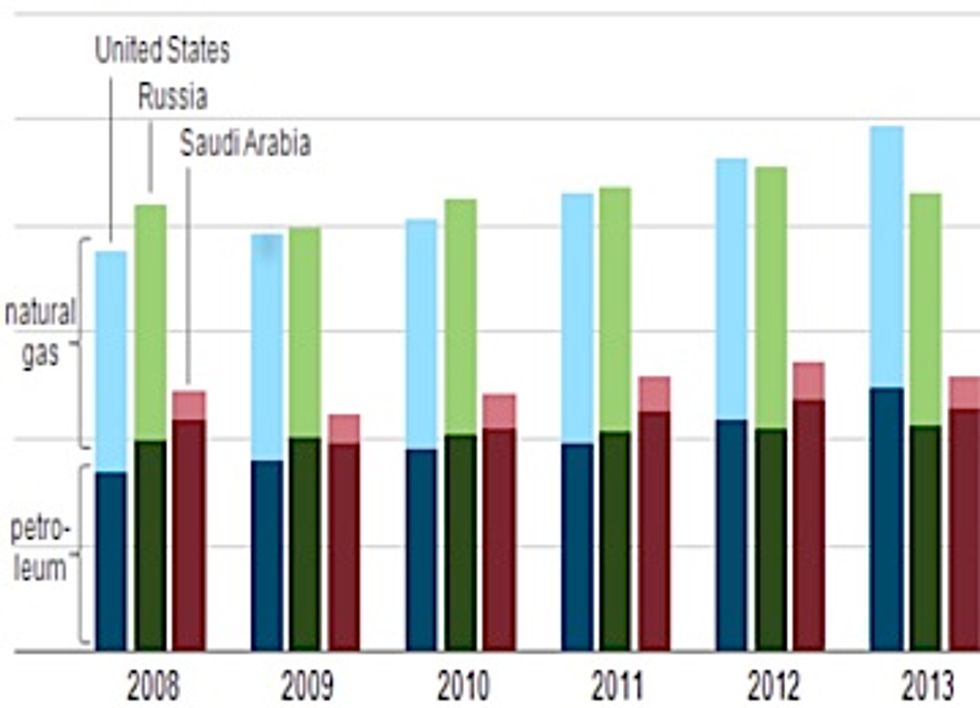 Comparisons of petroleum and natural gas production across countries are not always easy. Differences in energy content of crude oil, condensates and natural gas produced throughout these countries make accurate conversions difficult. There are also questions regarding the inclusion of biofuels and refinery gain in the calculations. Total petroleum and natural gas hydrocarbon production estimates for the U.S. and Russia for 2011 and 2012 were roughly equivalent—within 1 quadrillion Btu of one another. In 2013, however, the production estimates widen out, with the U.S. expected to outproduce Russia by 5 quadrillion Btu.