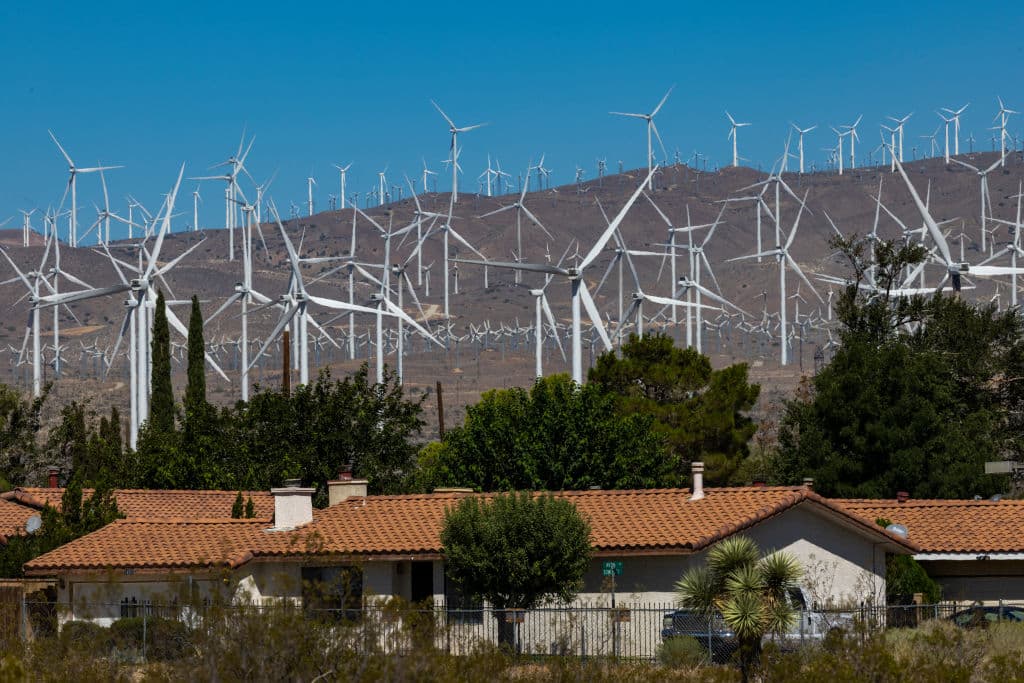 Wind turbines sprawl across the Mojave Desert next to a small community of homes on August 14, 2022 near Mojave, California. David McNew / Getty Images

Renewable sources of energy — like wind, solar, hydropower and geothermal — have a much lower impact on the environment than fossil fuels like coal and gas and are a source of unlimited power. The transition from fossil fuels to clean energy is important to limit the amount of global warming and mitigate the climate crisis.

Renewable sources of electric power saw increases in the first two-thirds of this year, according to new data from the U.S. Energy Information Administration (EIA). In the first eight months of 2022, nearly a quarter of electric power generation in the U.S. came from clean energy sources, reported Electrek.

The EIA’s “Electric Power Monthly” report through August of this year showed that the generation of electric power in the U.S. provided by renewables was 23.3 percent, up from 20.6 percent for the previous year.

“These latest statistics suggest that renewables may well be on track to surpass EIA’s forecast for renewables to provide 22% of US electrical generation in 2022 and 24% in 2023,” said Ken Bossong, the executive director of the SUN DAY Campaign, the nonprofit educational and research organization that reviewed the EIA’s latest report, as Solar Power World reported. “Bolstered by the Inflation Reduction Act, renewables’ share could easily surpass 25% by the end of next year.”

In the first two-thirds of 2022, the electrical output of renewables, including small-scale solar, was up by 17.5 percent, reported Electrek.

Altogether, renewable sources of energy outpaced coal by 17.9 percent and nuclear by 32.3 percent. In the course of the past five years, renewables have jumped from fourth into second place, while coal and nuclear have slid into third and fourth place, respectively.

Half a decade ago, the amount of electricity that came from coal was 30.3 percent, while 19.6 percent came from nuclear sources. Now, these sources have fallen to 19.8 percent and 17.6 percent, respectively. Meanwhile, clean sources of power have gone up from 18.2 percent to 23.3 percent.

Most electricity in the U.S. still comes from natural gas, which is the source of 38.5 percent of the country’s electric power.

“The pace of progress is continuing to pick up,” said Emma Searson, an author of a 2021 renewable energy report by nonprofit Environment America Research and Policy Center and the nonpartisan research organization Frontier Group, as The Washington Post reported. “That’s exactly what we need to see in years to come.”