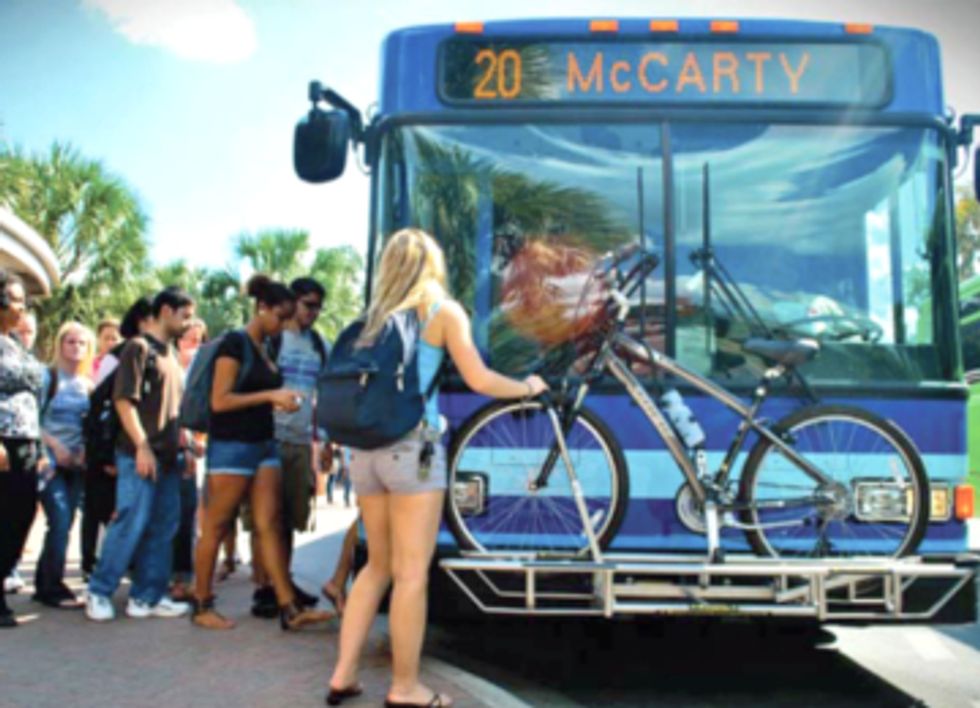 “There’s a national decline in driving that is shared by almost every state,” said Phineas Baxandall, transportation program director for the U.S. PIRG Education Fund. “It’s time for policy makers to wake up and realize the driving boom is over. We need to reconsider expensive highway expansions and focus on alternatives such as public transit and biking—which people increasingly use to get around.”

The report, Moving Off the Road: A State-by-State Analysis of the National Decline in Driving, is based on the most current available government data. Among its findings:

According to new federal government data released Monday, driving has continued to decline over the first half of 2013. This is the eighth year in a row in which per-person driving miles have declined for the nation as a whole.

The report is based on data that is published each year by the Federal Highway Administration but that is scattered across numerous publications. Today’s study is the first major public analysis that assembles this data and uses it to compare state-by-state driving trends.

“Given these trends, we need to press the reset button on our transportation policy,” said Baxandall. “Just because past transportation investments overwhelmingly went to highway construction, doesn’t mean that continues to be the right choice for America’s future.”