U.S. Department of Agriculture Paves Way for Widespread Use of Toxic Pesticides 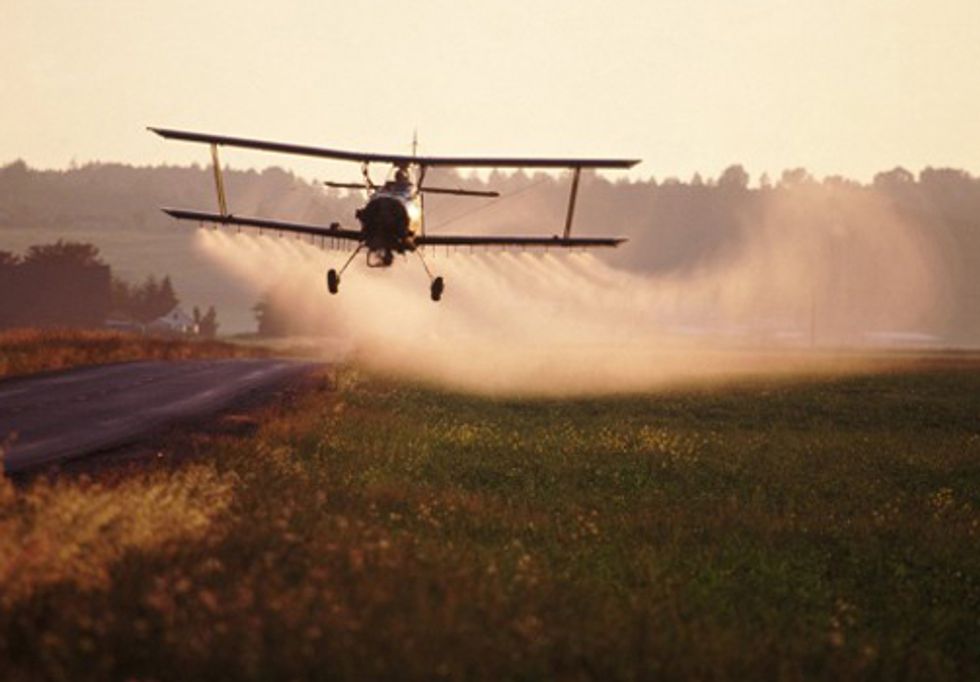 U.S. Department of Agriculture (USDA) is closing out 2011 in much the same way it started the year—approving the use of genetically modified (GM) crops designed to withstand pesticide applications. On Dec. 27, USDA’s Animal and Plant Health Inspection Service (APHIS) approved the use of two more GM crops and announced the availability of assessments for two additional GM crops. The end of the year announcements, however, include a holiday bonus—the department is on the verge of approving not just glyphosate-resistant crops, but crops engineered to withstand the systemic herbicide, 2,4-D.

The move to engineering crops resistant to 2,4-D comes on the heels of reports from the field and in the lab that GM crops—and specifically, those engineered to be glyphosate tolerant—are creating herbicide-resistant weeds. Not a new concept, the “pesticide treadmill” is catching up with biotechnology breakthroughs. Chemical companies must continually develop new and stronger pesticides to combat the unwanted weeds in farmers’ fields that have developed resistance to certain chemicals. The use of glyphosate-tolerant GM crops, and the accompanying use of glyphosate, has created glyphosate-tolerant weeds. Not missing a beat, chemical companies are developing GM crops resistant to stronger pesticides, such as 2,4-D.

APHIS has prepared a plant pest risk assessment and an environmental assessment on the 2,4-D resistant corn engineered by Dow, Inc., as well as assessments on a Monsanto-made soybean engineered to produce an omega-3 fatty acid. APHIS has proposed to deregulate both crops, and is accepting public comment on its determinations through Feb. 27, 2012.

APHIS also announced the full deregulation without conditions of another Monsanto-made soybean, this time with tolerance to glyphosate and a modified fatty acid profile, as well as a corn engineered by Monsanto to be drought tolerant.  (Readers may recall that a competing company, Pioneer, released drought-tolerant corn developed through conventional breeding methods earlier this year.)

In a year marked by a steady stream (and at times, a deluge) of GE crop approvals, National Sustainable Agriculture Coalition developed a policy on genetically engineered crops and livestock that supports farmer choice and enterprise, consumer choice, and a regulatory process informed by independent, open scientific assessment.