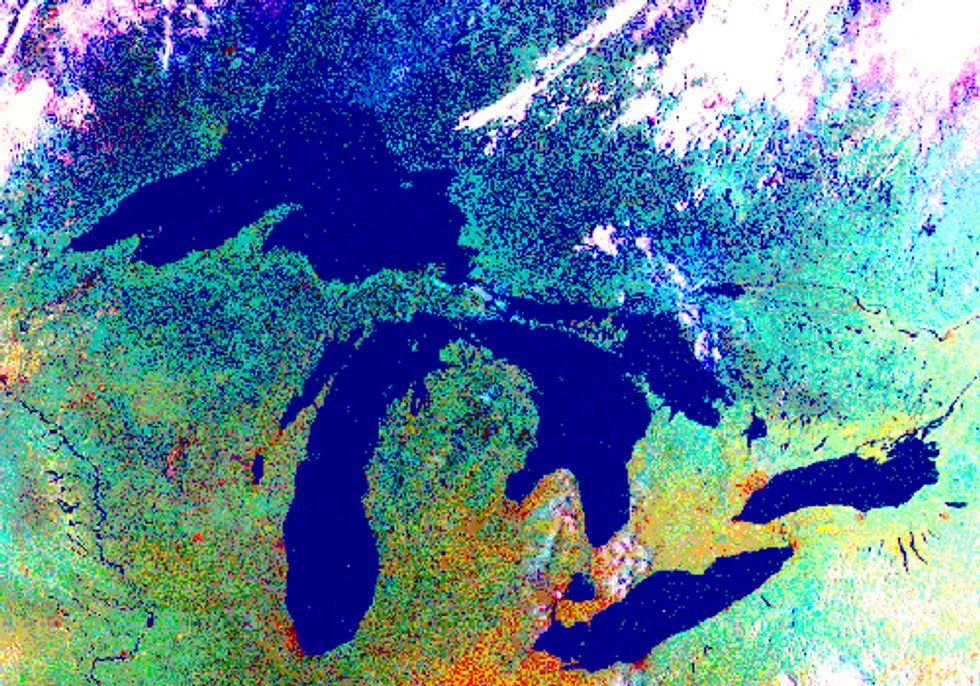 Yesterday evening, the Invasive Fish and Wildlife Prevention Act of 2012 (H.R. 5864) was introduced by Rep. Louise Slaughter (D-NY), and a bipartisan group of nine original co-sponsors to prevent the import of harmful, non-native fish, wildlife, and wildlife diseases. This legislation would strengthen the U.S. Fish and Wildlife Service’s (FWS) ability to designate animals as “injurious,” which cannot be imported or shipped between states without a permit. The legislation would empower the FWS to become proactive rather than reactive in its listing and restriction process, and stop harmful invasive fish and wildlife from ever arriving at U.S. shores.  Original co-sponsors are Reps. Madeleine Bordallo (D-GU),  Sam Farr (D-CA), Raul Grijalva (D-AZ), Maurice Hinchey (D-NY), Dale Kildee (D-MI), Dennis Kucinich (D-OH), Carolyn Maloney (D-NY), Charles Rangel (D-NY), and Mike Rogers (R-MI).

Examples of damaging imported invaders include Asian carp species, specifically the bighead and silver carp. These giant fish were imported in the 1970s, and escaped or were released into the wild. They are now thriving throughout the Mississippi River basin with only an electric barrier keeping them out of the Great Lakes. H.R. 5864 proposes a new process that could have kept these two intentionally imported species out of the country, saving taxpayers millions of dollars in control costs. According to the U.S. Army Corps of Engineers, approximately $204 million has been spent by federal, state, and local governments from 1998 through 2011, in an attempt to stop the spread of these fish into the Great Lakes.

“If this legislation had been introduced decades ago, species like bighead and silver carp would have been banned before the first shipment,” said Jennifer Nalbone, director of Navigation and Invasive Species for Great Lakes United. “We have a lesson to learn from the Asian carp crisis; it’s time to put an updated, proactive approach in place. Our best defense is to screen out potential invaders from imports in the first place.”

For years, the federal government has come under sharp criticism for allowing the import of invasive animal species that cause damage, are a burden to taxpayers, or present safety or health threats.  Examples include venomous red lionfish, originally imported for the aquarium trade and now invading the Atlantic Ocean and Gulf of Mexico, and Burmese pythons originally imported for the pet trade and now menacing the Florida Everglades. The bill would implement a new regulatory process to more rapidly evaluate risks of importing non-native wildlife, and restrict those species that pose serious risks before they are imported to the United States. Current legislation regulating animal imports does not require that animals being imported first be screened for invasiveness, for diseases they might carry, or for the risks they pose to human or wildlife health.

This proposed legislation will create a new FWS screening system within six years, while immediately giving the agency greater flexibility and authority to make science-based decisions regarding prohibiting or restricting live animals in trade. The FWS also would get emergency authority to respond to the animal and human health threats posed by the live animal trade, a known potential vector for pathogens such as the West Nile and monkeypox viruses.

“The existing 112-year-old regulatory process is very slow and utterly inadequate for the massive trade of live wild animals that is occurring in the 21st Century. It’s like continuing to use a musket in the age of unmanned drones,” said Peter Jenkins, spokesperson for the National Environmental Coalition on Invasive Species. “The listing of a damaging, non-native species often occurs after the species has either escaped or been released and become established, and this proves extremely costly for both taxpayers and ecosystems.”

As a leading import market, the United States receives hundreds of millions of live non-native animals each year. Under the current law, it takes an average of four years for the federal government to stop the importation of potentially harmful wildlife. During this time period, an   animal can continue to be imported, potentially entering U.S. ecosystems, where it can spread widely, crowd out native wildlife, fundamentally alter natural systems, and spread infectious pathogens and harmful parasites.

“Representative Slaughter’s action provides a critical opportunity for Congress to close the loophole that allowed harmful invasive species like Asian carp, Burmese python, and red lionfish to enter the country,” said Dr. Bruce Stein of the National Wildlife Federation. “Enacting this bill would be one of the most significant policy advances we can make to prevent future harmful invasions.”

“For several years, Congress has considered bills that would modernize our antiquated and broken regulatory system, but the legislation has stalled,” said Mike Daulton, vice president of Government Relations for the National Audubon Society. “By acting now, Congress can save taxpayers millions of dollars a year in damages and control costs.”

Click here for a fact sheet on the economic impact of imported invasive species and diseases.

Established in 2003, the National Environmental Coalition on Invasive Species (NECIS) is a national network of 18 major conservation and environmental organizations that provides a united expert and scientific voice on invasive species policy. Its leaders include scientists, lawyers, activists, and advocates with many years of experience on invasives policy. For more information, please visit www.necis.net.