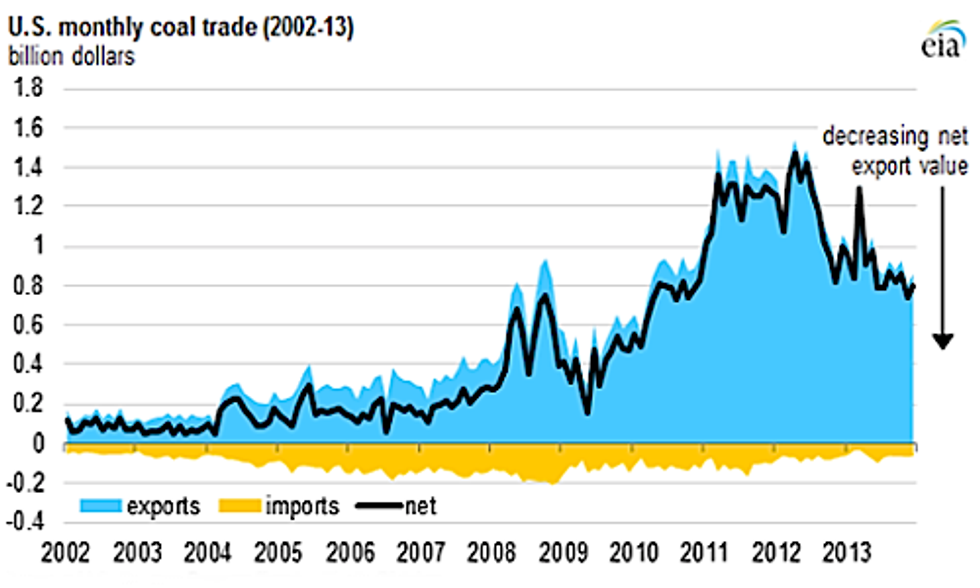 Coal exports in the U.S. have nearly tripled since 2005, according to new data from the U.S. Energy and Information Administration.

Export volumes set a monthly record in March 2013, before declining in the second half of the year.

Domestic coal consumption is continuing to shrink in the U.S., where a combination of low natural gas prices, tightening environmental regulations and the falling price of renewable energy generation are pushing utilities away from conventional coal plants.

As a result, coal producers in the U.S. are looking abroad to find willing buyers.

Sen. Barrasso and his allies have seemingly spent little time considering the environmental consequences of extracting and exporting even more dirty fossil fuels, instead preferring to emphasize the job-creation benefits of expanding the energy sector.