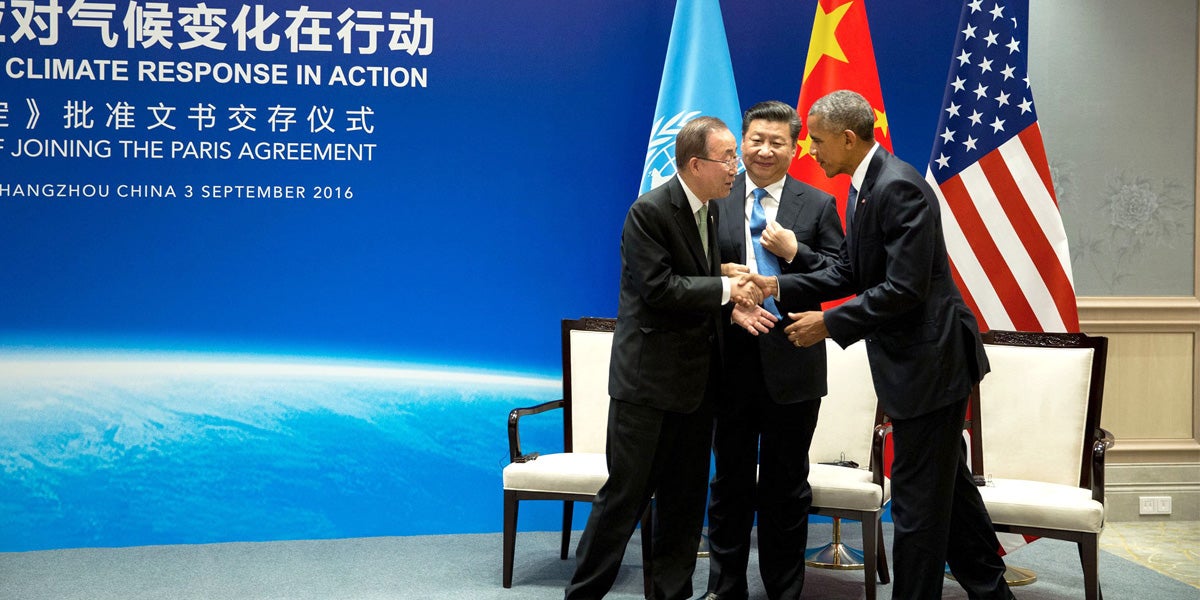 The U.S. and China formally joined the Paris agreement a day before the G20 Summit in Hangzhou, raising hopes that the climate accord could enter into force this year. 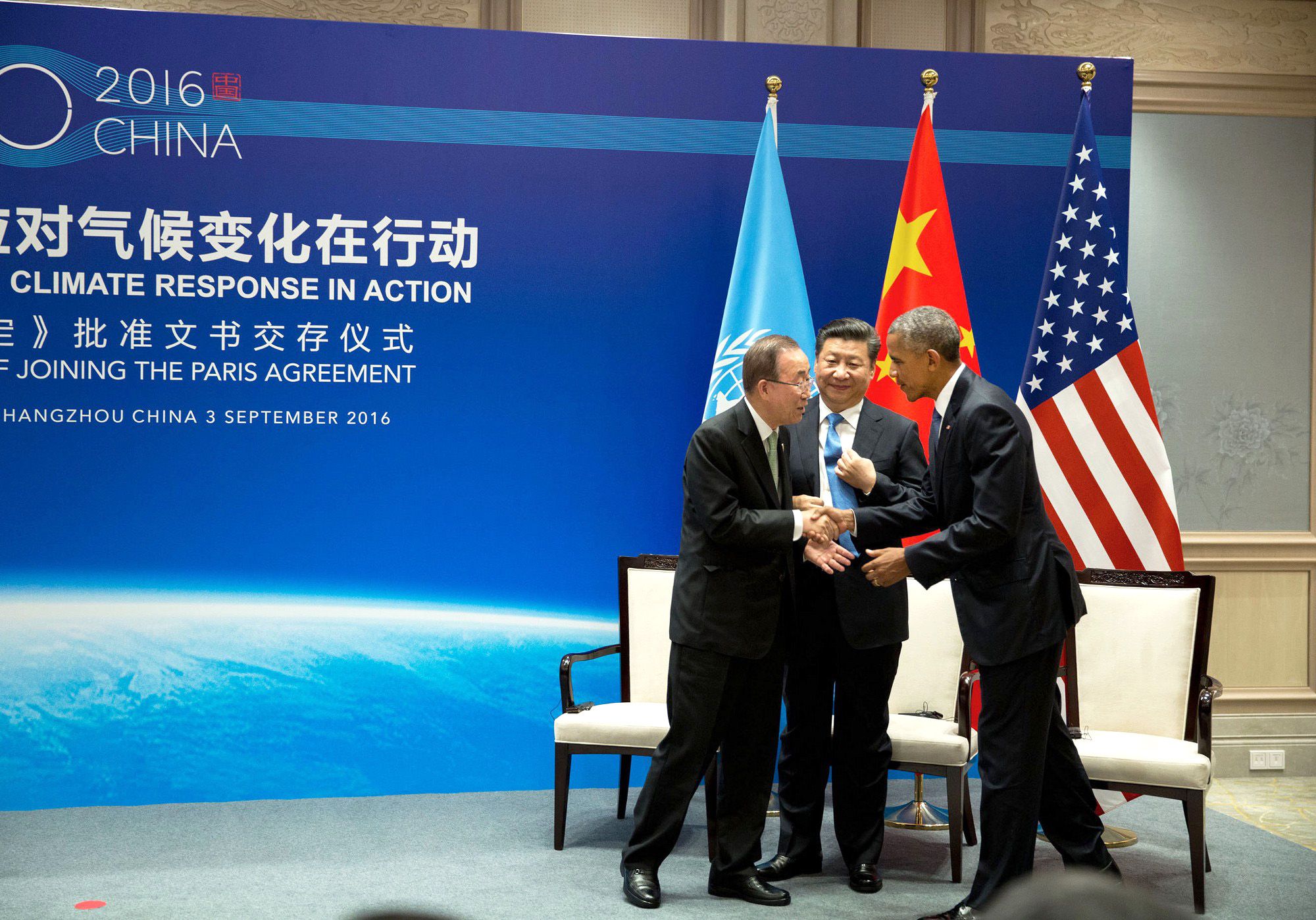 At the end of the summit, G20 leaders committed to ratifying the agreement and said they “welcome efforts to allow its entry into force by the end of 2016.”

Joining the Paris agreement is President Obama’s latest step toward cementing his climate legacy and ensuring that the U.S. remains a global leader on the issue.

It's official: the US has joined the #ParisAgreement pic.twitter.com/qYN1iRzSJk

“Nearly two years ago, the United States and China stood shoulder to shoulder to proclaim their commitment to solving climate change, kickstarting the process that culminated in a worldwide climate agreement in Paris,” Ken Berlin, president & CEO of The Climate Reality Project, said.

“Now, the world’s two largest emitters and two largest economies have taken the next step by formally joining the Paris Agreement. This continued cooperation and leadership on the eve of the gathering of the G20 sets a bold precedent for the rest of the world’s major economies to follow and highlights the interrelationship between expanding economic prosperity and solving the climate crisis.

“Now it’s time for the rest of the world to follow the U.S. and China, formally accept the Paris Agreement, and get to the hard work of implementing and increasing their commitments to solving climate change.”