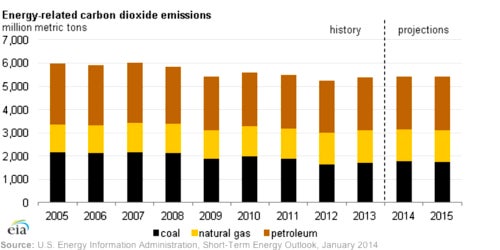 By Yanna Antypas and Tyson Brown

Once all data are in, energy-related carbon dioxide (CO2) emissions in 2013 are expected to be roughly 2 percent above the 2012 level, largely because of a small increase in coal consumption in the electric power sector. Coal has regained some market share from natural gas since a low in April 2012.

However, the impact on overall emissions trends remains fairly small. 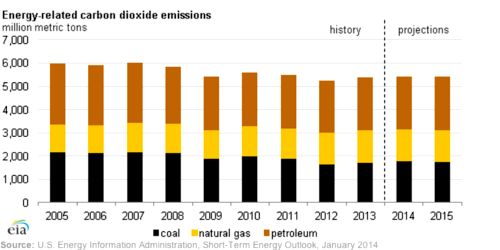 Emissions in 2013 were slightly more than 10 percent below 2005 levels, a significant contribution towards the goal of a 17 percent reduction in emissions from the 2005 level by 2020 that was adopted by the current Administration. This level of reduction is expected to continue through 2015, according to EIA’s most recent Short-Term Energy Outlook. 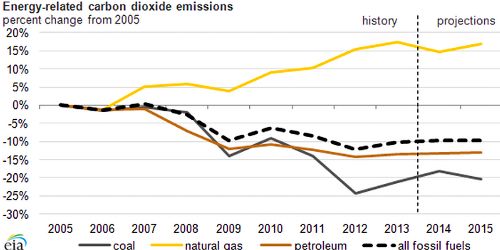 CO2 emissions from energy activities declined four out of six years since their 2007 peak and were historically low (12 percent below the 2005 level) in 2012. From 2005 to 2013, the key energy-economic drivers of a changing U.S. energy landscape included: