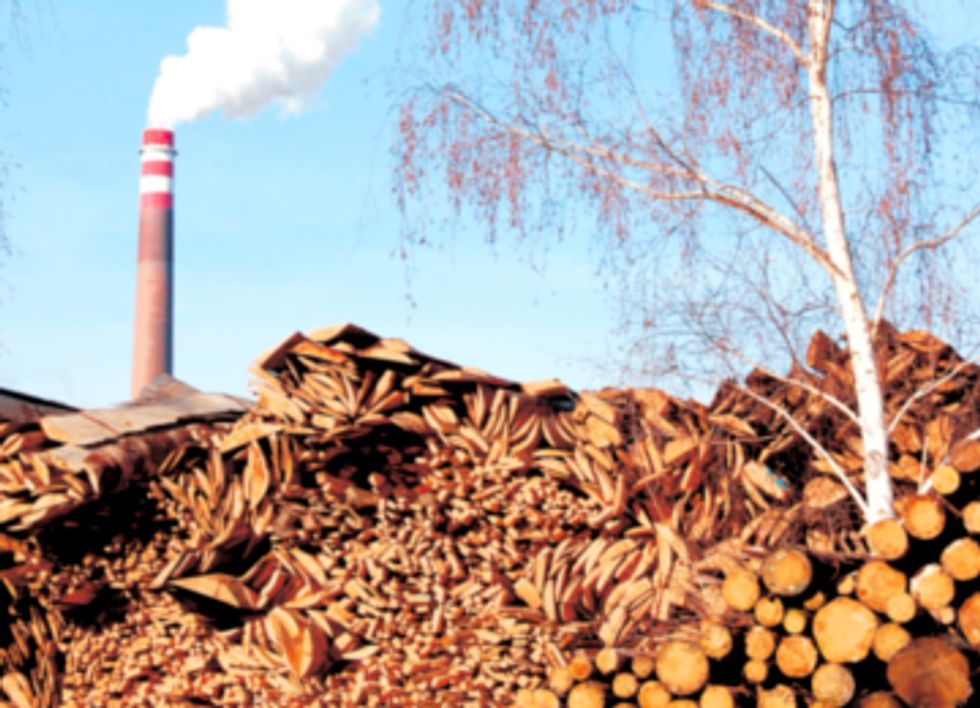 When you think about burning wood to heat your home, you might imagine a cozy fireplace, not a giant power plant. Unfortunately, utility companies in Europe are making massive investments to convert their power plants to burn wood—known as “biomass”—as a replacement for coal and other fossil fuels.

This is despite the fact that recent research shows that burning whole trees in power plants actually increases carbon emissions relative to fossil fuels for many decades—anywhere from 35 to 100 years or more. It also emits higher levels of multiple air pollutants.

The result of this new demand has been the explosive growth of wood pellet exports from North America, most of which originate in our Southern forests here in the U.S., putting into peril some of the most valuable ecosystems in the world.

At the leading edge of this new industry is Enviva, the South’s largest exporter of wood pellets. Enviva harvests trees from Southern forests, chips them in pellet mills and loads the pellets onto ships bound for Europe, where they are burned in utility-scale power plants to keep the lights on in Europe. Not exactly a cozy picture.

New maps and a report published last week by Natural Resources Defense Council (NRDC) and Dogwood Alliance show what’s at stake for the forests surrounding Enviva’s Ahoskie facility—and the multitude of species that depend on them for their habitat. Using Geographical Information Systems (GIS) data layers to show the landscapes and species within the 75-mile radius from which the Ahoskie mill buys trees for wood pellet manufacturing, the results reveal how Enviva has some of the most biologically diverse and environmentally sensitive natural forests in the world in its crosshairs.

Enviva’s Ahoskie mill alone produces roughly 400,000 tons of wood pellets per year for export to Europe as fuel for electricity. To feed the facility, Enviva sources wood from the Southeastern Mixed Forests and the Middle Atlantic Coastal Forests ecoregions, both of which have been designated by the World Wildlife Fund as critical/endangered because of their high biodiversity and the combination of threats they face, including habitat fragmentation and land conversion. Yet less than one percent of the forests in the Ahoskie facility’s sourcing region are protected from logging activities that would degrade native ecosystems.

Natural forests within the Ahoskie mill’s sourcing area have already been reduced to just a small percentage of their original size, with large swaths converted to pine plantations. As the first map shows and the report details, the few remaining natural forests in this landscape are highly fragmented:

The second map identifies locations of wetland hardwood forests surrounding the Ahoskie mill. The Wall Street Journal documented how Enviva sources wood for its flagship pellet-manufacturing mill in Ahoskie, NC, from clear-cut wetland forests in the Mid-Atlantic Coastal ecoregion, some with trees more than 100 years old.

Clear-cutting wetland hardwood forests has serious ecological impacts. Forested wetlands play a vital role as anchors for remaining biodiversity across this broad landscape, offering habitat for waterfowl, songbirds, black bear and a variety of reptiles and amphibians. At the same time, these forests also provide invaluable ecosystem services for communities, including improved water quality, flood storage and the buffering of water flow during drought.

When these landscapes vanish, so do all the benefits they provide—such as critical habitat for wildlife—and water quality and flood protection for nearby communities.

Sadly, much of the forested wetlands in the broad ecoregion from which Enviva is sourcing have already been lost to logging. By using wetland species to make wood pellets, Enviva puts additional pressure on these forests, encouraging clear-cut logging of these sensitive forests.

The third and fourth maps in the series differentiate between the increased presence of pine forests, mostly pine plantations and the few remaining natural forest types in the region:

The massive additional demand for logs being driven by the biomass energy industry now risks destroying ecosystems that can never be replaced. Increased use of wood from natural forests by Enviva and other biomass companies will lead to additional fragmentation of what is clearly an already highly fragmented landscape, decreasing landscape integrity, water quality and flood storage, wildlife corridors and habitats, and recreational resources. Greater use of plantation pine will incentivize future conversion of the few remaining natural and semi-natural forests to intensive plantations, which bear little resemblance to natural forests in terms of the biological diversity and wildlife habitat they support.

Enviva and other companies using biomass or producing wood pellets for utilities must establish adequate policies to protect our climate and forests before expanding their activities.

Quickly shifting our power sector away from coal and other fossil fuels is obviously critical. And while there is a limited role for wood residuals—for example, tops and limbs from logging operations, provided strict sustainability standards are adopted, or sustainably grown agricultural materials that would otherwise end up in a landfill or burned—the right way to do this is through investments in energy efficiency and modern, twenty-first century energy technologies like wind, solar and geothermal.

Cutting down our precious forests to fuel a return to prehistoric energy sources like burning wood is not the solution.