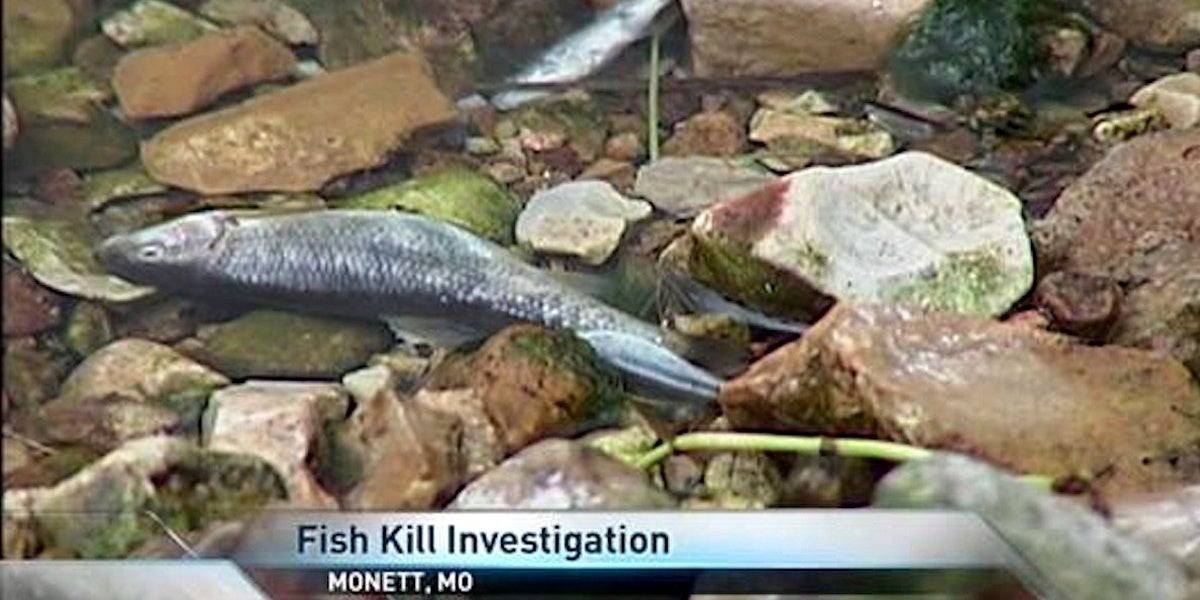 Tyson Foods, the nation’s largest chicken producer, has taken “full responsibility” for accidentally releasing an acidic chemical used in chicken feed into the city of Monett, Missouri’s wastewater treatment system that resulted in the deaths of more than 100,000 fish.

The poultry giant unit pleaded guilty on Wednesday in federal court in Springfield, Missouri on two criminal charges of violating the Clean Water Act that stemmed from discharges at its slaughter and processing facility in Monett, Missouri, the U.S. Department of Justice (DOJ) said.

The Arkansas-based company issued a statement taking responsibility of the 2014 incident. “We deeply regret the mistake that was made and have taken corrective action to make sure it doesn’t happen again. We’re committed to doing better in all areas of our business, especially when it comes to protecting the environment.”

According to the DOJ, one of the ingredients Tyson used in its chicken feed is a liquid food supplement called Alimet, which has a pH level of less than one. A tank that stored the chemical leaked and flowed into a containment area. The company then hired a contractor to remove the substance and take it to the Monett plant. However, the in-house treatment system was not designed to treat the substance. From there, the acidic chemical released into Monett’s municipal waste water treatment plant, and killed bacteria used to reduce ammonia in discharges from the treatment plant into a nearby creek, resulting in the death of approximately 108,000 fish.

Tyson will have to pay a $2 million criminal fine and serve two years of probation, the DOJ said. The company must also pay $500,000 to maintain and restore waters in the Monett area, with a focus on Clear Creek and the adjoining waterways.

Prosecutors said that Tyson will also have to implement environmental compliance programs including: hiring an independent, third-party auditor to examine all Tyson poultry facilities throughout the country to assess their compliance with the Clean Water Act and hazardous waste laws; conducting specialized environmental training at its poultry processing plants, hatcheries, feed mills, rendering plants, and waste water treatment plants; and implementing improved policies and procedures to address the circumstances that gave rise to these violations.

“Tyson’s admitted criminal conduct caused significant environmental damage, including a large-scale fish kill,” Western District of Missouri Acting U.S. Attorney Tom Larson said in written statement. “Today’s plea agreement not only holds Tyson accountable for its actions in Missouri, but requires the company to take steps to insure compliance with the Clean Water Act at its poultry facilities throughout the United States.”