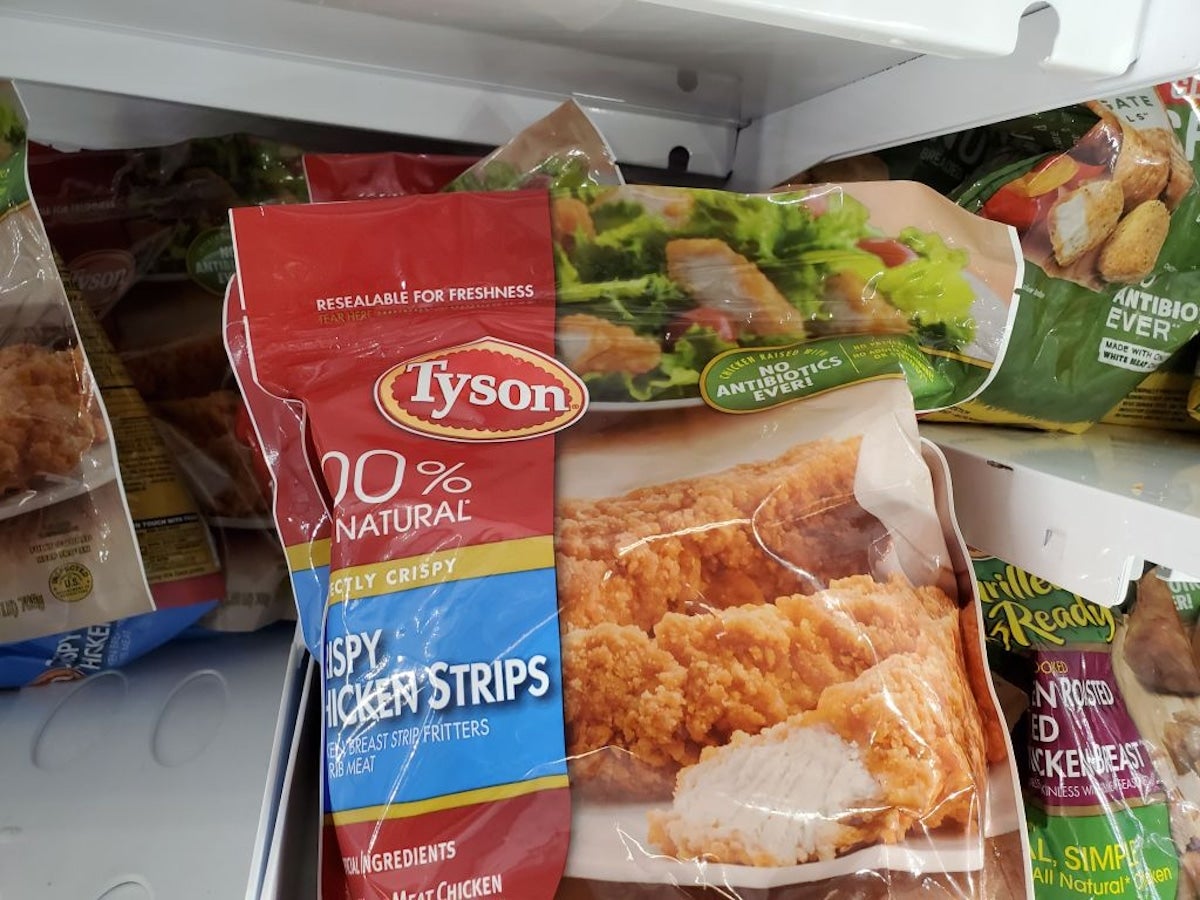 A new report calculates the land that Tyson needs to feed all the meat it processes in the U.S. Smith Collection / Gado / Getty Images

Tyson Foods is one of the largest food companies in the world and produces 20 percent of all of the chicken, beef and pork in the U.S. All of that meat needs to eat, and growing the food to feed it takes a lot of land.

Now, a new report from the Union of Concerned Scientists (UCS) calculated that Tyson needs between nine and 10 million acres of farmland to feed all the animals it processes, an area almost twice the size of New Jersey.

“When a single company has leverage over so much farmland, its actions have substantial consequences,” report author and UCS Food and Environment Program senior scientist Dr. Marcia DeLonge said in a press release. “Tyson could use its power for good by supporting farmers to build healthy soil, but it has a long way to go.”

The amount of land required to grow food for animals to eat is one of the major environmental problems with factory farming. The main crops grown to feed animals are corn and soybeans, and these crops consumed 56 percent of U.S. cropland in 2020, according to UCS. All told, the crops took up an area larger than Texas. While some of that was harvested for biofuels or processed foods, a large amount went to feed farm animals. This takes up land that could otherwise be used to grow food for people.

“If you produce 100 lbs of corn and feed it to beef, you get 3 lbs of edible beef. Because of this, using land to grow feed crops instead of food [for humans] is incredibly questionable – it’s wasteful,” Gidon Eshel, a research professor of Environmental Physics at Bard College who was not involved with the report, told The Guardian.

To calculate how Tyson specifically contributes to this land waste, UCS first estimated the amount of animals it processed in 2020: approximately six million cattle, 22 million hogs and almost 2 billion chickens. The report authors then estimated the amount of corn and soybeans it would take to feed these animals and the acres of land that would be required to grow them.

The way that corn and soybeans are currently grown in the U.S. contributes to several environmental problems by encouraging soil erosion, making farmland more vulnerable to climate impacts, polluting drinking water with manure and fertilizer and contributing to toxic algal blooms through nutrient pollution.

There are other ways to use land, however, and UCS encouraged Tyson to use its influence for good. In 2018, Tyson said it would engage in more sustainable practices on two million acres of feed-crop land by 2020, but it only began the process on 408,000 acres by 2021, UCS said in a press release. Tyson has also pushed back its deadline to 2025. The figures from the UCS report reveal that the company has only made headway on less than five percent of its total “feed footprint.”

“Two million acres is an important step, but not only did they delay that goal, they’ve also only come through on 408,000 acres,” DeLonge told The Guardian.

UCS recommended that Tyson do more to encourage sustainable farming practices in its supply chains. At the same time, it argued that policy makers should ensure that no single company has such a large influence.

“Toward this end, Congress and the USDA should expand programs that encourage farmers to adopt improved farming practices, and advance policies to limit consolidation and increase competition in agriculture,” the report authors wrote.