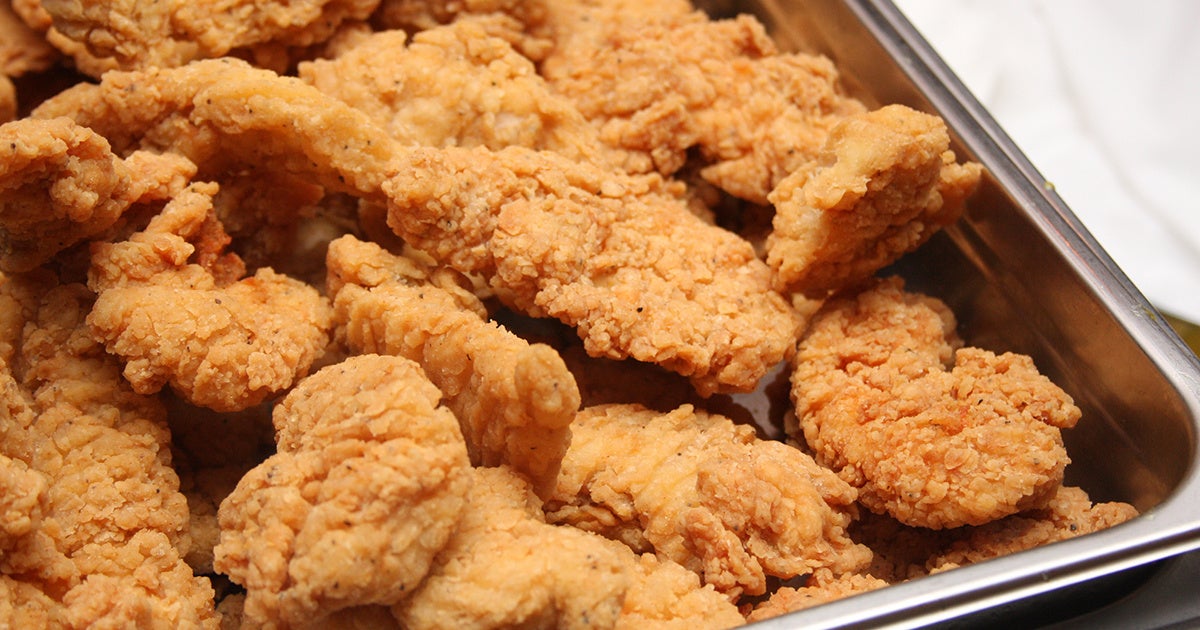 The Fully Cooked, Whole Grain Golden Crispy Chicken Chunk Fritters were not sent to retail stores, but were shipped nationwide to institutions including school cafeterias. They were not included in food distributed as part of the U.S. Department of Agriculture’s National School Lunch Program, the agency said in its recall notice Friday.

Two customers reported finding clear plastic and soft gray plastic in the fritters, the company said in a statement.

“Even though these reports are limited, out of an abundance of caution, the company is recalling 5,814 cases of product,” the Pennsylvania-based company wrote.

“There have been no confirmed reports of adverse reactions due to consumption of these products. Anyone concerned about an injury or illness should contact a healthcare provider,” USDA’s Food Safety and Inspection Service said.

It has been a rough year for Tyson’s chicken products. In January, the company recalled 36,420 pounds of chicken nuggets over rubber contamination. Then, in March, it recalled almost 70,000 pounds of chicken strips after customers found metal fragments in the meat. That recall was later expanded to almost 12 million pounds in May after three people were injured by metal in the chicken strips.

This time around, the impacted products were produced Feb. 28. They have an establishment number of “P-1325” inside the USDA mark of inspection, FSIS said. The full product info is as follows:

“FSIS is concerned that some product may be in food service freezers,” the agency warned. “Food service locations who have purchased these products are urged not to serve them. These products should be thrown away or returned to the place of purchase.”