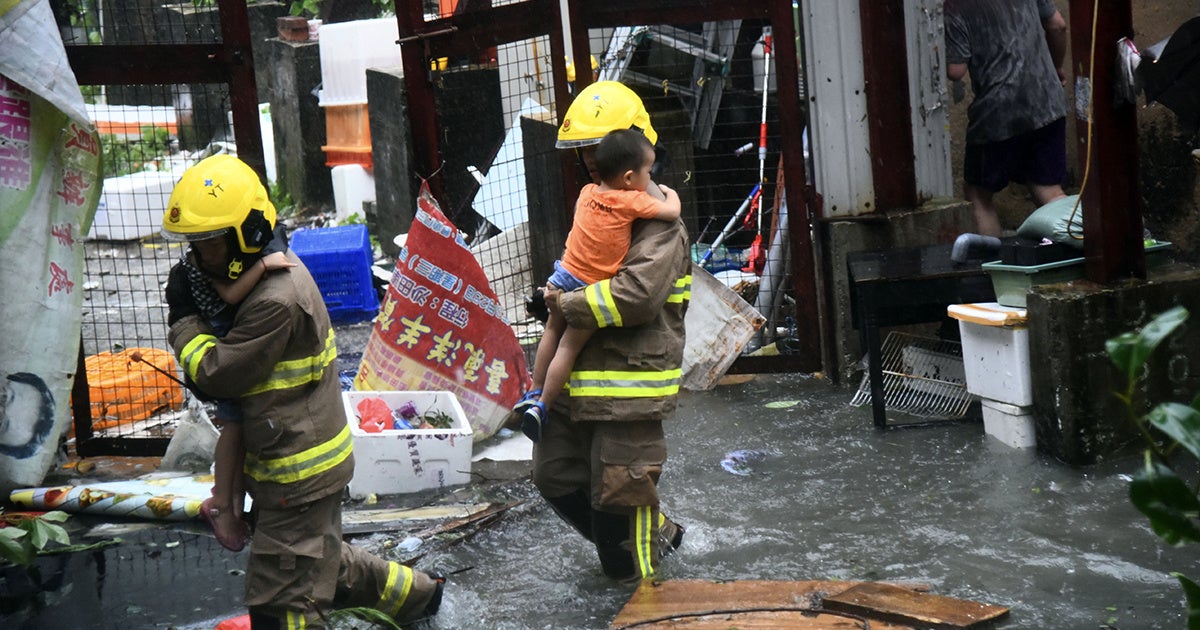 While Hurricane Florence inundated the Carolinas this weekend, Typhoon Mangkhut, the most powerful storm so far this year, battered the Philippines and Hong Kong before moving on to China’s Guangdong Province Sunday, The Huffington Post reported.

The storm first struck the northern tip of the Philippines’ Luzon Island Saturday morning, killing at least 64 in flooding and landslides, The Guardian reported.

The two most devastating landslides were in the mountainous Benguet Province, where 38 died and 37 are still missing, police said.

One of the landslides trapped dozens of miners and their families who had sought shelter in an old mining bunkhouse turned chapel, Itogen Mayor Victorio Palangdan told The Associated Press.

“They thought they were really safe there,” Palangdan said, adding that the villagers were very poor and had few options despite wealthy corporations getting rich from gold mining in the region.

Philippine President Rodrigo Duterte repeated a desire Monday to “close all mining” in the country following the landslides, Reuters reported.

Government officials are also worried about the impact of the typhoon on agriculture in the Philippines, BBC News reported.

The storm devastated the key farming region of Cagayan, and adviser to Duterte Francis Tolentino told BBC News that only a fifth of the region’s produce had been harvested before the storm.

Mangkhut then moved to Hong Kong Sunday, where it shuttered businesses, canceled around 900 flights and injured more than 200, BBC News reported.

Strong winds tore the corner off of a building, collapsed bamboo scaffolding and caused a storm surge that rose around 13 feet, The Huffington Post reported.

“It swayed for quite a long time, at least two hours,” Hong Kong resident Elaine Wong told Reuters of her building, according to BBC News. “It made me feel so dizzy.”

Neighboring Macau closed all of its casinos for the first time in its history, BBC News reported.

More than 2.4 million people were evacuated before the storm struck, and the Chinese state broadcaster said four people had died as of Monday morning.

Schools in the area are closed until Tuesday, The Guardian reported, and the storm will move on to Guizhou, Chongqing and Yunnan provinces later Monday, BBC News reported.

While no study has yet been done assessing the degree to which climate change contributed to Mangkhut, the storm the China Meteorological Administration called the “King of Storms,” as The Guardian reported, is in line with the type of storm expected to become more common as the planet warms.

“We do know that, on average, climate change is making storms stronger, causing them to intensify faster, increasing the amount of rainfall associated with a given storm, and even making them move more slowly,” Texas Tech University atmospheric scientist Katharine Hayhoe told The Huffington Post.