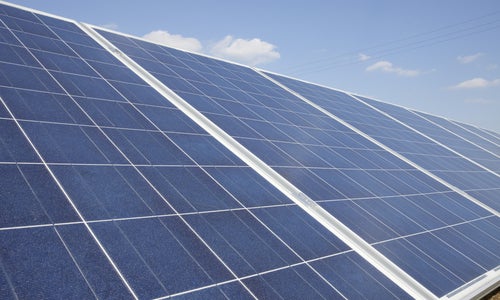 Two universities in the nation’s capital have made the largest non-utility solar energy purchase in the U.S.

George Washington and American universities on Monday announced their joint Capital Partners Solar Project, a 20-year agreement to reduce the carbon footprints of the two universities and the George Washington University Hospital. At 52 megawatts (MW), it is the largest solar photovoltaic project east of the Mississippi River. 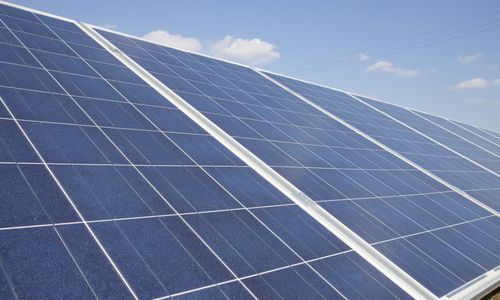 George Washington and American universities made an agreement for the largest non-utility solar energy purchase in the U.S.

The solar power will fuel more than half of the electricity needs for George Washington and American universities and more than one-third of GWU’s hospital’s needs when it is operational in late 2015.

The energy will come from Duke Energy Renewables and avoid about 60,000 metric tons of carbon dioxide when compared to conventional electricity. The project is enough to power more than 8,000 homes, while its carbon reduction equates to taking 12,500 cars off the road.

Designed by Customer First Renewables, the project is a way for the universities to meet goals within their climate action plans at no additional cost. Solar power generated at panel sites in North Carolina will move through a North Carolina grid, into Washington DC’s regional grid.

“American University is firmly on its way to achieving carbon neutrality by 2020,” AU President Neil Kerwin said. “We are home to the largest combined solar array in the District, are resolved to growing green power through our purchase of renewable energy certificates and are now a partner to the largest non-utility solar energy purchase in the United States.”

In 2012, the U.S. Environmental Protection Agency recognized American University as one of four universities across the country helping to advance the development of the country’s voluntary green power market through purchase of renewable energy certificates. The college has 10 green roofs and is also one of three universities in the world using the U.S. Green Building Council‘s LEED Volume certification program. New buildings there are LEED Gold certified, and 25 existing buildings are also tracked for LEED.

George Washington University was the first in D.C. to sign the American College and University President’s Climate Commitment, agreeing to reduce its total carbon footprint by 40 percent by 2025. The university also has four green roofs, eight LEED-certified buildings, with six more targeting certification.