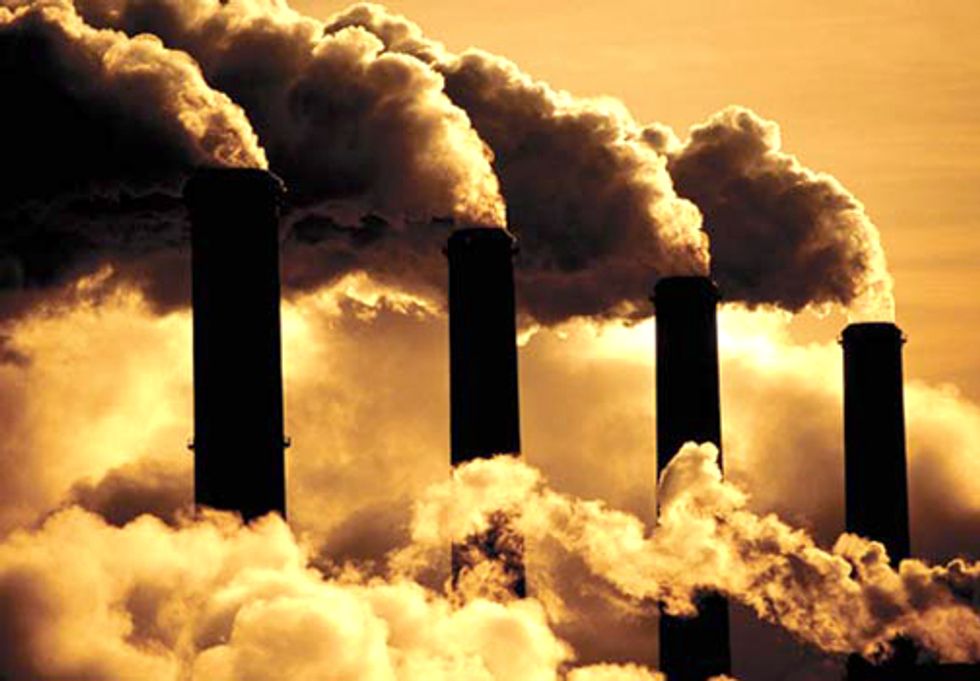 Two thirds of all proven fossil fuel reserves must stay in the ground if the world is serious about avoiding dangerous climate change, according to the International Energy Agency (IEA) in its World Energy Outlook 2012 report released today.

“The IEA’s conclusion reflects sound science. CO2 emissions from burning fossil fuels are destabilizing our climate. We cannot burn fuels like coal and oil indefinitely without paying the price in the form of climate instability, droughts, heat waves and superstorms. The IEA has done the only responsible thing by prominently highlighting this in its report,” says World Wildlife Fund’s (WWF) Global Climate and Energy lnitiative leader Samantha Smith.

“This scientific and blunt assessment should be clearly heard by all countries, investors and the fossil fuel industry itself. This is not only about stopping all new large-scale fossil fuel exploration, such as those in the Arctic; this is about retiring existing dirty energy infrastructure as well, and it is the price to pay to avoid global climate disaster. We quickly needed to transition our energy economies if we are to avoid a climate catastrophe,” says Smith.

Three years ago, the world’s governments committed to staying well below 2 degrees global warming (compared to pre-industrial temperatures) in order to limit dire climate change impacts on biodiversity, food security and poor and vulnerable communities. Already today, with global warming still below 1 degree Celsius, freak weather events such as superstorm Sandy are creating havoc with coastal communities; record droughts this year have severely impacted yields of essential food crops and led to food crisis; and the Arctic Ocean has seen yet another record low in sea ice cover, from which it is unlikely to recover.

Smith says that governments, investors and industry must heed the warning by the IEA. “The IEA is clearly saying it is not too late for climate action, and its strong message to all of us is that we need to act right now,” she says.

WWF is calling for massive new, global investments in clean renewables and a corresponding phase out of investment in fossil fuel projects. “We fully support the IEA’s finding that investments in clean renewables and energy efficiency must expand substantially in nations that have already joined the renewable energy journey, and must start immediately in those nations that are lagging behind,” says Smith. WWF notes that a few developed countries, such as Germany and Denmark, are already doing their part. Others need to both radically increase their domestic investments and invest in a fair transition to renewables in low income countries.

WWF shares the fundamental concern of the IEA that recent commitments to curb fossil fuel subsidies were just empty words by the G20, the club of the world’s mighty nations. In 2011, fossil fuel subsidies grew by 30 percent compared to 2010 and now amount to more than half a trillion USD, or the equivalent of more than twice the GDP of Indonesia, he says.

“If those subsidies were redirected into pro-poor programs or renewable energy access, world governments could still stay below 2 degrees warming and provide access to clean and sustainable energy for the three billion people worldwide who have no or only dirty energy,” says Singer.

Immediate actions and policies are needed before 2017 to prevent dangerous lock-in of global fossil fuel infrastructure, otherwise all the allowable CO2 emissions will be locked-in by the existing energy infrastructure, making the 2 degree objective unachievable. “On this we agree with the IEA,” he says. Fossil fuel infrastructure includes new fossil-based power stations and continued exploration of unconventional fossil resources such as shale gas and shale oil, tar sands and deep sea oil.

WWF also supports the IEA warning of the danger of using freshwater for fossil fuel production in a world where many countries are already experiencing droughts and water scarcity. The IEA notes that freshwater use for energy production is likely to double in the next 20 years unless fossil fuels—particularly shale gas development—and unsustainable biofuel uses are curbed substantially.