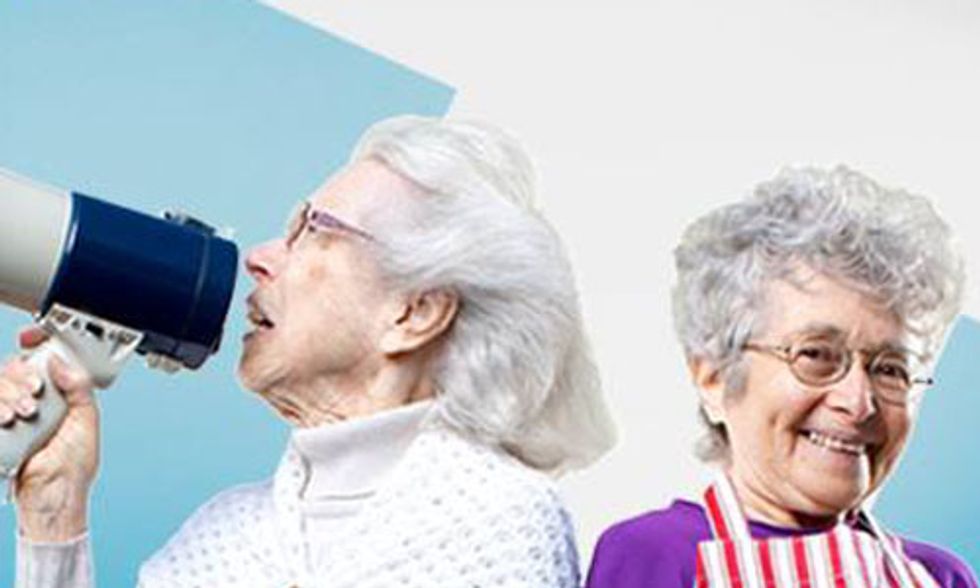 Shirley, 91, and Hinda, 84, just want some answers in this thought-provoking and humorous documentary, Two Raging Grannies, about two elderly women who set out to challenge the notion that constant economic growth and endless consumption are really making us better off, as so many claim.

The pair, who have never shied away from social and political issues (Shirley has been in jail about 20 times for her activism), travel around the U.S. to talk to as many people as possible ranging from the recently homeless to university students to growth economists and Wall Street tycoons. These women question the sustainability of continued economic growth, and demonstrate that it is never—ever—too late to get out and make a difference, says the film.

The two grandmothers are deeply concerned about climate change, the financial crisis and their grandchildren's future. Shirley and Hinda's witty rapport, vivacity and endless quest for answers are sure to simultaneously inspire and entertain you. They get kicked out of a college class for asking too many questions. And then, they even go so far as to crash a Wall Street Dinner to get some answers. Interrupting some bigwig's speech, Shirley slowly takes the stage—cane in hand—and simply asks the room full of financial experts: “Why do we have to keep growing?”