2 Hurricanes Could Strike U.S. on the Same Day for the First Time in History 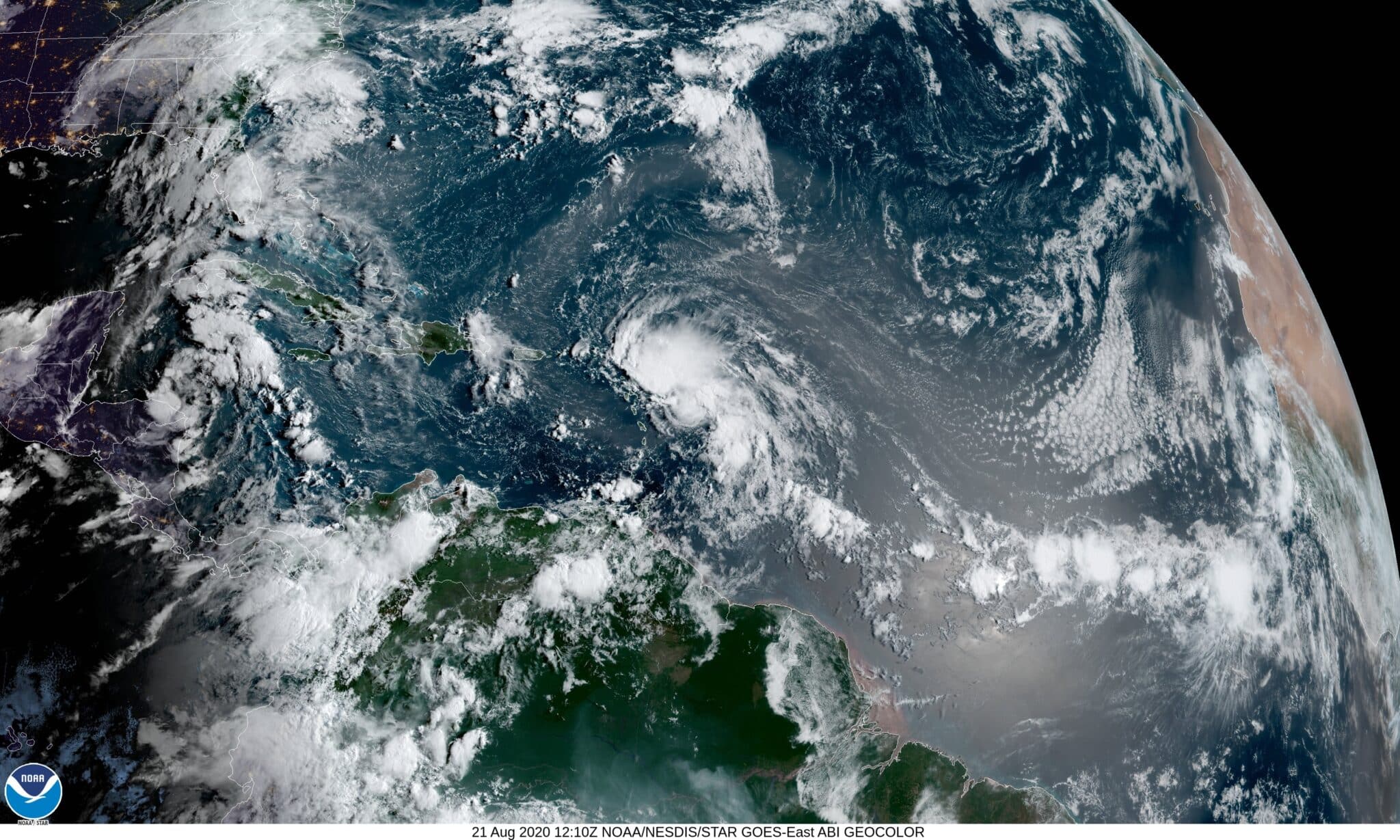 Yet another extraordinary event could be added to 2020’s list of historic disruptions, as two developing hurricanes may make landfall in the U.S. at the same time early next week, according to The Weather Channel.

“What are the odds? It has never happened before that two hurricanes made landfall on the same day,” said Brent Watts, chief meteorologist at WDBJ, the CBS News affiliate in Roanoke, VA, in a tweet. “A tropical storm and a hurricane made landfall at Midnight on Sep. 5, 1933. We’ll see how this plays out over the next 5 days.”

If the two developing storms strengthen into systems with sustained winds above 39 miles per hour, they will be named Laura and Marcos, respectively. That will mark the earliest L and M named storms in history, according to CBS News.

“Tropical Depression 14 has formed in the western Caribbean,” said Phillip Klotzbach, a meteorologist at Colorado State University, in a tweet, “The next Atlantic named storm in 2020 will be #Laura. Current Atlantic record for earliest ‘L’ storm is Luis on August 29, 1995.”

On Thursday, Tropical Depression 14 formed in the Caribbean Sea due south of Cuba and east of the Guatemala-Nicaragua border. It is expected to move up through the Gulf of Mexico, past Cozumel and up towards Houston and the Gulf Coast, according to the National Hurricane Center, as WTVD in Raleigh, North Carolina reported.

The current projections have both storms passing through the Gulf of Mexico and barreling into the coast at the same time on Wednesday morning. Tropical Depression 13 is expected then to hit the Florida panhandle and Alabama, while Tropical Depression 14 has Texas and Louisiana in its cone.

Just because Tropical Depression 13 formed first does not mean it will be named Laura. The designated ‘L’ name will go to the storm that first crosses over from depression to tropical storm, according to WTVD.

If the two are in the Gulf of Mexico at the same time next week, one will likely strengthen at the expense of the other, according to CBS News.

Earlier this year, scientists with the National Oceanic and Atmospheric Administration (NOAA) predicted an extremely active hurricane season, with roughly 24 or 25 named storms. That would make 2020 the second most active season on record, slotting it behind the 28 that took place in 2005. And yet, all signs so far say that 2020 will blow past that mark since we may see 14 named storms by the end of the weekend and we are weeks away from the halfway mark of hurricane season, according to CBS News.

The normal peak for hurricane activity is around Sept. 10, with the season running through November.

The hurricane season starts on June 1, but the arrival of tropical storm Arthur on May 16 made this the sixth consecutive year that the season started in May.