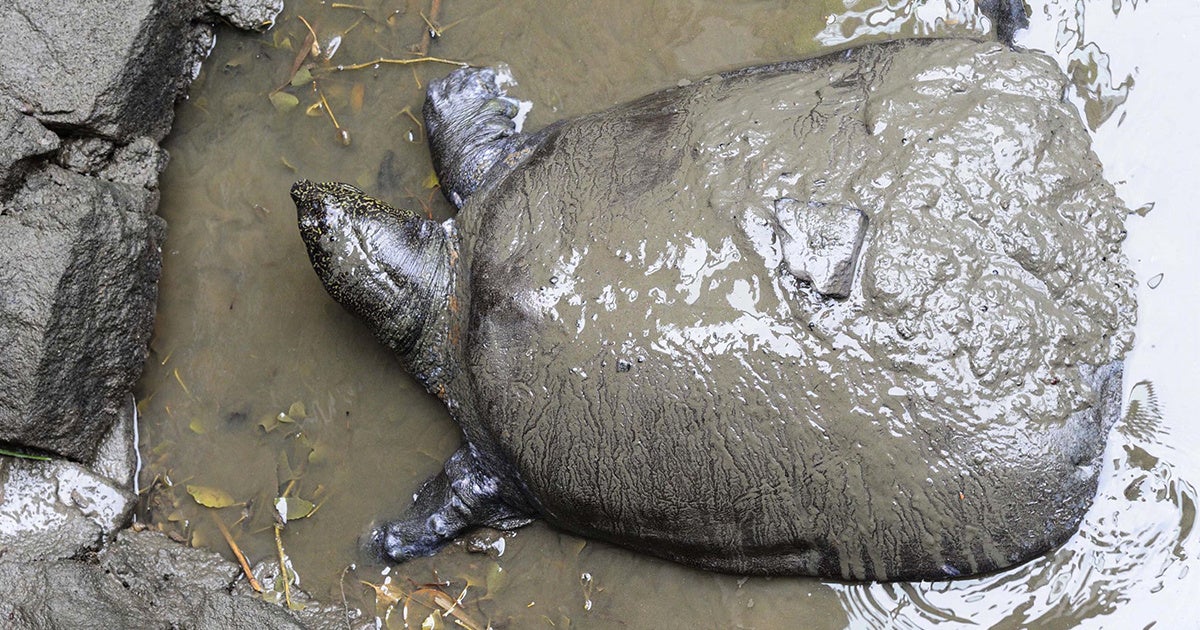 The last known female Yangtze giant softshell turtle (Rafetus swinhoei) has died, putting the critically endangered species at risk for extinction. There are now only three left in the world.

The turtle lived at Suzhou Zoo in China, where researchers attempted to artificially inseminate her Friday, according to the Suzhou Daily, as CNN reported.

“Sadly the female Rafetus did not wake up and after 24 hours died,” conservation group the Asian Turtle Program (ATP) wrote in a Facebook Post.

In an earlier post, before the death was confirmed, ATP lamented what it would mean.

“As she was the only captive female globally this would be a tragic loss for such a rare species,” the group wrote.

Researchers said that the turtle was in good health before the procedure, and that the procedure appeared to go smoothly, the Associated Press reported. They will conduct an autopsy to determine the cause of death.

This was the fifth time that the more-than 90 year old turtle had been artificially inseminated. Researchers said they would store ovarian tissue samples “for future use,” according to CNN.

There are now three of the turtles remaining, one male at the same Suzhou Zoo and two in the wild in Vietnam. One lives in a lake called Dong Mo and is estimated to be around 40 or 50 years old. The other was just discovered last April in Xuan Khanh lake, offering a rare bit of hope for the species, The New Yorker reported in December of 2018.

The genders of the Vietnamese turtles are unknown, but plans are underway to change that, The New Yorker explained:

Last year, a paper published in Scientific Reports showed that, contrary to prior understanding, softshell turtles possess sex chromosomes, which means that they can be sexed using DNA analysis. Minh Le, an evolutionary biologist at Vietnam National University and a research associate at the American Museum of Natural History, told me that preparations were already being made for a test on the Dong Mo turtle. (DNA samples were procured during its escape and capture in 2008.) Assuming things go smoothly, they should have results early next year.

The Yangtze giant softshell turtle is the largest freshwater turtle in the world, AFP reported. It can grow to be as much as 39 inches long and weigh as much as 220 pounds. It has been driven to the brink by a combination of hunting, pollution, shipping traffic and the building of dams.

In the New Yorker article, Brent Crane explained what it was like to see one in the wild during a visit to Vietnam.

“The head, coconut-size and with giant flared nostrils, was painted in squiggles of lime and pine green,” Crane wrote. “Its bottom jaw was yellow. Sparkling in the sunshine was the long, thin bulge of the turtle’s carapace. We watched it floating there for several minutes, passing the binoculars back and forth, keeping quiet. Then, as quickly as it had appeared, it was gone.”

100% of Sea Turtles in Global Study Found With Plastics in Their Bellies https://t.co/GkFkFTNjdn