20 Canned Tuna Brands Ranked: How Sustainable Is Your Brand? 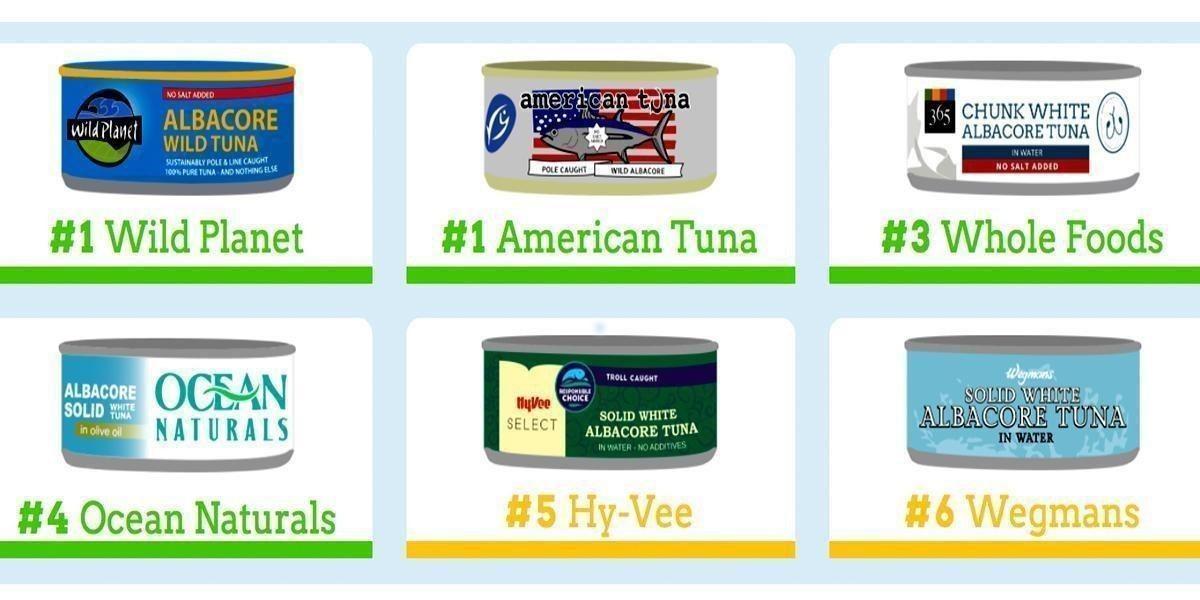 The U.S. is the largest market for canned tuna in the world. U.S. consumers purchase countless cans and serve up thousands of tuna melts day after day.

Today’s flashy labels and PR claims from supermarket and national tuna brands can be confusing and sometimes deceiving. Even worse, much of the canned tuna available in the U.S. comes from destructive fishing practices and could be linked to human rights abuses.

Greenpeace is campaigning to clean up this dirty global industry to ensure workers’ rights and healthy oceans for generations to come. We collectively have the power to transform the tuna industry, and that starts by being informed. That’s why today we’re excited to share our brand new canned Tuna Shopping Guide—en Español, too!

We evaluated 20 well-known brands on their sourcing policies, whether they avoid shark finning and destructive fishing practices, whether they can trace their products back to sea, and how they protect human rights for seafood industry workers.

Click through to see how your favorite canned tuna brand ranks.

Wild Planet and American Tuna tied for first place, followed by Whole Foods and Ocean Naturals as the best choices for conscious shoppers. Walmart (18th), H-E-B (19th), and StarKist (20th) are the worst-ranked due to their reliance on destructive fishing methods and outstanding questions about the social responsibility of their products.

The differences between those at the top and the very bottom of our ranking couldn’t be more pronounced.

While only 55 percent of the brands we assessed passed, that’s up from around 40 percent when we ranked popular brands in 2015. Only a few years ago, Whole Foods led the nation as the first retailer to offer responsibly-caught store brand canned tuna. Today, 11 of the 14 retailers we assessed carry at least one responsibly-caught store brand product. That’s a big deal—you might even call it the beginning of a tuna revolution.

These changes are happening because consumers like you demanded them.

As the call grows louder for seafood that doesn’t wreck the oceans or perpetuate human rights abuses, it’s time for some of the biggest in the industry that are failing to show some leadership. You guessed it: Costco (13th), Walmart (18th), and the big three tuna brands—Chicken of the Sea (15th), Bumble Bee (17th), and StarKist (20th)—all failed in this year’s Tuna Guide.

The largest three tuna brands, in particular, are dragging down the U.S. market in a sea of ocean destruction. Chicken of the Sea, owned by the world’s largest tuna company Thai Union, has a chance to right its ship. Its parent company has made bold claims on sustainability and human rights, though it remains to be seen how that translates into real action and better tuna for customers. The company still has a chance to lead and continue moving the industry in the right direction, but we need your help to demand immediate action.

Join us! Ask Chicken of the Sea to commit to protect the oceans and seafood workers.

If you’re going to buy canned tuna, the next time you look on store shelves consider how your choices will impact the oceans and seafood workers. Keep the Tuna Shopping Guide close by, share it with your friends and family, and let your grocery store manager know why they should carry responsibly-caught canned tuna.

Together, we can protect the oceans for future generations.