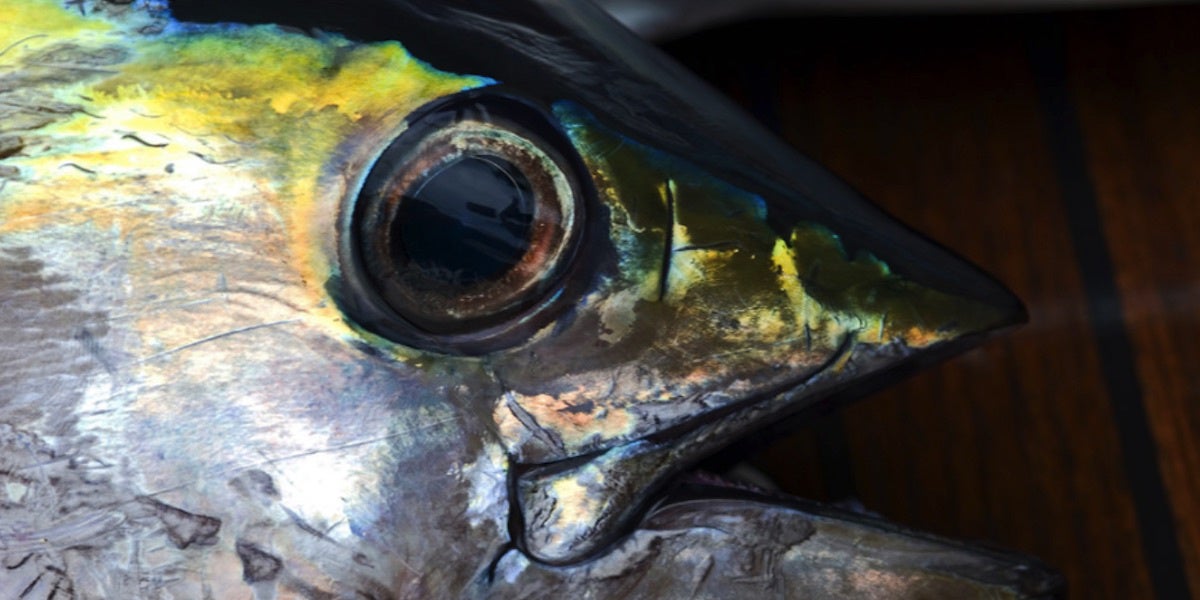 The next time you go out for seafood, you might want to ask where the tuna was caught.

According to new research from the Scripps Institution of Oceanography at the University of California San Diego, the levels of persistent organic pollutants (POPs) in the muscle tissue of yellowfin tuna caught in the more industrialized areas of the northeast Pacific Ocean and northeast Atlantic Ocean can be as much as 36 times higher than in tuna caught in pristine waters of the West Pacific Ocean.

POPs are of global concern because they can be resistant to degradation and can accumulate in the environment and organisms alike, meaning they can pass from one species to the other through the food chain. POPs include pesticides, flame retardants and polychlorinated biphenyls (PCBs)—a banned and highly hazardous group of compounds once used for paints, electrical equipment and other products.

For the study, published in the journal Environmental Health Perspectives, researchers analyzed the containment levels of 117 yellowfin tuna caught around the world. While most of analyzed tuna would be considered safe under current consumption guidelines, the researchers noted that 90 percent of the tuna captured in the northeast Atlantic Ocean and more than 60 percent of those caught in the Gulf of Mexico contained pollutant levels that would have triggered health advisories for populations with increased risks of food-borne illnesses, including pregnant and nursing women or people with compromised immune systems.

“Surprisingly, only a few types of pollutants detected in tuna had regulatory information available to calculate meal recommendations,” said Scripps postdoctoral researcher Sascha Nicklisch, who led the study. “An important issue raised by the study is how to guide science and policy on possible hazards associated with these chemicals in our food sources.”

The researchers were also surprised to find Transporter Inhibiting Compounds—pollutants that can to impair the human body’s defense system against chemicals and toxins—in samples from the most contaminated sites.

The study suggests that tuna consumers should know the origin of catch to avoid exposure to these pollutants.

Nicklisch told the San Diego Union-Tribune that fish caught off of Asia and in the Pacific Islands were relatively clean.

“The sites where we caught them are known to be more pristine, such as kingdom of Tonga,” he said.