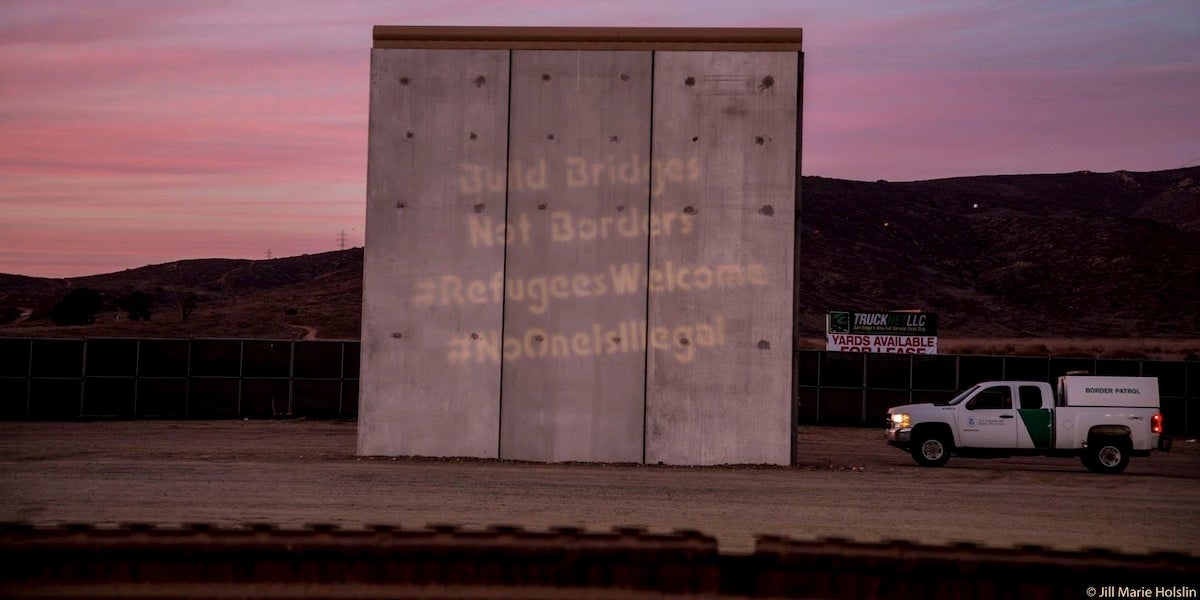 President Donald Trump‘s unrelenting bid to build a wall on the southern border has not only held up much of the federal government for 24 days and counting, its construction could be devastating to the environment and local wildlife.

Now,
in a epic Facebook post shared more than 100,000 times, an actual structural and civil engineer explained why the project is also a “monumental waste of money” and will be ineffective if it ever goes up.

“Trump did not hire engineers to design the thing. He solicited bids from contractors, not engineers. This means it’s not been designed by professionals. It’s a disaster of numerous types waiting to happen,” she added.

Patrick teaches structural analysis and design at the
University of Houston and says she has been deposed as an expert witness in matters regarding proper wall construction, making her a literal “court-accepted expert on walls.”

She shared three major concerns about the wall, including how it could impede the movement of water during flash floods and increase the risk of
flooding; that it could disrupt the surrounding ecology; and that the wall prototypes so far are “nearly impossible to build or don’t actually do the job,” citing an article from Engineering.com.

Trump has demanded Congress hand over more than $5 billion to fund the unpopular wall, and
even sought $25 billion for it at one point.

But when all is said and done, Patrick estimates the wall could be as “higher than $50 billion” and won’t even be finished in the president’s lifetime due to “rework, complexities beyond the prototype design, factors to prevent flood and environmental hazard creation, engineering redesign” and other complications.

The structural forensicist is certain that the project “WILL go wrong” and noted that others in her field might not even want to work on the controversial project, as “a large quotient of us are immigrants, and besides, we can’t afford to bid on jobs that are this political.”

“We’re small firms, and we’re already busy, and we don’t gamble our reputations on political footballs. So you’d end up with a revolving door of contractors making a giant, uncoordinated muddle of things, and it’d generally be a mess. Good money after bad. The GAO agrees with me,” she said.

Further, she argues that the wall “won’t be effective” and could, right now, easily scale it with a 32-foot extension ladder and a cheap custom saddle.

“Another thing: we are not far from the day where inexpensive drones will be able to pick up and carry someone,” Patrick wrote. “This will happen in the next ten years, and it’s folly to think that the coyotes who ferry people over the border won’t purchase or create them. They’re low enough, quiet enough, and small enough to quickly zip people over any wall we could build undetected with our current monitoring setup.”

Patrick is not alone in her derision of Trump’s pet project. Most voters remain are strongly opposed to a wall on the Mexican border, according to a
Quinnipiac poll released Monday, with 55 percent saying that they reject every argument for the wall.

Opponents also worry that the wall will dissect a border tribe, degrade the natural landscape and threaten 93 endangered and threatened species, including jaguars, ocelots, Mexican gray wolves and cactus ferruginous pygmy owls, according a study from the Center for Biological Diversity.

“Let’s have border security, by all means, but let’s be smart about it. This is not smart. It’s not effective. It’s NOT cheap,” Patrick concluded. “The returns will be diminishing as technology advances, too. This is a ridiculous idea that will never be successfully executed and, as such, would be a monumental waste of money.”