The Facts About Trump’s Solar Tariffs – Who Gets Hurt? Who Gets Helped? 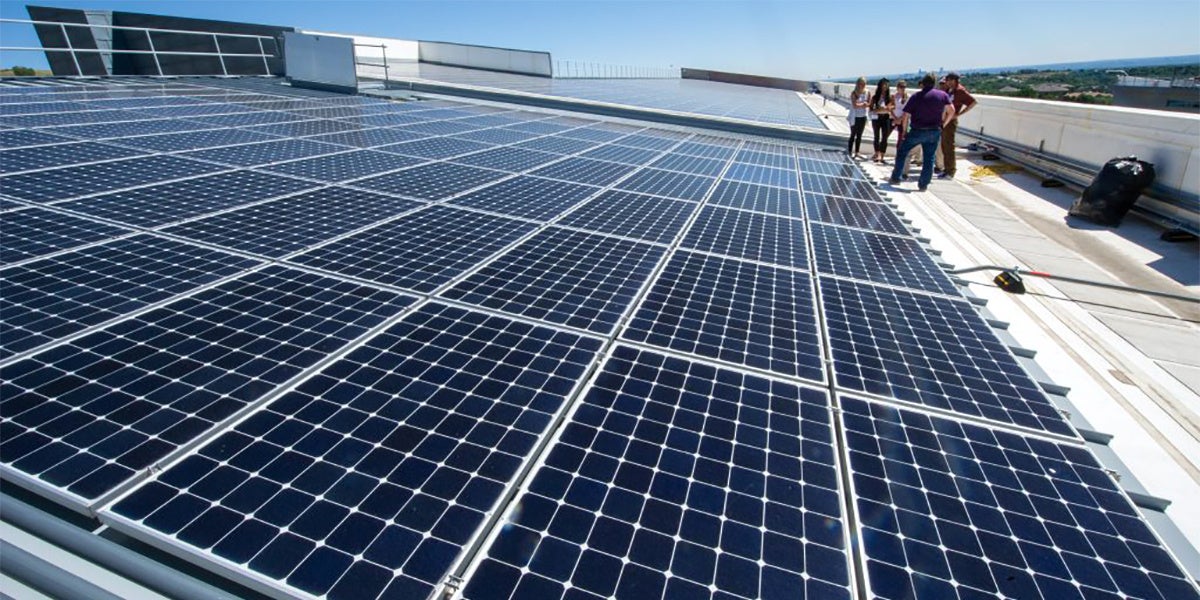 The solar-related shoe we’ve been expecting has finally dropped: President Trump recently announced new taxes on imported solar cells and modules. There’s plenty of downside to his decision, in terms of solar progress, momentum and jobs. But will it revive U.S. manufacturing?

First, the what. The tax has come in at 30 percent for the first year (starting this month), then it drops 5 percentage points each year through year four, before going away completely.

The worst of both worlds? The Trump solar tariffs USTR

Imports from most of our major trading partners in this area are covered by this: China, sure, but also Taiwan, South Korea, Malaysia (the origin of the biggest slice of our solar imports in recent times), Canada, Mexico…

The downside of this is pretty clear: A tax on imported solar cells and modules raises the prices of those products. And that makes solar more expensive for all of us.

That unfortunate Trump Bump will be felt more in large-scale solar projects, where solar panels make up more of the cost of the project. We’re already hearing of projects cancelled or delayed because of the tariffs or, earlier, the specter of tariffs.

But it’s not just the large projects: The tariff also makes systems for folks like you and me—rooftop systems or community shared solar—more expensive. Solar will still be as cheap as electricity from your local power company in a lot of states. But other states where solar had just become competitive by that metric will now fall back.

The foregone projects and home systems mean foregone megawatts of solar capacity. Projections say 7,600 megawatts of solar won’t happen because of the tariffs over the next five years—more than a million homes’ worth—compared to close to 12,000 megawatts installed during 2017. And without that solar, we don’t get the benefits that come from that solar.

So that answers part of the “who”: The Trump solar taxes hit you, me, our communities and our power system.

Another really important “who” gets right to the heart of the purported purpose of the tariffs: the U.S. solar industry’s workforce. The tariff case came about because of a couple of U.S.-based manufacturing operations that were having a hard time competing in the global marketplace. Making imports more expensive helps local producers compete, goes the thinking.

But does it? As that chart above shows, these tariffs are brief, and step down pretty quickly. Don’t attribute that to the president’s lack of desire to help (or any misgivings on his part about the wisdom of doing this at all): The relevant section of the U.S. trade code limits the “remedy” to four years, and requires it to drop every year.

The tariffs also actually lower than the tax/quota proposals put forth by the U.S. International Trade Commission, which evaluated the original petition.

To be clear, I’m definitely not advocating longer or higher solar tariffs (or any new tariffs at all). But this seems like sort of the worst of both worlds: tariffs that are high enough, at least at the beginning, to dent solar’s momentum, but that aren’t high enough or sufficiently long-lived to get much in the way of new U.S. solar factories built.

“Anyone expecting a U.S. manufacturing renaissance as a result of these tariffs is set to be disappointed… A tariff lasting only four years and ratcheting down quickly is unlikely to attract any manufacturing investment that was not going to occur anyway.”

And actually, the tariffs may not even last four years: The last time a president tried doing something like this (for steel, in that case, in 2002), the tariffs lasted less than two years (and damaged other sectors of the economy) before the U.S. pulled the plug because of World Trade Organization issues. And the legal action against these new import taxes has already started, with several Canadian companies filing suit earlier this month.

Moves like President Trump’s can also prompt retaliatory action. U.S. makers of the polysilicon that solar cells are made from are still suffering from the tariffs that China put on those materials when the Obama administration put its own taxes on Chinese solar (in reaction to perceived dumping of products below cost).

Who They Hurt, Part II

In the meantime, the U.S. solar workforce has to deal with the reality of President Trump’s decision. While solar employment has been impressive (and a whole lot more impressive than coal’s), last year, for the first time since data started being collected in 2010, we lost solar jobs—10,000 out of 260,000, or 4 percent.

The Trump tariffs are only responsible for a piece of that—the cooling-off after a big solar push in 2016 was a big factor—but the uncertainty that the trade case provoked, the rise in prices in anticipation of tariff action, and our president’s unpredictable nature sure didn’t help.

The tariffs do look to be a big factor for jobs in the near term, and not in a good way there either. The Solar Energy Industries Association (SEIA), calling the president’s decision “a loss for America”, is projecting 23,000 fewer US solar jobs this year than under business as usual because of the higher prices. That drop equals more than 10 times the number of current U.S. solar cell/module manufacturing workers, meaning we’d have to have an incredible amount of growth in manufacturing just to make up for the losses elsewhere.

So, where does that leave us?

On balance, these new tariffs aren’t likely to be a good thing. It’s pretty clear that the policy itself will cost more American jobs than it’ll fuel. The higher prices will drive some projects and people out of the market. And anything that disrupts solar’s incredible momentum is unwelcome.

Whether U.S. manufacturing will experience a resurgence depends on a lot of factors, with the new tax being just one part. We’ll hope for the best on that count, but I’m not sure I’d put my money on it. (If you’re looking to invest, there are plenty of other opportunities to get a piece of the action, given that the U.S. solar industry is about so much more than cell/module manufacturing).

However it plays out, solar as a whole is strong, powerful, irresistible. The industry—and many customers—will persevere. The tariffs will hurt (and already have), and may help very little. At a recent solar conference, though, I heard one analyst say the tariffs would be “impactful, but not devastating,” and another call this “a speed bump, not a brick wall,” forcing solar to slow down, but not stopping it. Lots of other forces and needs are pushing solar to accelerate instead.

So drive on, solar. We’re with you.