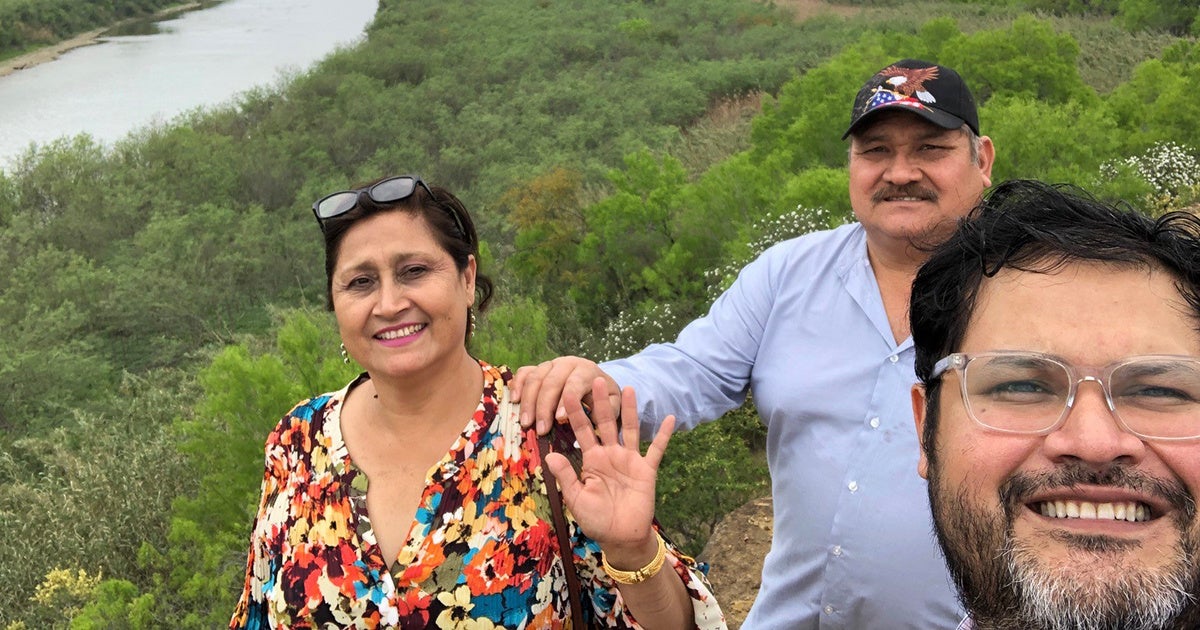 Torres and his parents walk along the Rio Grande. Luis Torres / Earthjustice

For some people who live along the U.S.-Mexico border, President Trump’s attempt to declare a national emergency and extend the border wall is worse than a wasteful, unconstitutional stunt. It’s an attack on their way of life that threatens to desecrate their loved ones’ graves.

That’s why Earthjustice is helping them take the Trump administration to court and put a halt to this abuse of power. On March 14, we filed a lawsuit on behalf of border residents including the Ramirez family of San Juan, Texas, who own the property where the 154-year-old Eli Jackson Cemetery is located. If construction on the border wall proceeds, it may require the exhumation and desecration of remains within the cemetery.

“President Trump’s so-called border ’emergency’ would make it harder for our family, our children, and our children’s children to visit our loved ones’ final resting places,” says Dr. Ramiro Ramirez. “For months now, we’ve lived with the uncertainty of what might happen to our home, our cemetery, and the land we’ve lived on for generations. Enough is enough.”

Our clients in this lawsuit also include the Carrizo/Comecrudo Nation of Texas, whose ancestors inhabited the Rio Grande Valley for centuries and whose sacred sites would be disturbed by wall construction; Elsa Hall, a landowner on the border; the Rio Grande International Study Center (RGISC); and a number of local and national leaders representing affected communities.

Earthjustice senior legislative representative Luis Torres understands firsthand how additional miles of wall will rip apart communities. He grew up on the Texas side of the Rio Grande River, in a family that straddled the border. Here, he describes the border he knows and why we must fight Trump’s wall. 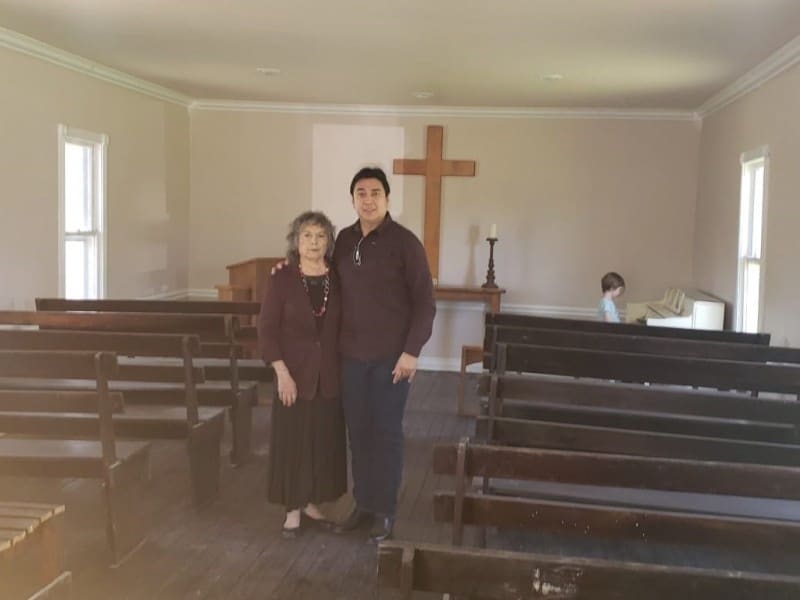 Descendants of Eli Jackson stand in a 145-year-old Texan church that bears his name. Construction on Trump’s border wall may desecrate a cemetery next to the church.

The following are remarks Torres originally prepared for “Voices from the Border: the Social and Environmental Impacts of the Border Wall,” a congressional briefing hosted by GreenLatinos, Earthjustice, and United We Dream Action.

I was born and raised on the border, in the city of Laredo, Texas, which sits on the Rio Grande River across from Nuevo Laredo, Mexico.

If members of Congress knew the border I know, they wouldn’t be negotiating over funding for a massive, hateful, unnecessary border wall.

Like many border residents, my family lived on the U.S. side but also had family, friends, and business on the Mexican side — el otro lado, we called it. Living on the border means celebrating American and Mexican holidays; it means having a barbecue on the Fourth of July and also sitting by the Rio Grande to watch the carnival lights of the annual feria expomex, the annual fair to kick off Mexican independence day festivities; it means celebrating George Washington’s birthday and also Día De Los Muertos. 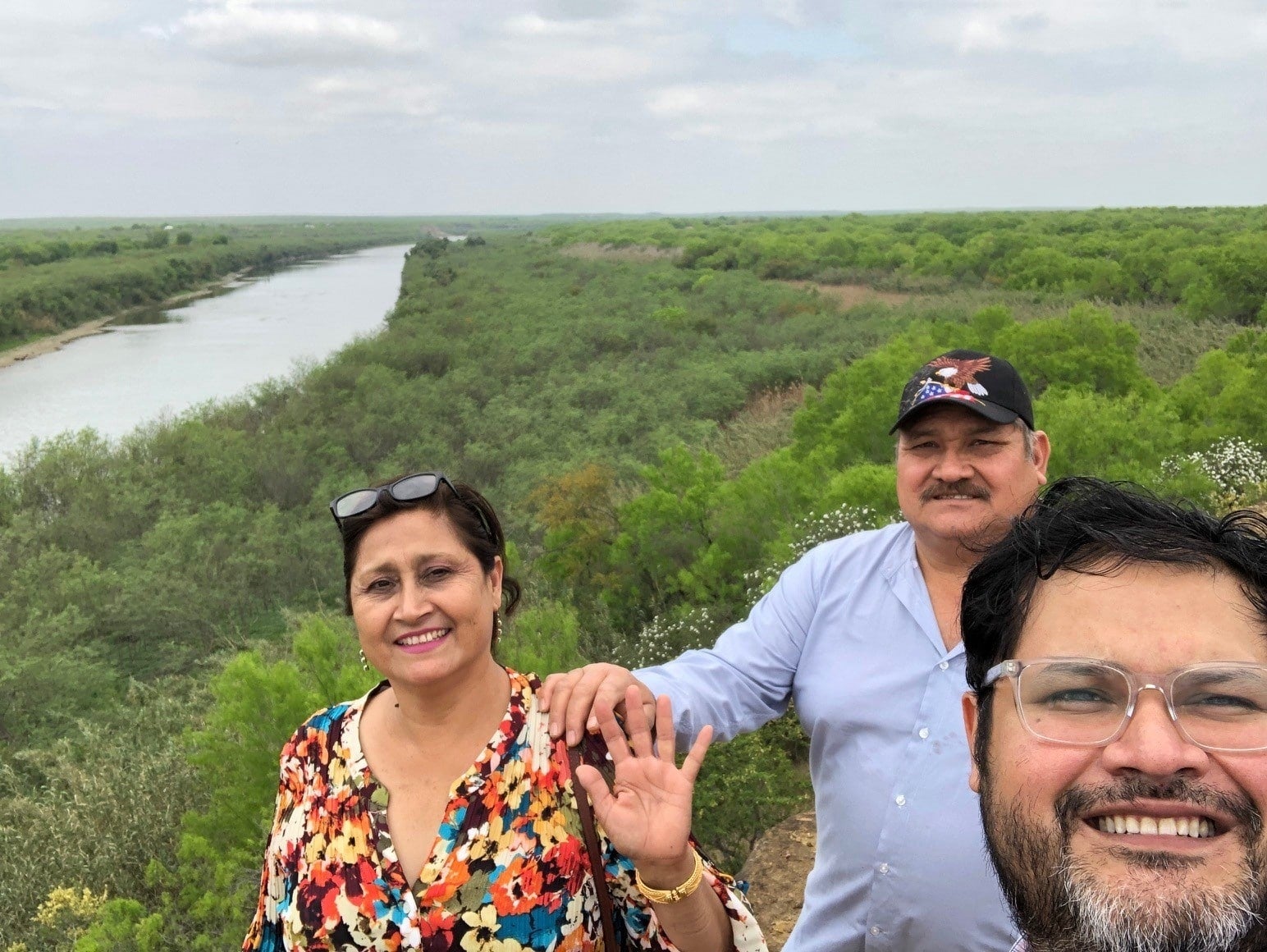 Torres and his parents walk along the Rio Grande.

This is the border to me. This is what I call home.

I lived in Laredo for 18 years before I left for Washington, D.C., to study and work on Capitol Hill to make a difference for the people of my beloved border community. I quickly learned that many on the Hill don’t know the border like we do. They don’t see the border like we see it. They don’t see Mexican people, and Mexican-Americans, tribes, and other communities the way we see them.

Politicians talk about an unsafe border: rampant with drugs, gangs, violence, and lawlessness. They talk about rapists, drug dealers, and criminals, midnight crossings, invasions, cartel shootouts, and anarchy. This is the insecurity narrative that radical right-wing politicians use to push their border agendas. But it isn’t the border I know. It’s not the border that raised me; where my family and friends live today.

Soon Congress will vote on whether or not to fund President Trump’s border wall, and if so, how much money to give to it. But the fight over wall funding is about more than just the wall: It’s about the fight to define the border, the people who live in border communities, and the lives of those who will come after them.

Members of Congress need to visit the border. They need to be vocal against the wall when they speak on the floors of the House and Senate. They need to fight every way they can against giving even a dime to the construction of this monument to division and hate. There are real human consequences to so-called “compromise” here — this isn’t just a matter of dollars and cents. This is a fight for human lives.

This fight won’t be easy. We certainly won’t win if we talk about the border wall through a single-issue lens. If we talk about it comprehensively, we may have a chance. We need border residents; immigration and Latino advocates; environmental, wildlife, and conservation advocates; faith, indigenous, and community leaders — all of us — on the same page. Every one of us needs to remind Congress that:

Walls are lethal to humans and wildlife.

Walls cause flooding. They destroy nature, habitats, and resources.

Walls require the confiscation of private property. Walls cost billions to construct and billions to maintain.

And walls have been totally, completely, and unequivocally rejected by the American public. 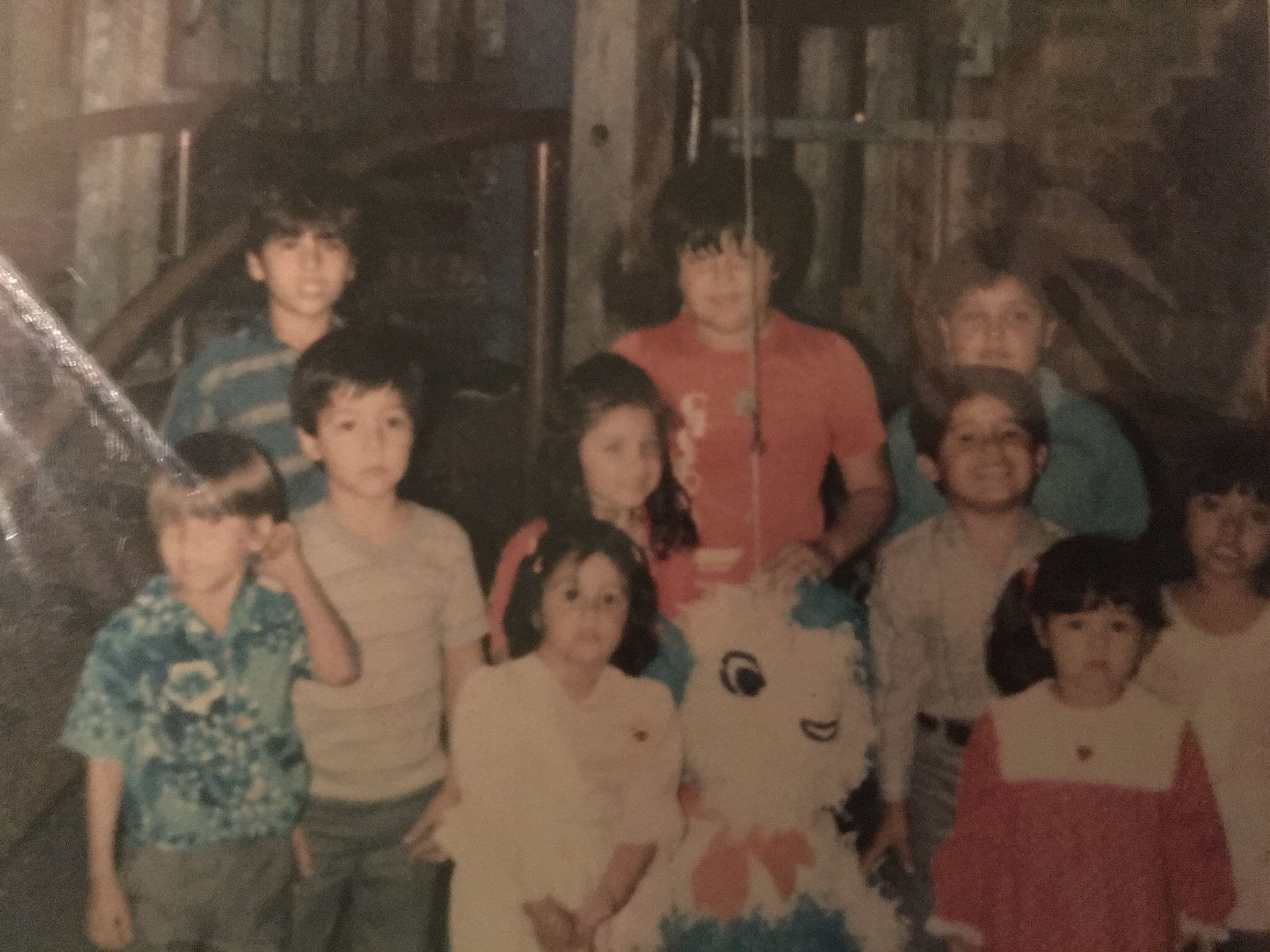 The author as a child at a party in Laredo.

The louder we speak up, the harder it is for our communities to be divided, pitted against each other, or used as bargaining chips in negotiations. And even if we fall short now, a new Congress is coming. Latinos have always struggled and fought to get Washington to take us seriously and stop treating us as second-class citizens — but we’ll have a fighting chance in the new year.

We won’t quit until this wall is what and where it belongs — debris in the junkyard of history’s worst ideas.

This post was originally published on Dec. 14, 2018. It has been updated to reflect the news of Earthjustice’s lawsuit.

Luis A. Torres, MA.T. is a Senior Legislative Representative in the Policy & Legislation department at Earthjustice.