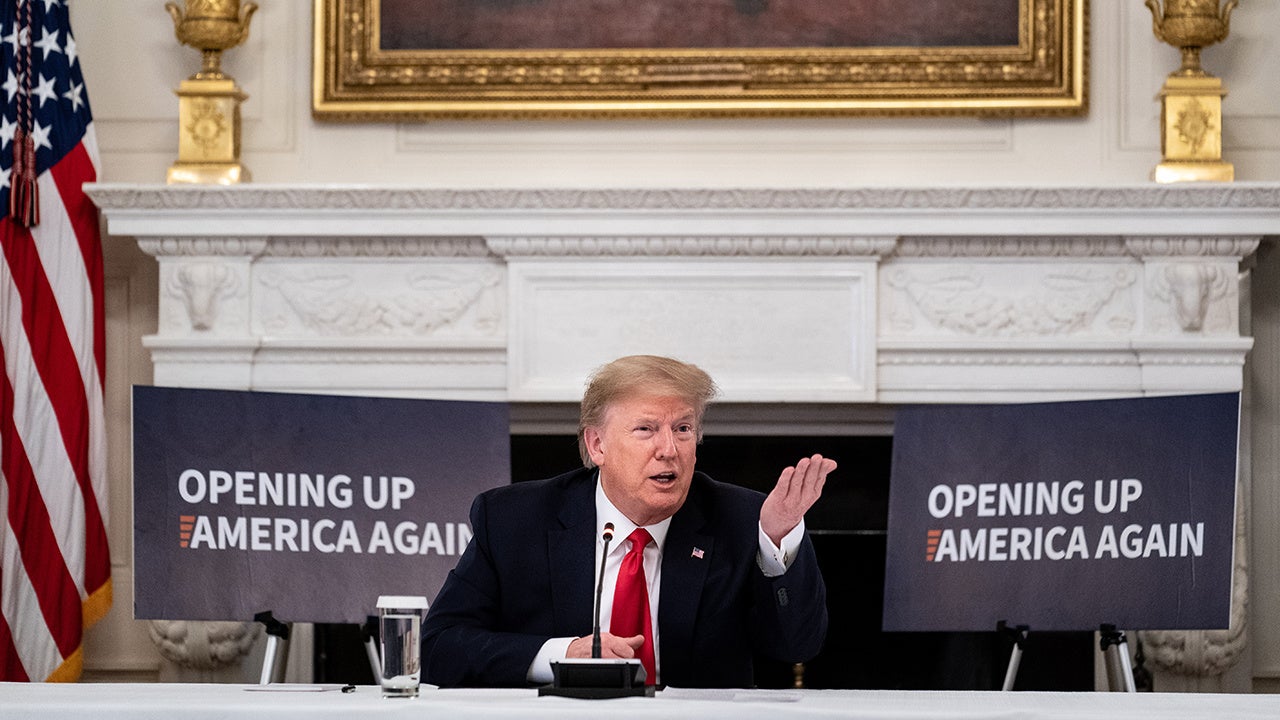 U.S. President Donald Trump speaks during a meeting with industry executives on the reopening of the U.S. economy in the State Dining Room May 29 in Washington, DC. Erin Schaff-Pool / Getty Images

President Donald Trump at a White House press conference on Friday announced he was “terminating” ties to the World Health Organization, even as the global death toll from the coronavirus pandemic nears 363,000 — including the more than 100,000 dead from the virus in the U.S., many attributed to his own mismanagement of the crisis.

While bashing China for “having total control” over the international organization that is based in Geneva, Trump said that because of its refusal to submit to reforms demanded by the White House, “we will be today terminating our relationship with the World Health Organization and redirecting those funds to other worldwide and deserving urgent global public health needs.”

#BREAKING: President Trump severing ties to WHO: "We will be today terminating our relationship with the World Health Organization." pic.twitter.com/uLu5zoD899

According to the Johns Hopkins Coronavirus Resource Center’s database, the global death toll from the pandemic sat at 362,554 on Friday afternoon just as Trump was speaking, with 102,201 of those in the U.S. — the country with the highest number of deaths, by far.

Trump has repeatedly deflected blame onto the WHO to mask his own failures, according to critics, many of whom pointed to Friday’s development as the logical conclusion of what the U.S. president has been doing since the pandemic began nearly three months ago:

Now that Trump is terminating our relationship with WHO and blaming them for his own failures, here's a comparison of who said what and when.

“There is one rogue state in the world, and humanity would be better off if it terminated its relationship with existence,” said journalist Ajit Singh in terse response to Trump’s announcement.

“When every single country in the world is able to work with the WHO, except for one whose president advocates treating coronavirus with bleach and UV light,” Singh added, “who do you think is at fault?”