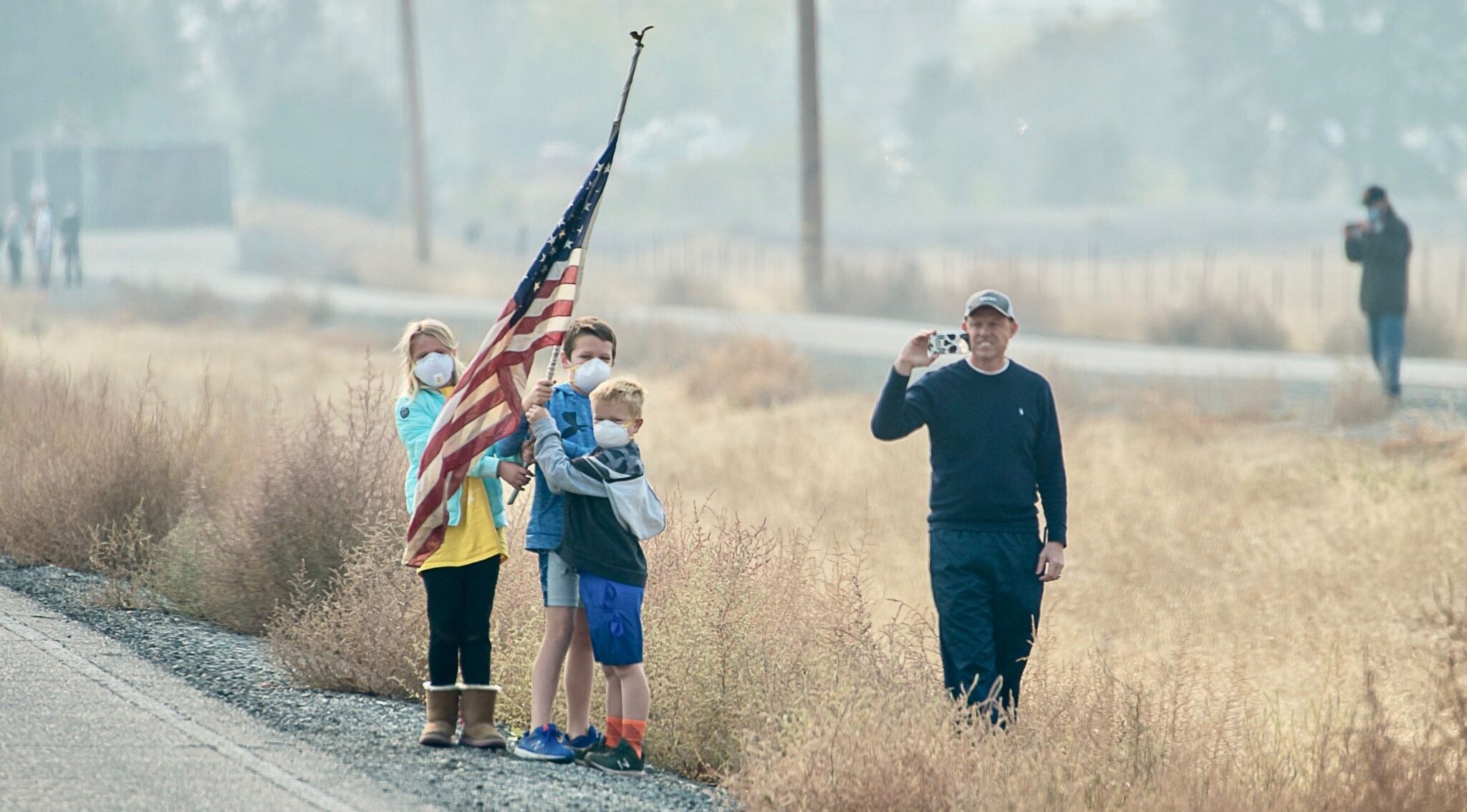 What does
Trump have against California? Without prompting or explanation, the president tweeted Wednesday that he ordered the Federal Emergency Management Agency (FEMA) to halt funding for its wildfire relief unless “they get their act together.”

“Billions of dollars are sent to the State of California for Forest fires that, with proper Forest Management, would never happen,”
he wrote. “Unless they get their act together, which is unlikely, I have ordered FEMA to send no more money. It is a disgraceful situation in lives & money!” An earlier tweet that misspelled the word “forest” was replaced with the one that’s up now.

This isn’t the first time the president pointed the finger at California’s forest management. Last year, Trump threatened to withhold relief funds and incorrectly
blamed its infernos on the state’s “gross mismanagement of the forests” even though most of the fires burned on federal land.

Trump has also
brushed aside the role of climate change making the fires worse, saying “a lot of factors” contributed to the fires. He even suggested that California’s problem was it didn’t rake its forests enough, a comment that was widely ridiculed.

Firefighters associations blasted the president’s latest missive, calling them particularly insensitive after the deadly and overwhelming destruction caused by the 2018 blazes.

For one, Northern California’s record-breaking
Camp Fire that ignited in early November killed 86 people, incinerated thousands of buildings and destroyed the town of Paradise. (Trump ultimately approved a disaster declaration for the state on Nov. 12 to unlock federal funds.)

Harold Schaitberger, president of the International Association of Fire Fighters, had similar sentiments.

“This is yet another unimaginable attack on the dedicated professionals who put everything on the line, including their own homes, to protect their neighborhoods,” he said in a news release. “While our president is tweeting on the sidelines in DC, our fellow Americans 3,000 miles to the west are mourning loved ones, entire communities have been wiped off the map and thousands of people are still trying to figure out where they are going to call home.”

“Californians endured the deadliest wildfire in our state’s history last year. We should work together to mitigate these fires by combating climate change, not play politics by threatening to withhold money from survivors of a deadly natural disaster,” Senator Kamala Harris tweeted.

Californians endured the deadliest wildfire in our state’s history last year. We should work together to mitigate these fires by combating climate change, not play politics by threatening to withhold money from survivors of a deadly natural disaster. pic.twitter.com/uMopf0Z05i

Newsom tweeted that he and the governors of Oregon and Washington sent a letter asking the federal government “to work with us in taking on these unprecedented wildfires.”

“Disasters and recovery are no time for politics,” Newsom said.

Disasters and recovery are no time for politics. I’m already taking action to modernize and manage our forests and emergency responses.

The people of CA — folks in Paradise — should not be victims to partisan bickering.

.@realDonaldTrump’s threat insults the memory of scores of Americans who perished in wildfires last year & thousands more who lost their homes. @GOPLeader must join me to condemn & call on POTUS to reassure millions in CA that our govt will be there for them in their time of need https://t.co/YZJQug9zh0

FEMA news desk manager Michael Hart told
POLITICO he was unclear about what Trump’s orders would entail, but added that a follow-up on Trump’s tweet would be released soon.

The agency does not have funding due to the ongoing government shutdown, now in its third week. However, according to a Department of Homeland Security shutdown plan, of FEMA’s 19,631 employees, 15,208 are considered essential and are working through the shutdown.

Just yesterday, the reinsurance firm Munich Re listed the Camp Fire as the
world’s costliest natural disaster of 2018, racking up $16.5 billion in damages.

We’ll leave you with this amazing
clapback from the Sierra Club:

OH NO, HOW WILL WE BUY RAKES TO CLEAN UP THE FORESTS?! https://t.co/uuBMG0FYGW