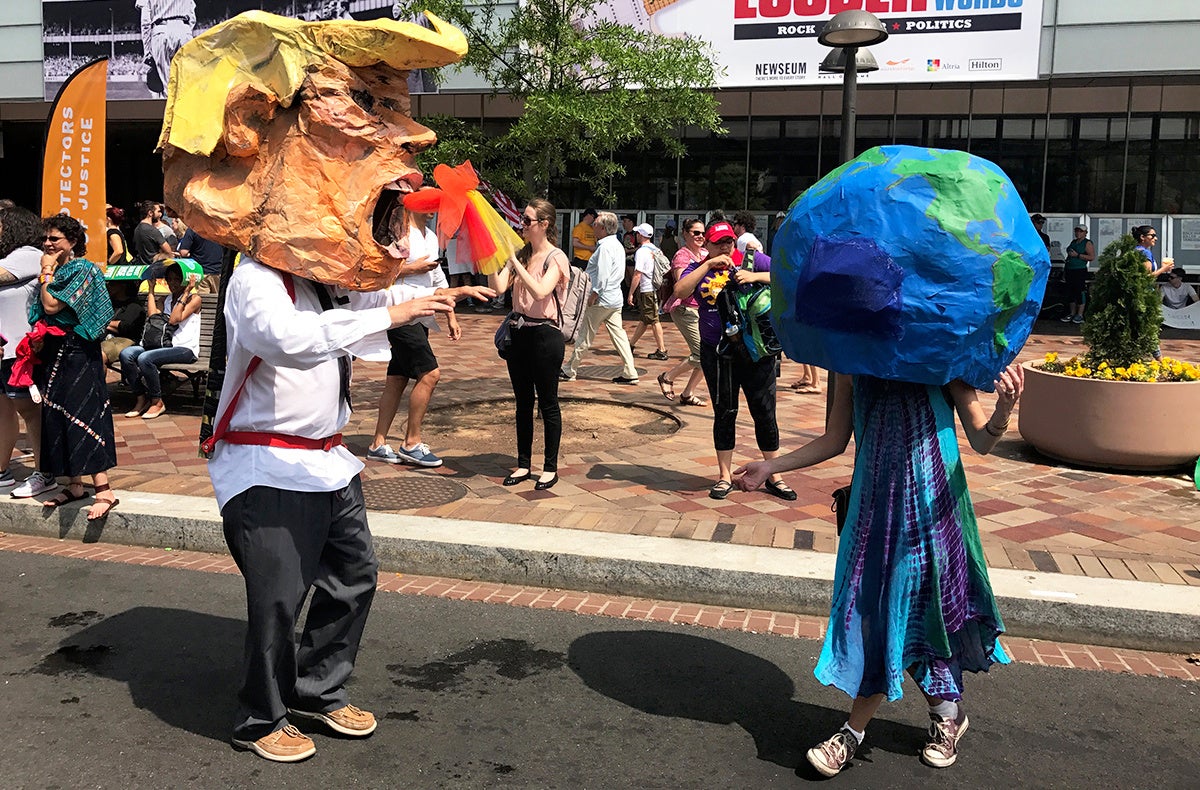 For Donald Trump, people seem to belong in one of four categories: family, assets, enemies or irrelevant. Most of the American public has been consigned to the last category. That’s why you’ll never catch this president rhapsodizing about the honor of public service. The sole basis, apparently, for any decision Donald Trump makes is whether he believes it will help Donald Trump. The concept of public welfare—including whether people live or die—simply isn’t part of his calculus.

That was reinforced Wednesday as Trump announced that his asset at the U.S. Environmental Protection Agency (EPA), Scott Pruitt, will replace the Clean Power Plan. Carefully developed during the Obama administration as a way to limit carbon pollution from power plants, the Clean Power Plan is a centerpiece of our nation’s climate policy. Pruitt, though, claims that because the plan demands clean air, it is effectively picking winners and losers in the energy market. After all, if the goal is clean air, then dirty fuels can’t compete because they’re, well, dirty.

In that respect, Pruitt’s correct: The Clean Power Plan does prioritize people and public health over polluters. Besides protecting our climate, it would prevent 3,600 premature deaths annually by 2030, as well as tens of thousands of childhood asthma attacks. You might think that’s reason enough to keep it, and you’d be right. But in fact, the plan was developed not only because it makes sense to limit carbon pollution but also because the Supreme Court ruled that the EPA has a legal responsibility to do so under the Clean Air Act.

So Pruitt can’t just throw out the plan—he needs to replace it with one that favors fossil fuel corporations and somehow appears to satisfy the Clean Air Act mandate. The only way to do that, it turns out, is to downplay the benefits of the current plan while exaggerating its cost. This, after all, is the administration that invented “alternative facts.”

But although Trump and Pruitt may ignore the facts (the real ones, that is), they can’t make them disappear, nor can they easily convince people that dirtier air and more pollution are better than cleaner air and less pollution. In fact, nearly seven-in-ten U.S. voters support “strict limits on carbon emissions from coal-fired power plants,” which is exactly what the Clean Power Plan provides.

Nor can Trump and Pruitt hide forever that they don’t actually care about helping coal communities cope with that industry’s inevitable decline. Instead of helping people transition to jobs in a clean-energy economy, they’ve resorted to yet another act of political theatre intended to increase the divisions that make it harder to solve real problems.

Our resistance to this dangerous decision will be fierce and unrelenting. When the EPA conducts its legally required comment period on Pruitt’s proposal, the Sierra Club will mobilize to make sure the voices of the vast majority of Americans who don’t want more polluted air are heard. At the same time, you can be sure that we will challenge in court any dirty-fuels strategy that violates the Clean Air Act, which is still the law of the land.

Donald Trump’s presidency is failing the American people on every major issue: immigration, health care, racial justice—you name it. It’s no surprise to find public health, clean energy and climate action on that list. But our progress on replacing dirty fuels with clean energy will not be stopped, no matter how hard Trump and Pruitt try to hit the brakes. In a rational world, though, with the effects of climate disruption never more obvious, we would be increasing our ambition to combat it, not devoting resources to defending progress we’ve already made.