5 Ways Trump Is ‘Gaslighting’ Us on U.S. Air Pollution Levels 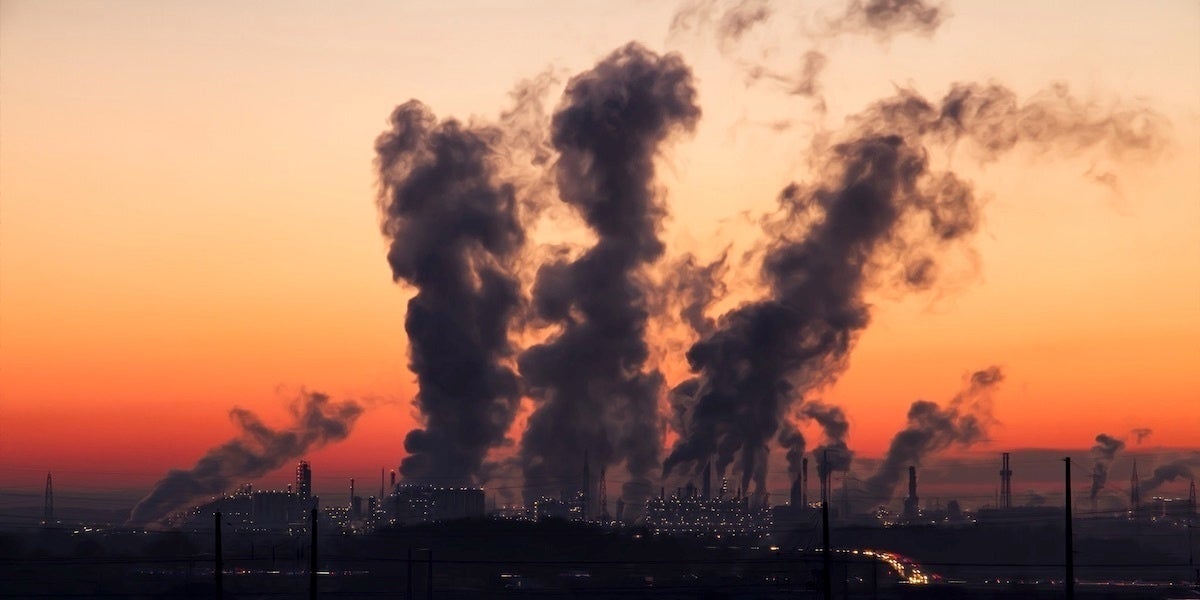 As he’s wont to do,
President Donald Trump on Monday tweeted a World Health Organization (WHO) map of particulate pollution and said that the U.S. has the “cleanest air in the world – BY FAR!”

Trump’s tweet “shows how maps can be used to misrepresent facts and conclusions,” as John Walke, director of a clean air program and a senior attorney for the
Natural Resources Defense Council (NRDC), clapped back in an epic Twitter thread.

Let’s break down the many ways the president’s claims are disingenuous or plain wrong:

1. First, as
POLITICO noted, the tweet is based on information from 2016, when Barack Obama was POTUS. This is not the first time the Trump team has taken credit for the previous administration’s work on reducing pollution.

2. Now let’s look at the map itself. Notice that the image has a blue band on top that says, “America: the Cleanest Air in the World—BY FAR.” It also includes text that states, “91 percent of the world population (none in the U.S.) are exposed to air pollution concentrations above WHO suggested level.”

Walke tracked down the
original map, which looks very different. No additional text, but also a lot more pink. It clearly shows that most areas of the world have annual averages of fine particulate matter (PM2.5) higher than the WHO air quality guideline level of 10 micrograms per cubic meter. 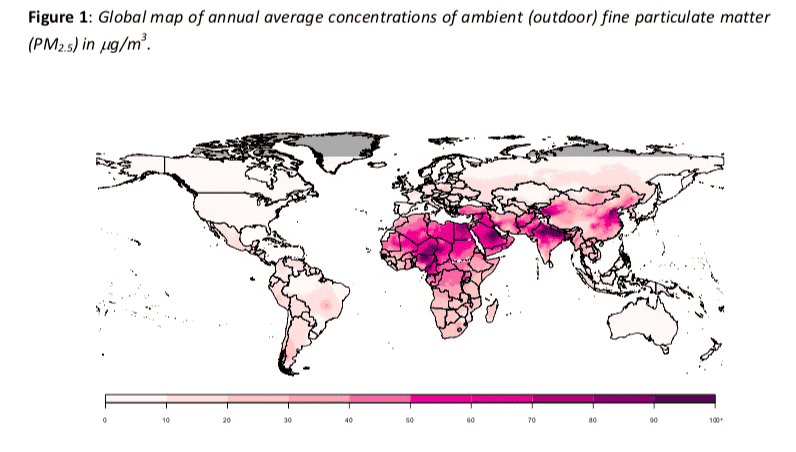 From WHO report: “Exposure to ambient air pollution from particulate matter for 2016”

Walke tweeted an
accurate map based on the same WHO data showing that the U.S. has average annual PM2.5 pollution concentrations above WHO recommendations.

3. Finland, not the U.S.,
has the world’s best air quality, the WHO announced earlier this year. The U.S. isn’t even in the top 10. Countries with the healthiest air are actually Australia, Brunei, Canada, Estonia, Finland, Greenland, Iceland, New Zealand, Sweden and countries in the Pacific islands, as EcoWatch previously reported from WHO data.

When it comes to avoiding sicknesses and deaths due to air pollution, the U.S. is ranked number 23 in the world.

“In 2016, the American population lost 516 years of disease- and disability-free life per 100,000 people. That’s more than double the rate found in top-ranked New Zealand, and only marginally better than countries like Honduras (#26) and Nicaragua (#28),” the
NRDC wrote.

So it’s false for President Trump’s tweet to claim that no populations in the U.S. are suffering from dangerous air pollution levels. The “State of the Air report” by the American Lung Association found that 133.9 million Americans—about 4 in 10 people—could be breathing in unacceptable levels of smog, pathogens and toxins.

5. Thanks to national clean air standards, air pollution levels have dramatically lowered in the U.S. since the 1970s. However, progress is in jeopardy thanks to the Trump administration’s efforts to roll back these protections in favor of the fossil fuel industry and other polluting sectors.

As you can see in the tweet below from the Associated Press science writer Seth Borenstein, pollution actually got worse in 2017:

“Trump is responsible for the most serious attacks on clean air by any president ever, and his tweets will do nothing to prevent kids from getting sick from his big polluter handouts and clean air rollbacks,” Sierra Club executive director Michael Brune said in a
press release.

“Trump is taking credit for the progress achieved by the exact same clean air safeguards other presidents put in place that he is now trying to throw out. Just last week, Trump disbanded the EPA panel that was responsible for overseeing the progress on particulate pollution that he is now citing. No amount of gaslighting can undo the damage that Trump’s reliance on gas and coal will cause,” Brune added.