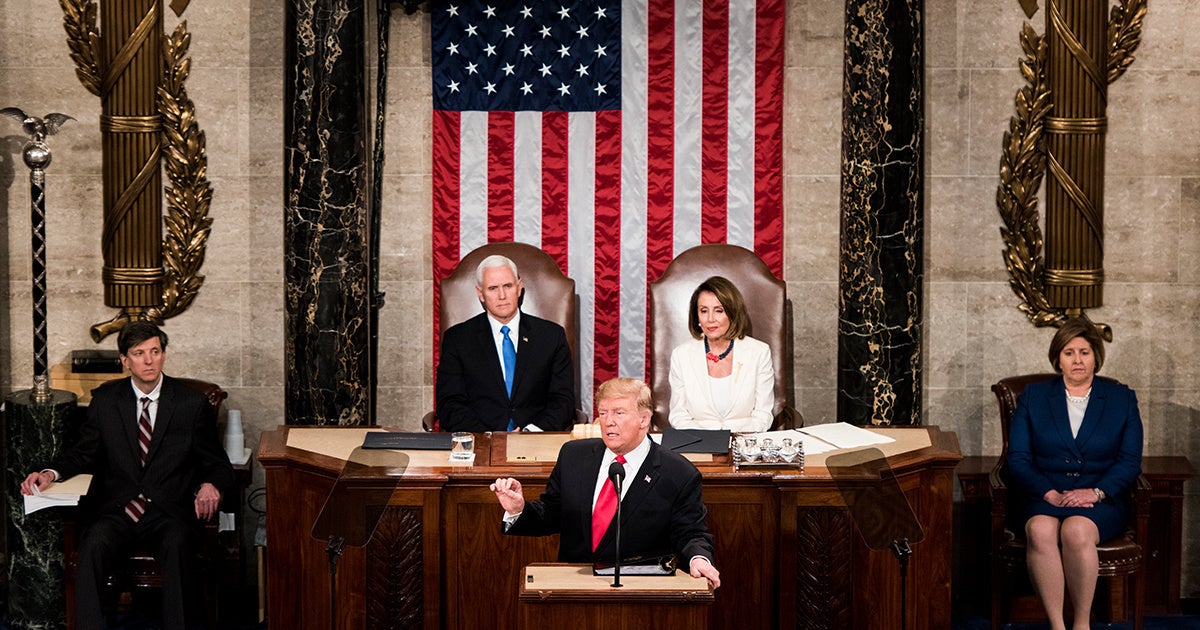 President Donald Trump delivered the State of the Union address Tuesday night, focusing on his signature issues like the economy and immigration and warning lawmakers that the ongoing investigation into his conduct posed a threat to national security, The New York Times reported. But there was one real major threat to the nation, and the world, that he declined to mention at all: climate change.

This silence was not unexpected. As Ishaan Tharoor pointed out for The Washington Post, Trump is famously skeptical of climate science and came under fire in January for confusing weather and climate when he responded to a brutal cold snap by tweeting, “What the hell is going on with Global Waming? Please come back fast, we need you!” His failure to address the issue Tuesday night, however, still earned him criticism from environmental leaders.

“For the third year in a row, President Trump has addressed Congress and failed to mention one of the biggest threats facing us—climate change. It was another squandered opportunity to show American leadership for the clean energy future,” Environmental Defense Fund Senior Vice President Elizabeth Gore said in a statement.

For the third year in a row, President Trump addressed Congress and failed to mention one of the biggest threats facing us – climate change #SOTU https://t.co/p7sZhfiXAw

Gore pointed out that since the last State of the Union, the issue had only gotten more urgent. 2018 was a year of extreme weather events and saw the release of two major reports on the extent of the threat posed by a changing climate: the Intergovernmental Panel on Climate Change report warning that we have 12 years to significantly reduce greenhouse gas emissions in order to limit warming to 1.5 degrees Celsius above pre-industrial levels and Volume II of the Fourth National Climate Assessment, a dire warning from Trump’s own government that he nevertheless dismissed.

Several Democratic lawmakers chose to respond to this sense of urgency—and the president’s expected silence on the issue—by inviting climate scientists and activists to join them for the speech, The Washington Post’s The Energy 202 reported.

“Instead of tackling the problem head-on, President Trump is burying his head in the sand and handing out favors to his friends in the coal industry,” Jayapal said, as The Washington Post reported. “In fact, it’s unlikely that President Trump will mention climate change or the dire need to protect our environment in his State of the Union at all.”