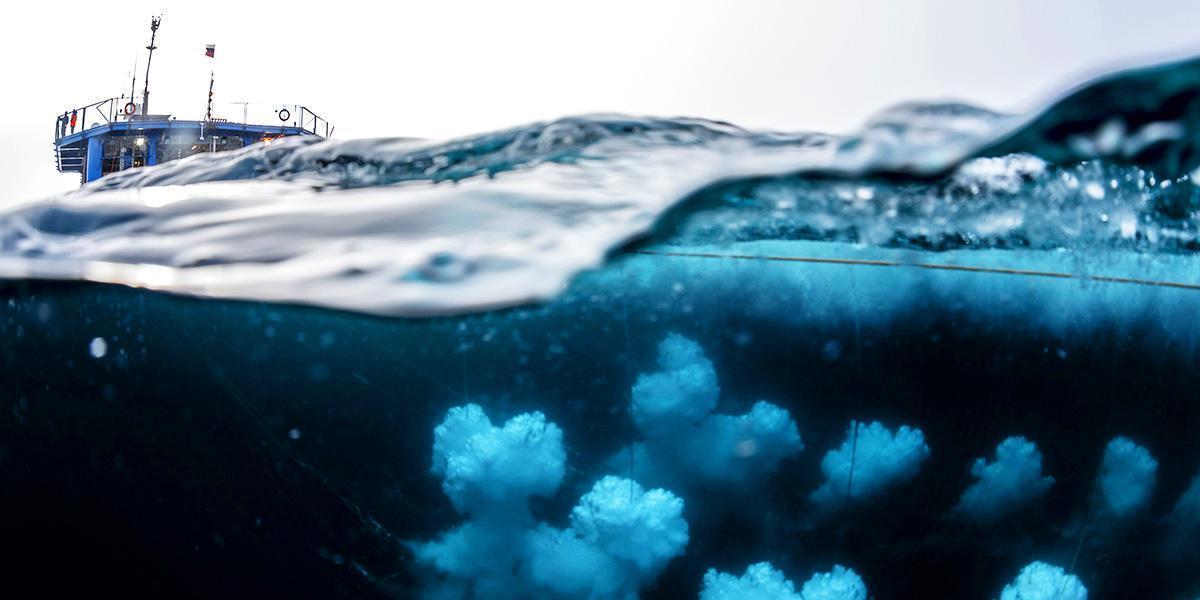 The Trump administration issued Monday a draft Incidental Harassment Authorizations for seismic airgun blasting in the Atlantic Ocean, an extremely loud and dangerous process used to search for oil and gas deposits deep below the ocean’s surface. By issuing these draft Incidental Harassment Authorizations for public comment, Oceana said the federal government is giving another gift to the oil industry—moving forward with the permitting process that gives geophysical companies permission to harm or disturb marine life in the pursuit of offshore oil.

According to the government’s own estimates, seismic airgun blasting in the Atlantic could injure as many as 138,000 marine mammals like dolphins and whales, while disturbing the vital activities of millions more.

“This threat is real and it’s coming fast,” said Nancy Pyne, campaign director at Oceana. “Coastal communities have the most to lose, but unfortunately their overwhelming opposition may be ignored by the Trump administration. The threats of seismic airgun blasting alone are bad enough, but it’s also the first step to offshore drilling, which could lead to the industrialization of coastal communities and the risk of another BP Deepwater Horizon-like disaster. The time to protect our coast is now.”

In late April, President Trump signed an executive order aimed at expanding offshore drilling and exploration in U.S. waters. Specifically, the order calls for a review of the Five-Year Program (2017-2022) for oil and gas development on the Outer Continental Shelf , and directs the administration to fast-track the permitting process for seismic airgun blasting. Following that directive, the Trump administration re-initiated the permitting process for seismic airgun blasting in an area twice the size of California, stretching from Delaware to Florida, reversing a decision by the Obama administration to deny these permits.

As of today, 125 East Coast municipalities, more than 1,200 elected officials, numerous commercial and recreational fishing interests, and an alliance representing more than 41,000 businesses and 500,000 fishing families have publicly opposed offshore drilling and/or seismic airgun blasting. An Oceana report in 2015 found that offshore oil and gas development in the Atlantic could jeopardize the nearly 1.4 million jobs and more than $95 billion in gross domestic product that rely on healthy ocean ecosystems, mainly through fishing, tourism and recreation.

“Seismic airguns create one of the loudest manmade sounds in the ocean,” said Dr. Ingrid Biedron, marine scientist and campaign manager at Oceana. “Seismic airguns fire intense blasts of compressed air every 10 to 12 seconds, 24 hours a day, for weeks to months on end. The noise from these blasts is so loud that it can be heard up to 2,500 miles from the source, which is approximately the distance of a flight from New York City to Los Angeles.

“In addition to being extremely loud, these blasts are of special concern to marine life, including fish, turtles and whales, which depend on sound for communication and survival,” said Biedron. “Numerous studies demonstrate the impacts that seismic airgun noise has on ocean ecosystems, including reduced catch rates of commercially valuable fish and silencing bowhead whales.”

In 2015, 75 leading marine scientists sent a letter to President Obama on the impacts of seismic airgun blasting in the Atlantic Ocean, stating that ‘the magnitude of the proposed seismic activity is likely to have significant, long-lasting, and widespread impacts on the reproduction and survival of fish and marine mammal populations in the region, including the critically endangered North Atlantic right whale, of which only about 500 remain.”

While there is now a mandatory 30-day comment period for the draft Incidental Harassment Authorizations, the Bureau of Ocean Energy Management could approve seismic airgun blasting permits any day.