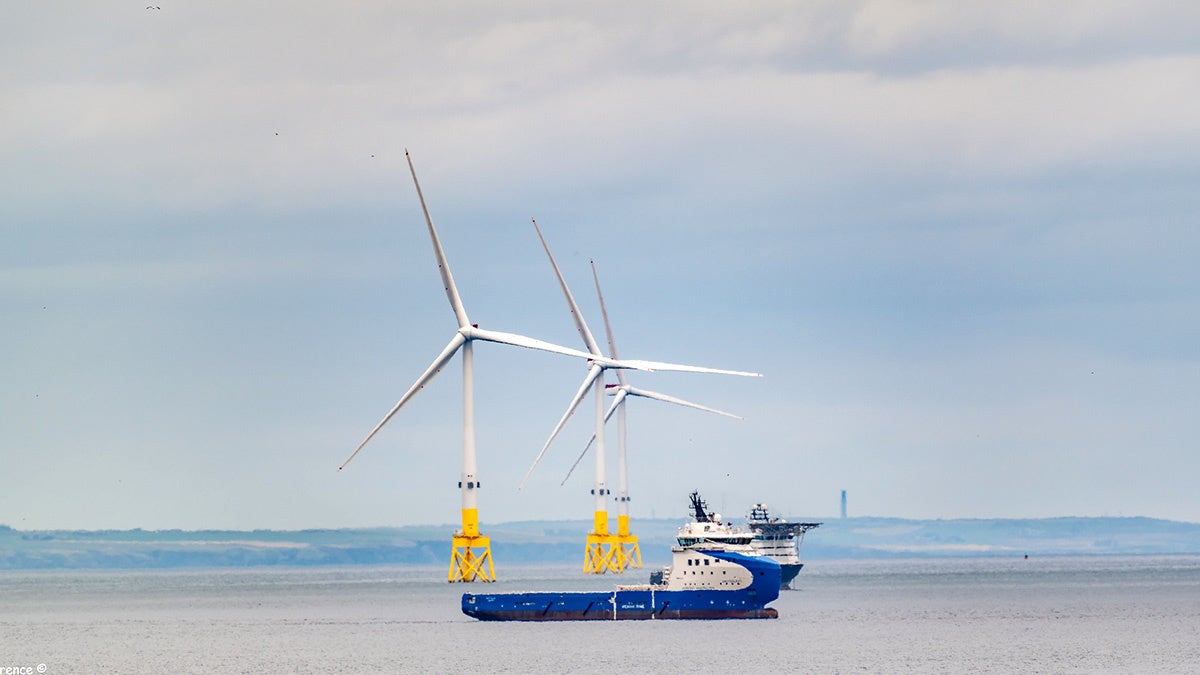 In April, he claimed they caused cancer, and he sued to stop an offshore wind farm that was scheduled to go up near land he had purchased for a golf course in Aberdeenshire in Scotland. He lost that fight, and now the Trump Organization has agreed to pay the Scottish government $290,000 to cover its legal fees, The Washington Post reported Tuesday.

News of the settlement, which comes four years after the Trump Organization’s defeat and nearly nine months after it was ordered to pay the costs, was first reported by The Scotsman.

Friends of the Earth Scotland Director Dr. Richard Dixon reacted to the news by praising the Scottish government for “resisting repeated attempts” to stop the “popular and much needed” wind farm.

“A positive gesture would be for this money recouped from Donald Trump to be committed into programmes which support the growth in community-owned renewables,” Dixon told The Scotsman. “Scotland needs to continue its growth in clean, reliable renewable energy as we transition away from fossil fuels to a zero carbon economy.”

Trump launched the lawsuit in 2012 over the Scottish government’s decision to approve an 11-turbine wind farm two miles from his golf course, The Guardian explained.

During the fight, Trump lashed out against both wind power and the Scottish government. He called the project “monstrous” and referred to then Scottish first minister Alex Salmond as “Mad Alex” in a 2013 op-ed for the Scottish Mail, according to The Washington Post.

“I am going to fight him for as long as it takes — to hell if I have to — and spend as much as it takes to block this useless and grotesque blot on our heritage,” he wrote in the same op-ed.

But the UK Supreme Court unanimously rejected his suit in 2015 and, in February of this year, his organization was ordered to pay Scotland for the cost of the litigation. The Scottish government said payment was delayed because the Trump Organization would not agree to an amount. But Trump employees told The Guardian in October that they had not refused to pay.

“This is not in our control. The matter is in the hands of the auditors of the court of session and the Scottish ministers,” Executive Vice-President of Trump International Golf Links Sarah Malone told The Guardian at the time.

The fact that the organization has settled now means that the issue will not pass to the auditor of the Court of Session, which would have added to the Trump Organization’s legal bills, The Scotsman explained.

“Trump has attempted to avoid any responsibility over the impact of his developments and bullied anyone who has tried to stand in his way, so I’m delighted his business is being forced to compensate Scotland for his failed legal challenges,” Scottish Greens co-leader Patrick Harvie told The Scotsman. “Hopefully this high-profile case will encourage all developers to consult, include and listen to communities rather than bully them.”

The wind farm Trump failed to block began operating last July. It features some of the most powerful turbines in the world and has a capacity of 93.2 megawatts.

Meanwhile, Trump’s golf course has operated at a loss for seven years in a row. It lost .4 million in 2018, The Washington Post reported.