‘Keep Your Tiny Hands Off Our Data’ 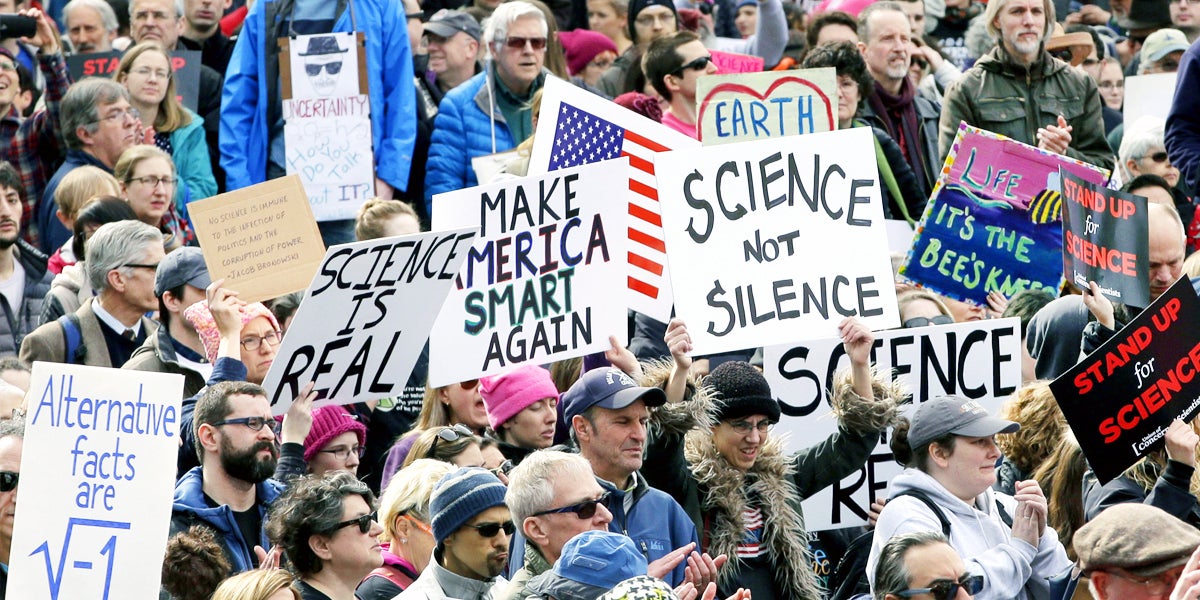 Hundreds of scientists gathered in Boston’s Copley Square on Sunday to “stand up for science,” marking the latest protest in a wave of outspoken political engagement from scientists in reaction to the Trump administration.

The rally, timed to coincide with the annual American Association for the Advancement of Science meeting in Boston, brought together concerned scientists and activists from across the country.

While the event’s organizers did not explicitly call out Trump, the signs protesters toted highlighted a larger concern for science’s future. As Chris Mooney wrote in the Washington Post, “The challenges for scientists during the Trump administration could not only be bigger, but also potentially more diverse, than those seen during George W. Bush’s administration.”

Geoffrey Supran, a postdoctoral fellow at Harvard University and the Massachusetts Institute of Technology who studies renewable energy solutions to climate change, told the AP, scientists are responding to the Trump administration’s “anti-science rhetoric.”

“We’re really trying to send a message today to Mr. Trump that America runs on science, science is the backbone of our prosperity and progress,” Supran said.