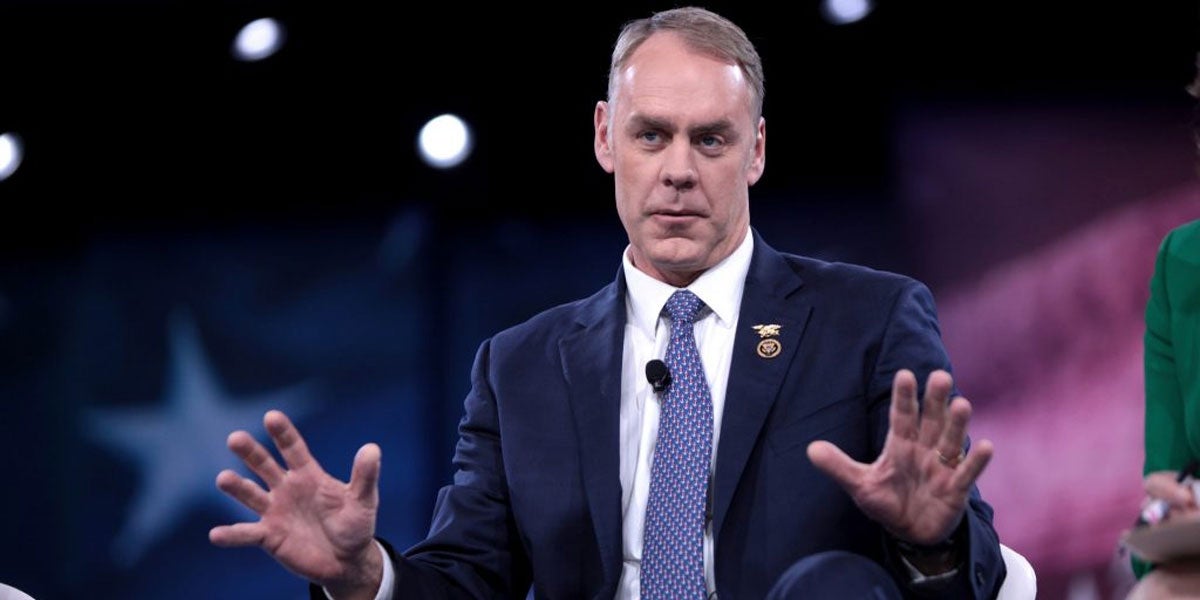 The Trump administration’s testy relationship with science reminds me of that old saying: Advice is least heeded when most needed.

Earlier this week, three-quarters of the members of the National Park System Advisory Board resigned because Interior Sec. Ryan Zinke refused to hold a meeting with them last year. The board was established more than 80 years ago so scientists and former elected officials could advise the Department of the Interior on a variety of national park and monument issues, including the designation of national historic and natural landmarks.

With zero input from the 12-member board, Zinke dramatically reduced the size of two national monuments in Utah to open them up to grazing and mining; arbitrarily increased park visitor fees; and reversed a ban on plastic water bottles in the park system.

Their resignation should not come as a surprise. Zinke’s cavalier treatment of the National Park System Advisory Board is just the most recent example of an administration-wide rejection of independent scientific expertise, according to a report released Thursday by the Union of Concerned Scientists (UCS).

After reviewing the status of 73 science advisory boards at six federal agencies and interviewing 33 current and former board members, UCS researchers found that last year the boards met less often than in any year since the government started keeping records in 1997. They also found that nearly two-thirds of the boards met fewer times than their charters recommend, and board membership dropped 14 percent from the previous year, twice as much as during the first year of the Obama administration.

Some of the meetings that did take place, meanwhile, could hardly be designated as such. Panel members told UCS researchers that several in-person meetings were replaced by perfunctory telephone conference calls, some lasting for as little as 15 minutes.

The boards UCS included in its analysis advise the Centers for Disease Control and Prevention, Department of Commerce, Department of Energy, Department of the Interior, U.S. Environmental Protection Agency (EPA), and Food and Drug Administration, and provide a good representative sample of the 218 scientific and technical panels currently serving the federal government. Generally comprised of volunteer experts from academia, industry, nonprofit organizations, and state and local governments, these committees keep federal agencies abreast of the latest, cutting-edge research and make recommendations on short-term challenges, such as epidemic outbreaks, and ongoing issues, such as nuclear safety.

Besides Interior, one of the biggest offenders is the EPA under Administrator Scott Pruitt, the former Oklahoma attorney general who sued the agency 14 times on behalf of his campaign contributors to try to block air and water protections. Last October, Pruitt issued new rules barring anyone who receives EPA grants from serving on agency advisory panels. Remarkably, he maintained that those scientists have a conflict of interest, regardless of the fact that the EPA does not dictate the outcome of its grantees’ research. He then packed the agency’s Science Advisory Board with industry scientists with clear conflicts of interest.

Perhaps most emblematic of the Trump administration’s contempt for science is the fact that the president has yet to appoint his science adviser, who directs the White House Office of Science and Technology Policy. Last October, The Washington Post reported that Trump has taken longer than any president in modern times to name his science adviser. That was three months ago, and the position is still open, as are the posts of deputy director and four congressionally mandated associate directors. In the meantime, the president has made a string of “unadvised,” ill-advised science-related decisions, most notably pulling out of the Paris climate agreement and appointing Pruitt, a climate-science-denying attorney, to run the EPA.

When the nine National Park System Advisory Board members quit last Monday, former Alaska Gov. Tony Knowles, the head of the board, explained their rationale. “We resigned because we were deeply disappointed with the [Interior] Department and we were concerned,” he said. “[Zinke] appears to have no interest in continuing the agenda of science, the effect of climate change, [or] pursuing the protection of the ecosystem.”

The same holds true for the entire Trump administration, and that doesn’t bode well for public health or the environment.