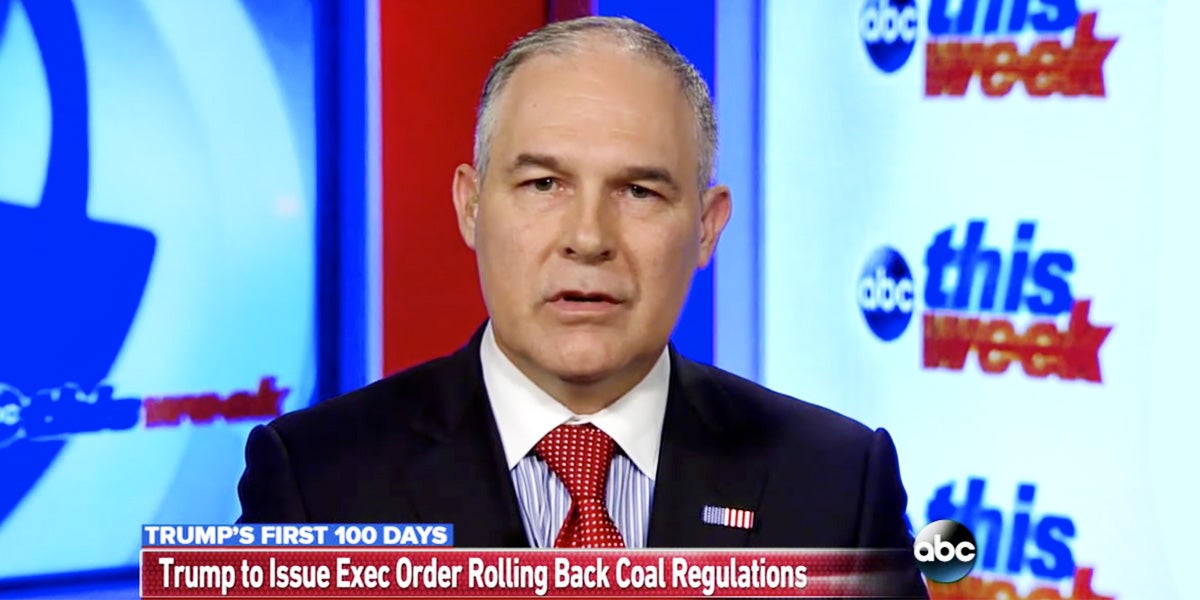 President Trump will sign an executive order aimed at rolling back energy and environmental regulations, including the Clean Power Plan, on Tuesday, officials have confirmed.

U.S. Environmental Protection Agency (EPA) chief Scott Pruitt promoted the long-awaited executive order during his appearance on ABC’s This Week Sunday, as he promised that the order would “bring back manufacturing jobs across the country, coal jobs across the country” and shilled a “a pro-growth and pro-environment approach” from the White House.

Pruitt also used his Sunday show slot to blast the Paris agreement, calling it a “bad deal” and questioning why the U.S. “penalized [itself] through lost jobs.”

Ken Cook, president of the Environmental Working Group, was appalled at Pruitt’s statement.

“Scott Pruitt, who lacks a fifth-grader’s understanding of what’s causing global warming, says the Paris climate treaty was a ‘bad deal.’ But the bad deal is what America’s getting from this administration,” Cook said. “This decision to vacate the U.S. commitment to combat climate change is the latest evidence that this administration doesn’t have a clue about what’s needed to keep Americans—and the world—safe and healthy. Tragically, everyone on Earth will pay the price.”