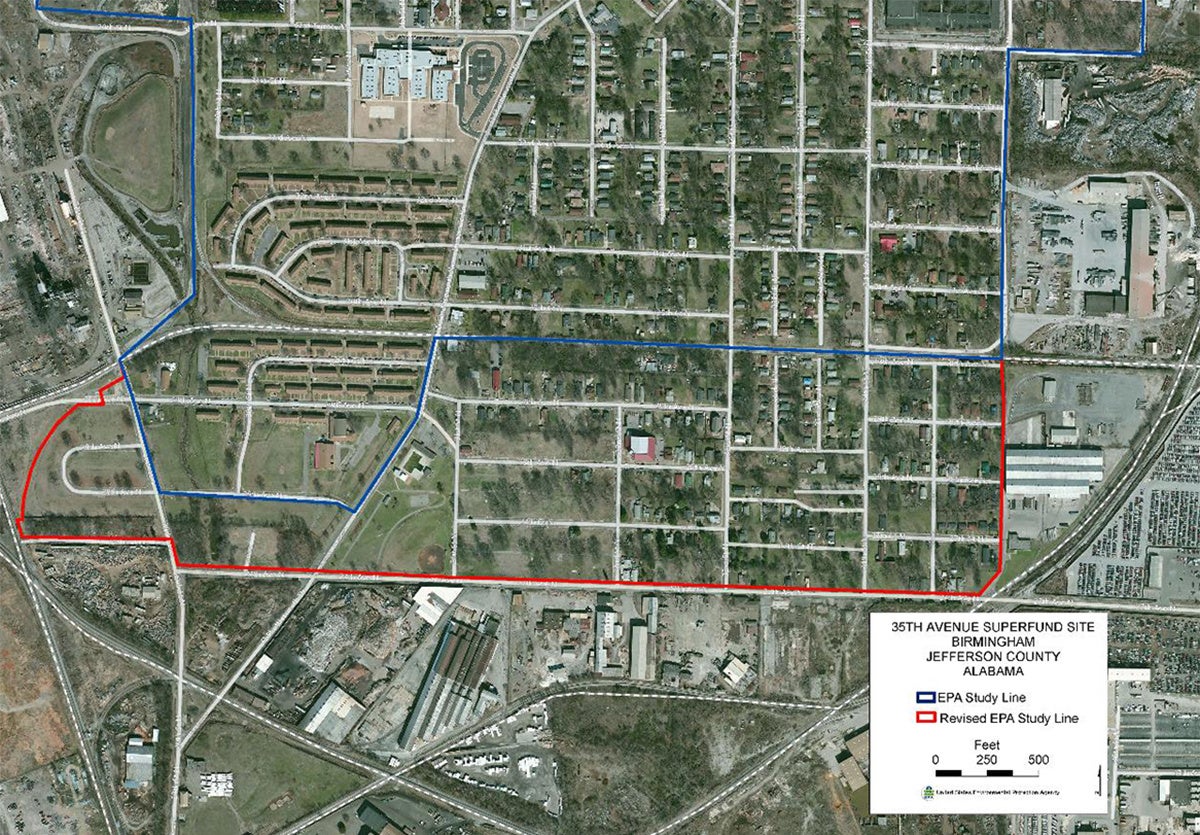 When it comes to the people he chooses to protect the nation’s environment, President Donald Trump sure knows how to pick’em. In his brief stint at the U.S. Environmental Protection Agency (EPA), Scott Pruitt wracked up an impressive amount of truly bizarre scandals, including blowing thousands of taxpayer dollars on “tactical pants.” Ryan Zinke, the man he put in charge of public lands,, might also be on his way out over shady dealings. Now, it emerges that the man he put in charge of the EPA’s Southeastern regional office has been indicted on ethics charges in Alabama.

A grand jury in Alabama’s Jefferson County indicted the regional administrator Trey Glenn, along with his business partner Scott Phillips, for ethics violations related to their attempt to prevent the EPA from cleaning up polluted sites in North Birmingham, Al.com reported Tuesday. Specifically, they worked to stop the EPA from listing the city’s 35th Avenue site on its Superfund National Priorities List, Al.com further explained.

BREAKING: Alabama Ethics Commission confirms Trey Glenn, southeastern region administrator for the EPA, has been indicted by a Jefferson County grand jury.
More coming up in minutes on @abc3340 . pic.twitter.com/jcqL1eVVRj

Glenn and Phillips worked with the law firm Balch & Bingham and its client Drummond Company, which the EPA had eyed as a responsible party that might have to pay for cleanup, to stop the listing. This happened while Phillips was serving as Alabama Environmental Management Commissioner. At the same time, the pair co-owned and worked together at a company called Southeast Engineering & Consulting. Alabama ethics law prohibits a lobbyist or a lobbyist’s client from giving gifts to a public official, including a job. So the two are rightly in big trouble.

But the mess extends beyond these two individuals to indicate a culture of corruption at the Alabama Department of Environmental Management (ADEM). Alabama clean air advocacy group Gasp laid out the whole sordid history in a press release:

The indictments today arise out of efforts by Drummond Co., which owns ABC Coke in Tarrrant, Ala., to stop EPA’s cleanup of contaminated soils and to avoid financial responsibility for that cleanup in predominantly African-American neighborhoods in northern Birmingham. Drummond VP David Roberson and Balch & Bingham lawyer Joel Gilbert were recently convicted and sentenced to 60 months and 30 months in prison, respectively, on federal charges of bribing former Alabama Rep. Oliver Robinson to oppose the EPA environmental cleanup program. Robinson pleaded guilty and was sentenced to 33 months in prison.

Gasp hoped the indictments would spark much needed changes.

“These indictments today reinforce what we already know: We need reform and we need it now,” Gasp Executive Director Michael Hansen said in the press release. “For far too long, leaders in Alabama have put corporate profits ahead of people. We demand that corruption be rooted out and reforms enacted to protect our health and our environment and to ensure environmental justice is a reality for every single Alabamian.”

Glenn has been a part of that corruption for quite some time. He served almost five years as the director of the ADEM and was investigated for ethics violations there too, The Associated Press reported.

The Alabama Ethics Commission found in 2007 that there was “probable cause” he had violated ethics law to get his job in the first place and then to take trips while he had it. A criminal investigation also looked into whether a public relations firm that represented a client with business with ADEM had paid for him to take his family to Disney World. He was cleared in the criminal case, but resigned in 2009.

As if it couldn’t get any worse, Glenn is also linked to one of Birmingham’s stinkiest scandals: the “poop train.”

After Glenn left his position at ADEM, he went to work right away as a consultant for Green Mountain landfill.

John Archibald explained what that meant in a column reprinted by Al.com:

Green Mountain later became Big Sky landfill in north Jefferson County, which quite literally raised a stink from nearby residents in recent weeks who complained that swarms of flies and the smell of death accompanied loads of treated human sewage shipped to the landfill from New York and New Jersey.

And Glenn’s relationship with the stinker stretched up until the recent past. When Glenn had to disclose all his income sources in November 2017 upon joining the EPA, it turned out he had gotten more than $5,000 from Big Sky.

As Archibald wrote, “Ain’t enough scrubbing bubbles in the world to clean the stain.”