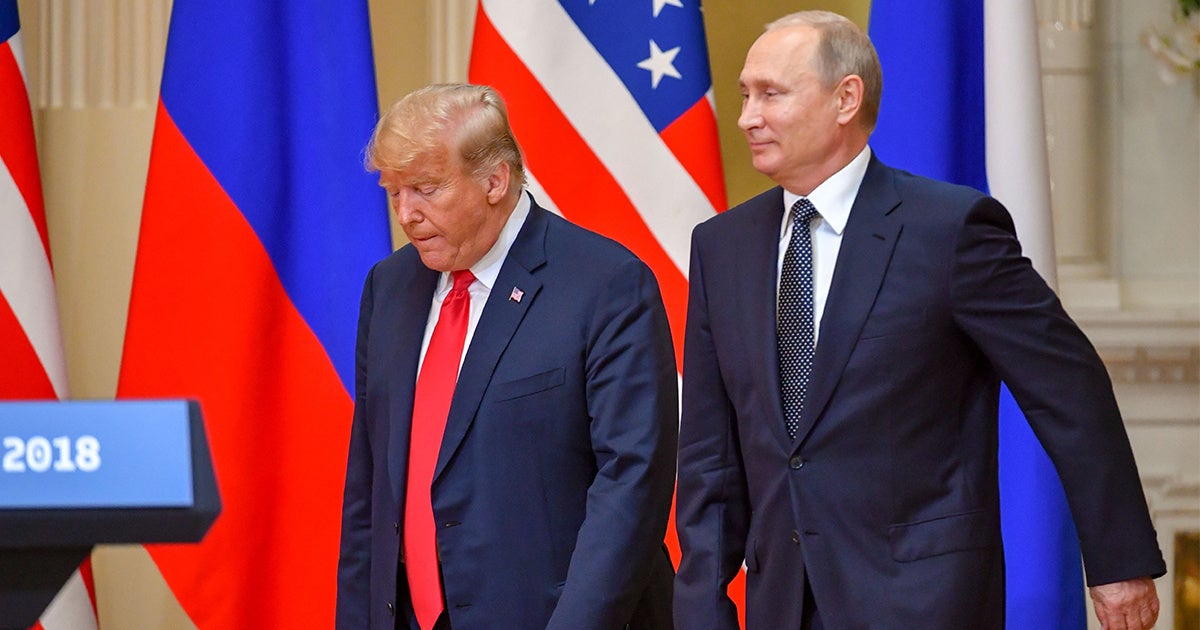 A “traitor.” “Putin’s Poodle.” “Open Treason.” These are just some of the harsh headlines to greet Trump after yesterday’s summit in Helsinki with Russian President Vladimir Putin.

The papers back home were indignant with rage. The New York Times called Trump Putin’s “lackey.” The paper said that this was the summit that Putin had dreamed of for eighteen years, and Trump had willingly obliged.

The paper thundered “Trump appeared to align himself with the Kremlin against American law enforcement before the Russian ruler and a global audience … Trump in fact was openly colluding with the criminal leader of a hostile power.”

It was not just the press who criticized the president, as he also received cross-party political condemnation.

Senate Minority Leader Chuck Schumer said in a statement: “For the president of the United States to side with President Putin against American law enforcement, American defense officials, and American intelligence agencies is thoughtless, dangerous and weak. The president is putting himself over our country.”

John Brennan, the CIA director under Barack Obama, said: “Donald Trump’s press conference performance in Helsinki rises to & exceeds the threshold of ‘high crimes & misdemeanors.’ It was nothing short of treasonous. Not only were Trump’s comments imbecilic, he is wholly in the pocket of Putin,” he tweeted.

Arizona Republican senator John McCain added it was “one of the most disgraceful performances by an American president in memory … It is clear that the summit in Helsinki was a tragic mistake … no prior president has ever abased himself more abjectly before a tyrant.”

The condemnation is everywhere, filling column inches after column inches in the press. Another headline in the Post stated “Trump is a Putin Fanboy: Someday we will know why.”

There are many reasons why Trump is a “fanboy” of Putin. And we can guess why. As well as finding common cause to dismiss the evidence of Russian meddling in the flawed election he won, the egotistical narcissistic hard men have much in common, too. And one of those issues is oil.

As one news outlet, CNBC, put it: “Russian President Vladimir Putin suggested that Moscow and Washington could cooperate to soothe volatility in the oil market that has roiled the industry in recent years.”

Putin added: “But nor are we interested in driving prices up because it will drain a lot of juices from all other sectors of the economy, so we do have space for cooperation here.”

Indeed the meteorologist Eric Holthaus, writing in Grist, also picks up the oil theme: “There’s no way to understand Trump’s relationship with Russia without putting oil and climate politics at its center” he wrote. “If you’re upset at Trump and Putin for undermining our democracy, just wait until you find out that they are likely colluding to destroy our planet’s climate system, too.”

He added: “After Monday’s meeting in Helsinki, it’s clearer than ever that we are at a crucial moment in our American democracy as well as in the biggest and most important fight we’ve ever had—the fight against climate change.”

Holthaus continued: “Russia is a petrostate, and the U.S. is now, too. In fact, the two countries are the world’s largest non-OPEC oil producers, extracting nearly as much as all OPEC countries combined … By working together, they can keep the global economy swimming in oil and gas.”

The two hardmen are propped up by fossil fuels and our addiction to oil and gas. So Holthaus finishes by arguing, “The quicker we resolve to move away from our dependence on fossil fuels, the quicker Putin and Trump will become powerless.”

And that can only be a good thing. For all of us.