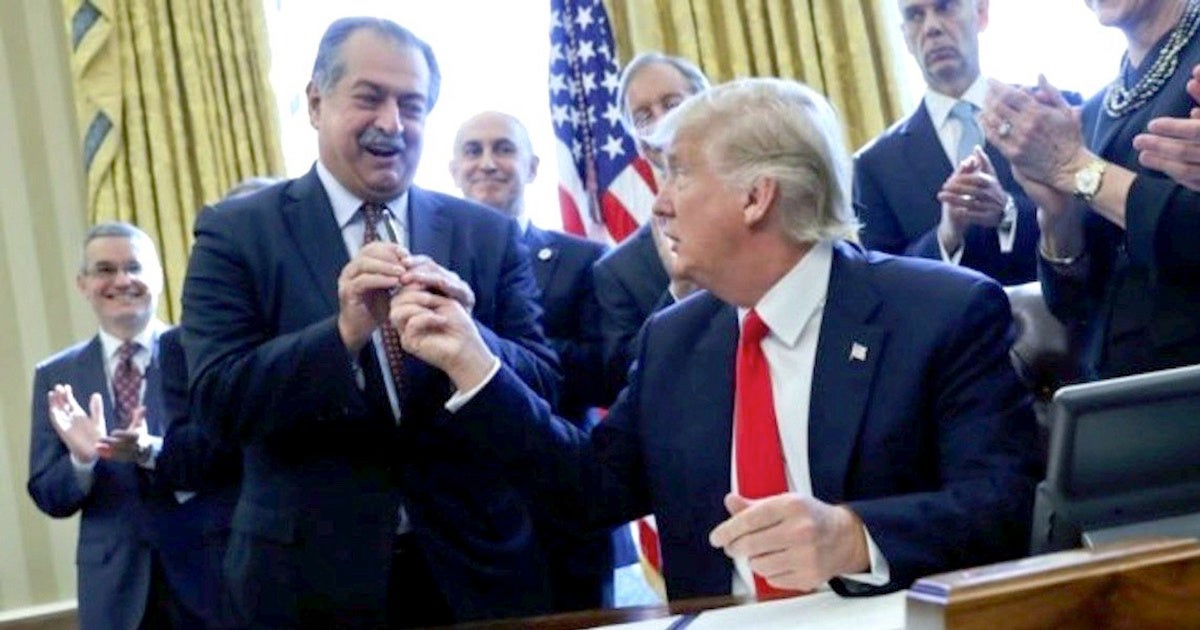 The Trump administration filed a motion before a federal judge requesting two more years to complete an assessment on the risks of three common pesticides on endangered species.

The pesticides in question—chlorpyrifos, malathion and diazinon—are three organophosphate insecticides known to harm the vast majority of the nearly 1,800 animals and plants protected under the Endangered Species Act, according to an extensive federal study.

Notably, the Associated Press reported, the administration’s motion comes after chlorpyrifos-maker Dow Chemical Co. and two other organophosphate manufacturers asked the government to ignore the findings of the aforementioned study.

“It’s appallingly clear that the pesticide industry is now essentially running Trump’s EPA,” said Lori Ann Burd, environmental health director at the Center for Biological Diversity. “This disturbing request shows that [EPA administrator Scott] Pruitt and Trump are more interested in protecting the profits of their corporate buddies than the hundreds of endangered species threatened by these deadly pesticides.”

If the request is granted, it would modify a 2014 legal agreement secured by the Center for Biological Diversity that required the U.S. Environmental Protection Agency (EPA) to assess the pesticides’ harms by the end of 2017.

According to a press release from the Center for Biological Diversity:

”Under the Endangered Species Act, the EPA must consult with the U.S. Fish and Wildlife Service and National Marine Fisheries Service to ensure its actions do not jeopardize endangered species or harm their habitats.

Despite this clear mandate, the EPA has essentially ignored the plight of endangered species injured and killed by pesticides. Only after the Center’s 2014 legal victory did the agency agree to comply with this long-standing requirement.

Unless the court approves the new delay request, the U.S. Fish and Wildlife and National Marine Fisheries services will use those assessments to develop common-sense measures to reduce the pesticides’ harm to endangered species—for example by limiting spraying in their habitat—by the end of the year.”

The Associated Press pointed out that this move “is the latest example of the Trump administration seeking to block or delay environmental rules at the behest of the industry.”

In March, according to records obtained by the Associated Press, Pruitt met with Liveris for about 30 minutes at a Houston hotel. Later that month, Pruitt announced that he would no longer pursue a ban on chlorpyrifos from being used on food, ignoring his agency’s own review that even small amounts of the pesticide could impact fetus and infant brain development.