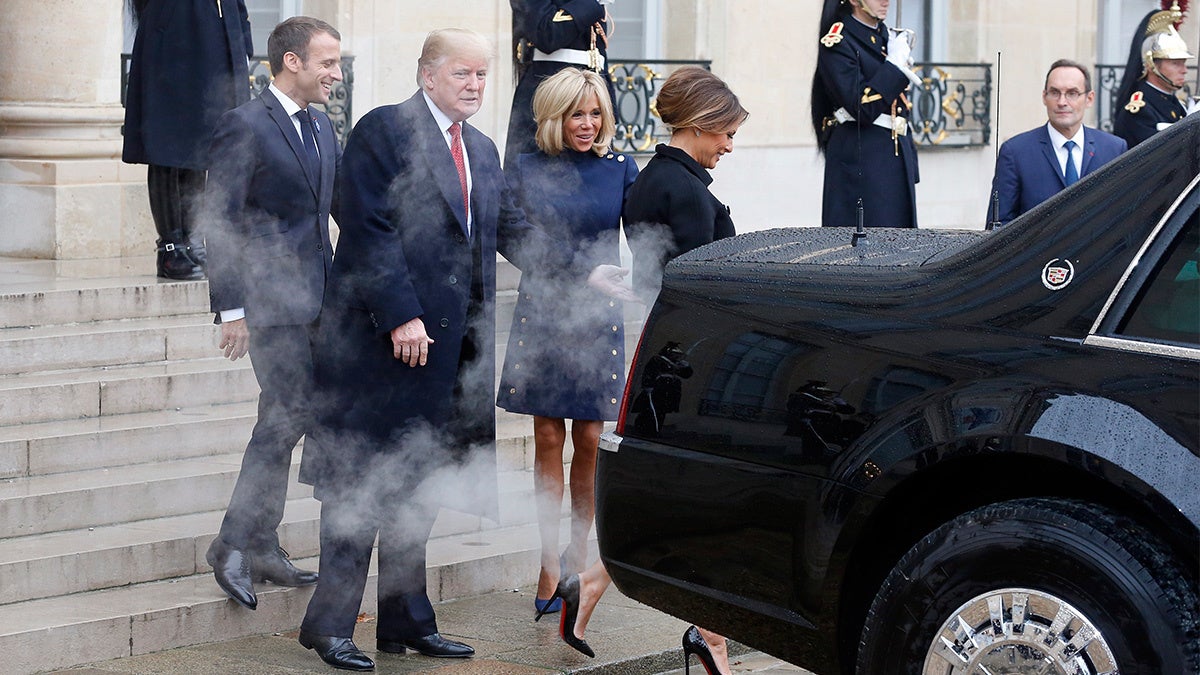 President Trump confirmed Wednesday that his administration will start its official pullout from the 2015 Paris agreement, a long expected move that sacrifices the country’s ability to be a leader in the fight against the global climate crisis.

Trump’s withdrawal, which can officially begin on Nov. 4, is part of his “America First” policy, he argued at a natural gas conference in Pittsburgh, as Reuters reported.

“The Paris accord would have been shutting down American producers with excessive regulatory restrictions like you would not believe, while allowing foreign producers to pollute with impunity,” said Trump, who was flanked on stage by workers in hard hats, as Reuters reported.

“What we won’t do is punish the American people while enriching foreign polluters,” he claimed, adding: “I’m proud to say it, it’s called America First.”

By the rule of law, the U.S. can submit to the UN a written intention to leave on Nov. 4. It can then officially leave, one year later, which will be one day after the 2020 election.

If the U.S. does withdraw, it will leave the U.S. and Syria as the world’s only two countries not in the Paris agreement — the world’s biggest economy and a war-torn nation. The Paris agreement is essentially a voluntary commitment from countries around the world to cut emissions. The Obama administration agreed to cut emissions 28 percent below 2005 levels by 2025, but the state department under Trump has not turned over any documents showing progress toward that goal, as The New York Times reported.

“I withdrew the United States from the terrible, one-sided Paris Climate accord. It was a total disaster,” claimed Trump in his speech yesterday, as The Hill reported. “I was elected to represent the citizens of Pittsburgh, not Paris.”

How a commitment from nearly 200 countries around the world is one-sided was not explained. However, environmentalists, policy makers and scientists quickly criticized the move, noting that leaving damages the ability of the U.S. to lead in the lucrative transition to cleaner energy, as Reuters reported.

“This is really a betrayal of the next generation,” said Malik Russell, a spokesman for The Climate Mobilization, a youth-led environmental advocacy group, who added that the decision was insanity, as the The New York Times reported.

“President Trump’s anti-science stance that climate change is not a serious threat demanding meaningful action puts the profits of fossil fuel polluters above the health and well-being of current and future generations,” said Alden Meyer, director of strategy and policy at the Union of Concerned Scientists and a leading expert on the United Nation’s international climate negotiations process, in a statement. “It also impedes the ability of American companies and workers to compete with other countries like China and Germany in the rapidly expanding market for climate-friendly technologies.”

“Fortunately, no other country is following President Trump out the door on Paris,” he added.

The original agreement to cooperate to curtail a mounting crisis was rejected by Nicaragua, a poor central-American nation, because the agreement did not go far enough to slash emissions. Nicaragua subsequently joined in 2017, saying it was the only available instrument that has a unity of intentions to face the climate crisis and natural disasters, as Reuters reported.

“It will take some time to recover from this train wreck of U.S. diplomacy,” said Andrew Light, a former State Department official during the Obama administration and currently a senior fellow at the World Resources Institute, as Reuters reported.