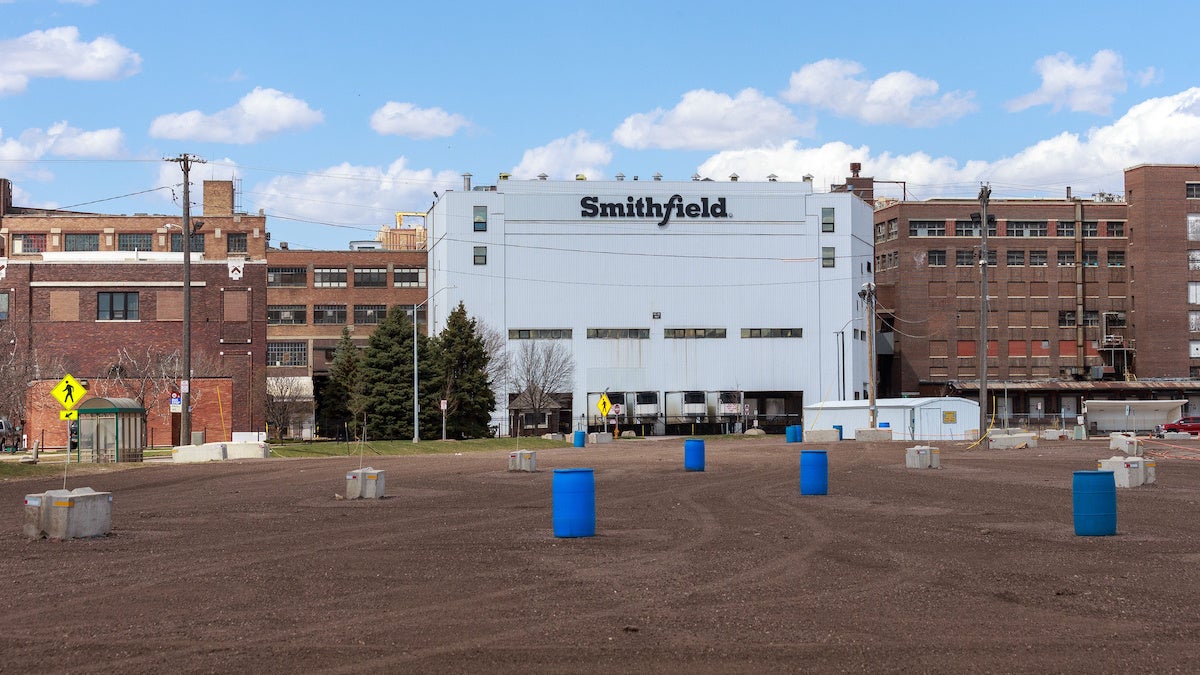 A Smithfield Foods pork plant in Sioux Falls, South Dakota that was forced to close after it became one of the nation's leading coronavirus hot spots. Smithfield Foods was bought by China's WH Group Ltd (0288.HK) in 2013 for $4.7 billion, according to Reuters. KEREM YUCEL / AFP via Getty Images

The order came two days after the chair of Tyson Foods warned that plant closures could remove millions of pounds of meat from the U.S. supply chain, leading to shortages in grocery stores. But plant workers and labor advocates are concerned the order could put meat-industry employees at greater risk.

“To me it’s just putting more people in danger. He is not concerned about the people’s life and well-being,” Robert Hope, a 59-year-old worker at a Tyson plant in Camilla, Georgia who has been on unpaid leave since March 18 due to a heart condition that makes him vulnerable to the virus, told The New York Times.

The executive order designates meat production facilities as “critical infrastructure” and was issued under the Defense Production Act. The Labor Department and the Occupational Safety and Health Administration (OSHA) also issued guidelines that will protect plants that remain open from liability. The United Food and Commercial Workers International Union (UFCW) said at least 13 plants had closed over the past two months, leading to a 25 percent drop in pork production capacity and a 10 percent drop for beef, CNN reported.

“Such closures threaten the continued functioning of the national meat and poultry supply chain, undermining critical infrastructure during the national emergency,” the executive order said, as BBC News reported. “Given the high volume of meat and poultry processed by many facilities, any unnecessary closures can quickly have a large effect on the food supply chain.”

But the closures came because the virus that causes COVID-19 was spreading rapidly between employees in plants where crowded working conditions make social distancing difficult. A Tyson pork plant in Waterloo, Iowa closed after more than 180 infections were linked to it, NBC News reported. That was nearly half of the cases reported in Iowa’s Black Hawk County. Similarly, a Smithfield Foods pork plant in Sioux Falls, South Dakota closed after its employees accounted for 238 of the state’s 626 cases.

All told, more than 5,000 meatpacking workers have sickened and at least 20 have died, UFCW said Tuesday.

The union, which represents 250,000 workers in the industry, issued a statement calling on the administration to ensure workers are protected while plants stay open.

America's meatpacking workers put their lives at risk daily to keep us fed during #coronavirus outbreak.

He called for measures like ensuring worker access to the national stockpile of personal protective equipment, ensuring access to daily testing for workers and communities, enforcing social distancing guidelines and providing paid leave to any employees who fall ill.

OSHA and the Centers for Disease Control and Prevention (CDC) issued new guidelines Sunday for keeping meatpacking workers safe, The New York Times reported, such as requiring workers to move through plants single file and placing workstations six feet apart, but worker advocacy groups point out that compliance is voluntary.

“It’s a guideline. It’s not a regulation. They can do whatever they want,” Food & Water Watch lobbyist Tony Corbo told The New York Times. “The people are still standing next to one another in these plants. They’re still getting sick.”

People for the Ethical Treatment of Animals (PETA) launched a petition calling on the administration to keep slaughterhouses closed.

For the health of workers treated like scum in these slaughterhouses, the animals destined to be killed, and the country, we must ALL speak out! Take action: https://t.co/TCaKr3E4aT pic.twitter.com/2mhxeJEhZd

“For the sake of human health and in behalf of the animals destined to be slaughtered and the migrant and other workers who are treated like scum in these slaughterhouses and whose families are more at risk than in almost any other job, PETA asks the nation to rise up and shout a resounding ‘NO’ to keeping slaughterhouses open at this time,” the organization wrote.