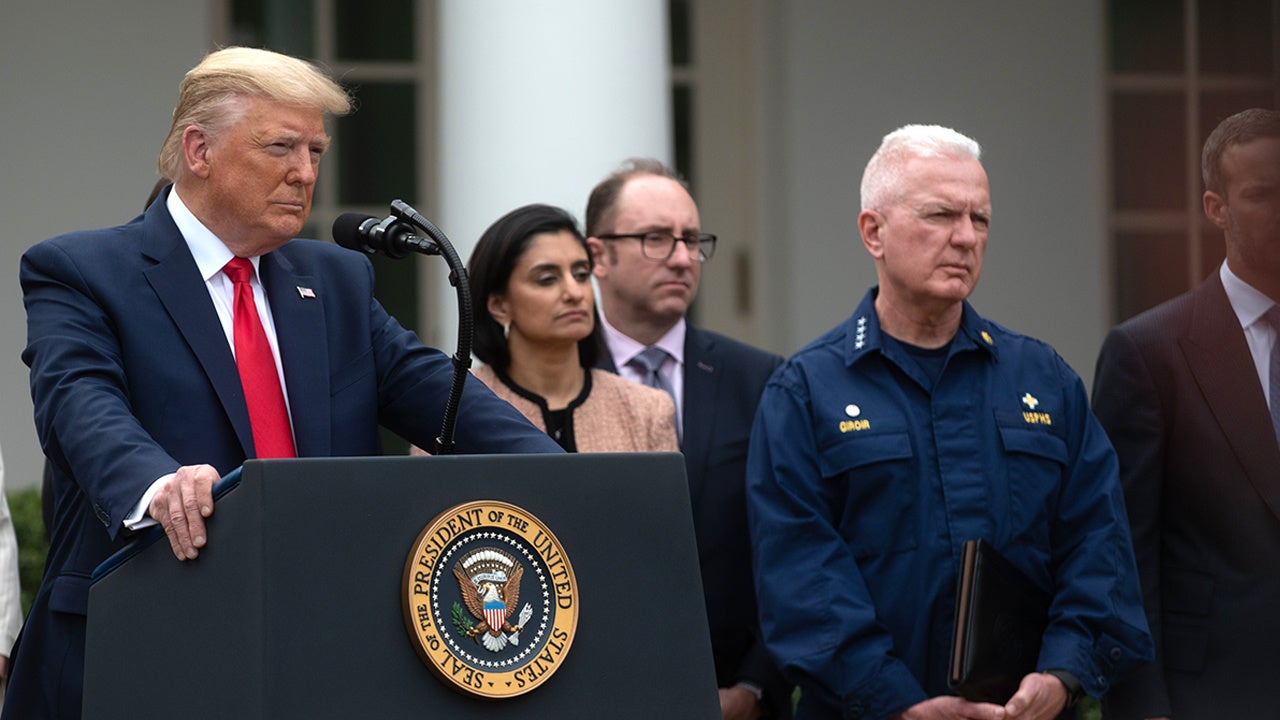 Donald Trump during a news conference in the Rose Garden of the White House in Washington, DC, on Friday, March 13. Zach Roberts / NurPhoto / Getty Images

Climate action groups and progressive critics expressed disappointment and outrage on Friday afternoon after President Donald Trump — despite a continued failure to offer far-reaching support to the U.S. public — moved to bolster the bottom lines of oil and gas companies by announcing a massive federal purchase for the nation’s Strategic Petroleum Reserve (SPR).

“Based on the price of oil, I’ve also instructed the Secretary of Energy to purchase at a very good price large quantities of crude oil for storage in the U.S. strategic reserve,” Trump announced during a White House press conference — surrounded by CEOs from major corporations, including Walmart, CVS, and Target — in which he also declared an official national emergency in order to combat the outbreak of the coronavirus.

“Trump has once again put the interests of oil and gas executives ahead of the interests of people and communities,” said Alex Doukas of Oil Change International. “With this move, Trump has rolled out a plan to prop up U.S. oil companies before he has even bothered to guarantee paid sick leave for US workers who are going to be on the frontlines of the coronavirus crisis for weeks to come.”

The news came Friday as additional school closures were announced for states nationwide, grocery store shelves were wiped clean, and worry continues to spread about just how extensive the outbreak will become.

Greenpeace warned that the total cost of the oil purchase “could exceed .6 billion in public funds,” a stark comparison when put next to the proposal put forth by House Democrats just hours earlier. Introducing the “Families First Coronavirus Response Act” which calls for an estimated .7 billion aimed at helping working families and children to weather the public health crisis, House Speaker Nancy Pelosi said, “The American people expect and deserve a coordinated, science-based and whole-of-government response to keep them and their loved ones safe: a response that puts families first to stimulate the economy.”

By putting his administration’s emphasis on bailing out the oil industry, John Noël, a senior climate campaigner for Greenpeace USA, said the president is doing the opposite of putting people first.

“Trump’s response to a global pandemic is to put billionaires and corporate polluters ahead of American families. There’s no evidence that this handout would protect jobs, pensions, benefits, or ease the hardships facing fossil fuel workers or communities confronting the COVID-19 outbreak right now. It’s nothing more than a gift to the industry that created the climate crisis.”

Doukas agreed, calling it “wildly inappropriate” for Trump “to abuse the Strategic Petroleum Reserve as a tool to prop up the oil and gas industry at a time when the White House should be focusing on how to help everyday people in the US.”

“Where is the relief for workers grappling with caring for their families, retail workers risking exposure every day, families grappling with debt and mounting bills while their livelihoods are put at risk?” he asked. “No, today President Trump focused on propping up polluting industries and trotting out CEOs to sell their wares.”

Despite the criticisms from those focused on the needs of families, it appeared the announcement during what was dubbed Trump’s “Shock Doctrine press conference” had the desired result.

The entire press conference now appears to be an attempt to pump up stocks of big american companies right before the close. Astonishing. https://t.co/BPNQ1DviVK