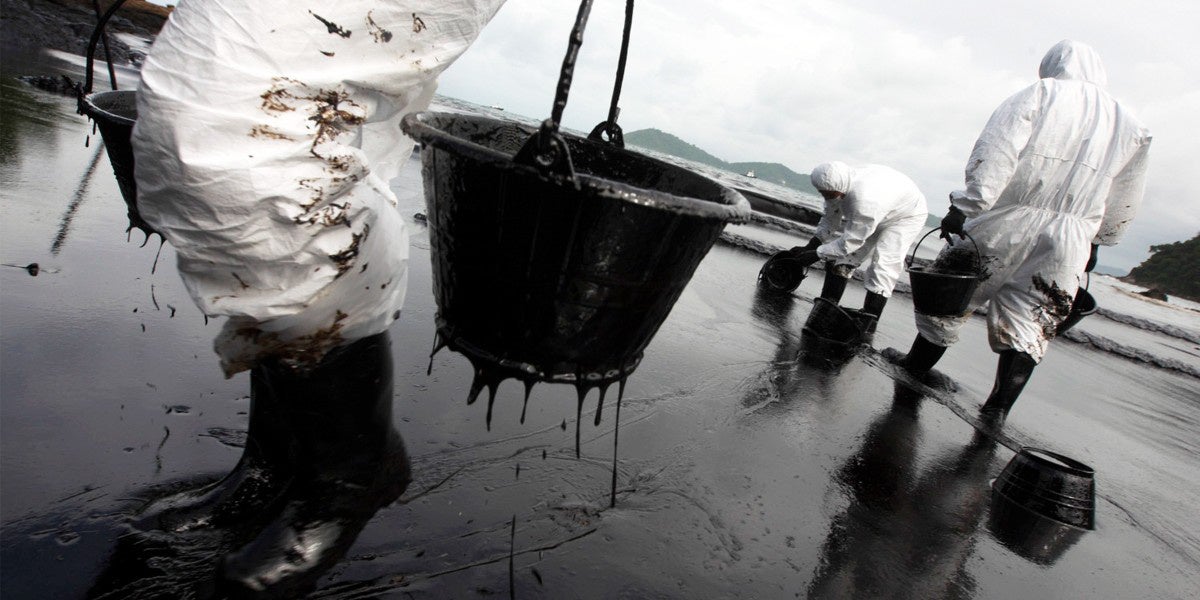 Drue Pearce is the acting administrator for the Pipeline and Hazardous Materials Safety Administration (PHMSA), an agency in the Department of Transportation responsible for ensuring oil and gas pipeline integrity. However, she is also associated with a company specializing in the sale of oil spill equipment.

Pearce, a Republican from Alaska, was appointed on Aug. 7 by the Trump administration to serve as PHMSA’s deputy administrator, a position that does not require U.S. Senate confirmation. However, since at the time the administration had yet to nominate an administrator for the agency, Pearce stepped into the role as acting administrator. 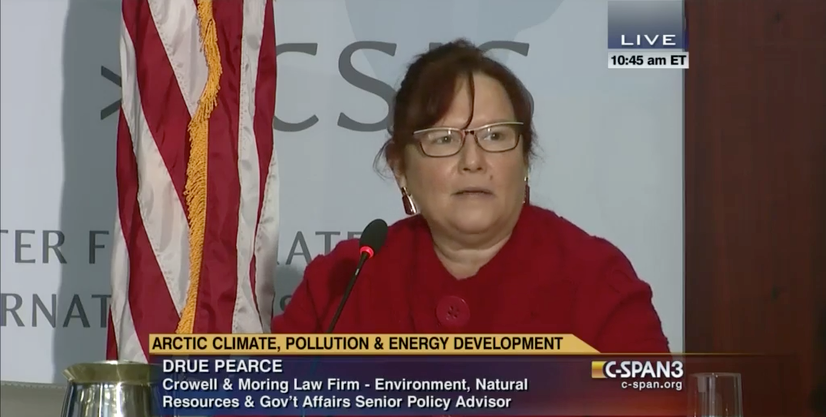 The company advertises itself as “the Arctic’s preferred partner for environmental compliance products & Oil Spill Response,” and says its products “are very popular in small northern communities, in mining industrial and construction industries, and fishing and hunting lodges.” 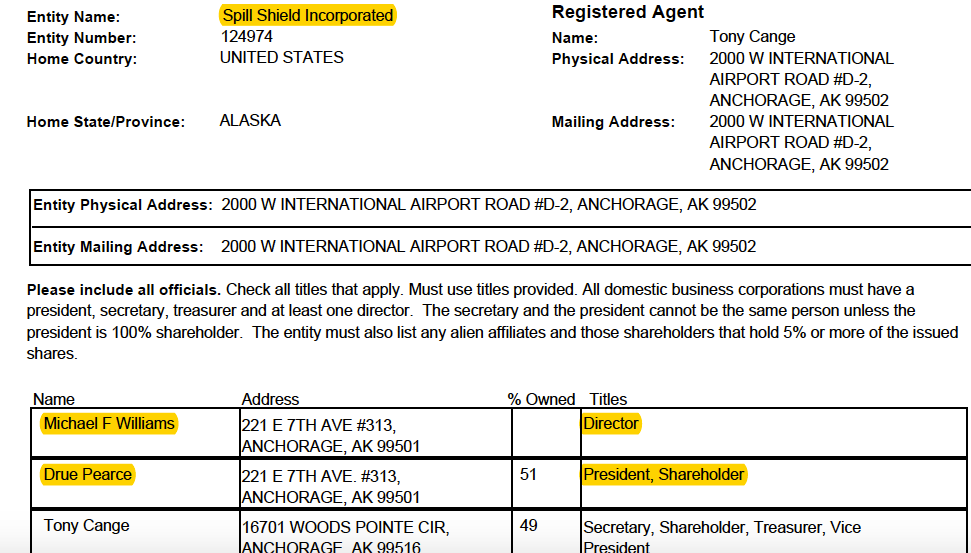 Both Pearce and Williams are also registered in Alaska as owning a company by the name of Cloverland LLC, which shares the same Anchorage address as Spill Shield. Company records for Cloverland indicate it is involved in the “sale of environmental response equipment.” The relationship between Cloverland LLC and Spill Shield is unclear.

According to government spending records, since 2010 Spill Shield was awarded three different federal contracts. In 2010 and 2015, the company provided waste disposal equipment to the Department of Defense. In 2014 it supplied the Department of Commerce with similar equipment.

Adding another layer of complexity to this situation is the fact that Pearce also has a background as a Washington, DC and Anchorage lobbyist. Before her appointment to PHMSA, and in addition to owning Spill Shield, she headed public affairs at the law firm Hart & Holland LLP, where she focused on energy, natural resources and manufacturing industries. Prior to that, she worked as a lobbyist and senior policy advisor for the law firm Crowell & Moring LLP.

In addition, Pearce has a history of moving among politics, government and the private sector. A former state representative and president of the Alaska state Senate, she was appointed by the Bush-Cheney administration to serve as federal coordinator for Alaska Natural Gas Transportation Projects, an independent federal agency charged with expediting the delivery of natural gas from Alaska to North American markets.

Pearce’s husband, Michael Williams, is a former oil executive, who worked at BP for many years.

Government ethics rules define a personal financial interest as instances in which a government employee’s immediate family members—including spouses—receive financial gain that may compromise the employee’s service of the public interest.

“It’s important and disturbing to learn that a senior Trump administration official has a significant financial interest in oil spills. The fact that it’s an appointee’s spouse who owns a company, rather than the appointee, does not shield them from conflicts of interest scrutiny in either common sense or the law,” Hauser told DeSmog.

“But troublingly,” Hauser added, “the law generally allows appointees with particular conflicts of interest to work on issues of broad impact on a given sector even when common sense says that they’re hopelessly conflicted. That hole in the law was problematic under Barack Obama and previous presidents and has become catastrophic under Trump. Concern that the power of the federal government to do good is being subverted by people seeking to enrich themselves corrodes our democracy.”

DeSmog has requested copies of Pearce’s financial disclosure, which executive branch officials must submit to ethics officers upon appointment. On Sept. 26, a representative of the Department of Transportation’s ethics office told DeSmog that Pearce needed to “clarify a couple of items on the report” and have the disclosure certified. The official said that the document will be provided to DeSmog “ASAP,” but at the time of publication it has yet to be supplied.

DeSmog also inquired whether, as acting administrator, Pearce filed an ethics agreement, which would detail which steps she plans to take in order to mitigate any potential conflicts.

In response, a PHMSA spokesperson said that Pearce will recuse herself from involvement in instances that might affect her finances.

“In accordance with executive branch ethics laws, Ms. Pearce timely filed a Public Financial Disclosure Report (OGE Form 278e) that is under review by agency ethics officials,” the spokesperson said. “Under the ethics laws, Ms. Pearce is recused from participating in any particular matter that would have a direct and predictable effect upon the financial interests of any entity in which she holds a financial interest. Only Presidential appointees who are confirmed by the Senate file Ethics Agreements; here, because Ms. Pearce is not a Senate-confirmed appointee, she does not have an Ethics Agreement.”