Should the President Have Sole Authority to Launch a Nuclear Attack? In the Age of Trump, Experts Offer an Alternate Plan 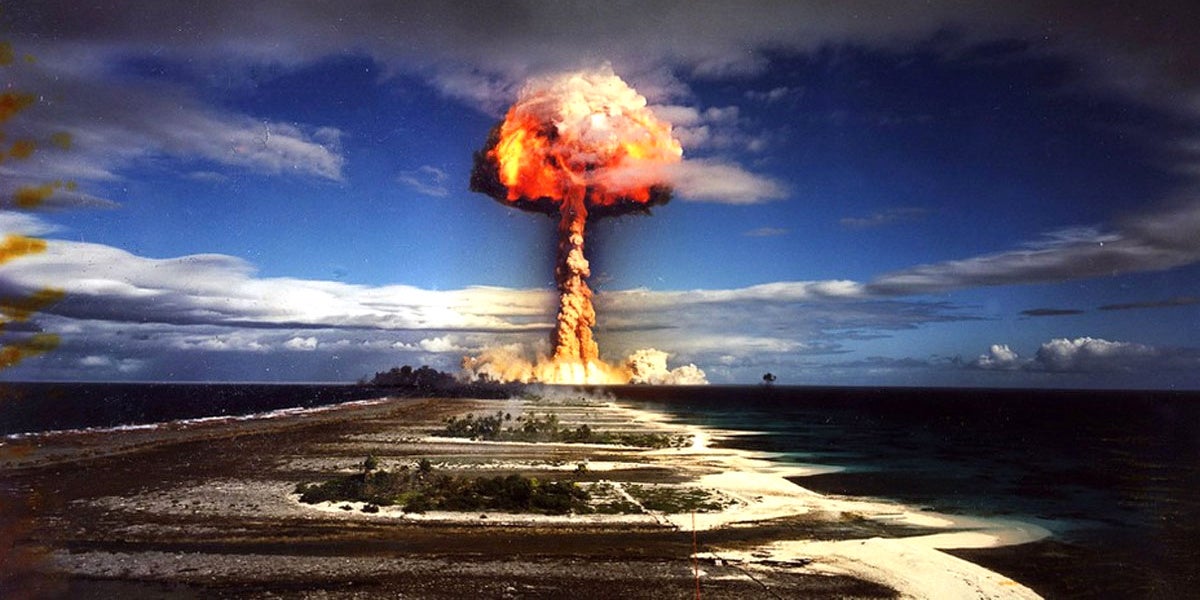 More than a million people in Hawaii thought it was time to say their final alohas. A state cellphone alert announced that nuclear missiles were heading their way. “Ballistic missile threat inbound to Hawaii,” the Jan. 6 text read. “Seek immediate shelter. This is not a drill.”

Fortunately, it was a false alarm. It turned out that a Hawaii Emergency Management Agency employee had pushed the wrong button during an early morning shift-change safety drill. At a press conference later that day, Hawaii Gov. David Ige promised that no single person would be able to send such a warning again. The next day, the agency announced it now would require that two people issue an alert.

Good idea. But an even better idea would be to take the same approach to the U.S. nuclear button, the one that President Trump insists is bigger than North Korea’s.

In a paper published Wednesday in the Bulletin of Atomic Scientists, two experts from the Union of Concerned Scientists (UCS) and a University of Maryland national security specialist recommend that U.S. policy require at least two other officials sign off on such a critical decision.

“There’s no reason to maintain our current, unnecessarily dangerous policy,” said paper co-author Lisbeth Gronlund, co-director of the UCS Global Security Program. “There are viable alternatives that would allow other officials to take part in any decision to use nuclear weapons, whether it’s first use or a response to a nuclear attack.”

Not Even a ‘Stable Genius’ is Reassuring Enough

Putting aside the fact that the nuclear button is actually a briefcase that for some reason is called a football, the U.S. president has the sole authority to order the launch of a nuclear weapon, for any reason and at any time. That’s terrifying, regardless of who is sitting in the Oval Office. No one person, not even our current, self-described “stable genius,” should have the license to start a nuclear war. As former Defense Sec. William Perry has said, “Certainly a decision that momentous for all of civilization should have the kind of checks and balances on executive powers called for by our Constitution.”

President Trump’s ignorance about nuclear weapons and his chest-thumping threats to incinerate North Korea have prompted some members of Congress to take action. Sen. Ed Markey (D-Mass.) and Rep. Ted Lieu (D-Calif.) introduced a bill last January that would prohibit the president from ordering a first nuclear use without Congress declaring war, and last fall the Senate Foreign Relations Committee held a hearing on the sole authority question for the first time in four decades.

But don’t bet on Congress to pass legislation on the matter any time soon. The Markey-Lieu bill does not have the requisite bipartisan support, and Senate Foreign Relations Committee Chairman Bob Corker (R-Tenn.), who had previously warned that Trump’s bellicose rhetoric could put the country “on the path to World War III,” told reporters after the Nov. 14 hearing that he did “not see a legislative solution today.” Something could happen “over the course of the next several months,” he added, “but I don’t see it today.”

Who’ll Be the Next in Line?

A few days after Corker’s hearing, Columbia University professors Richard K. Betts and Matthew Waxman published a proposal to constrain the president’s sole authority. They suggest a protocol requiring the secretary of defense and the attorney general to certify the validity and legality of a presidential first-use order. The certification requirement would not apply if the United States were attacked, however, because Betts and Waxman presume it would delay a response.

Gronlund and her co-authors, UCS Global Security Program Co-Director David Wright and University of Maryland School of Public Policy Prof. Steve Fetter, agree that at least two other officials should be involved, but recommend the vice president and the speaker of the House of Representatives, the next two officials in the presidential chain of succession.

Tapping officials from the presidential succession list has three main advantages, Gronlund et al. explain. First, they have political legitimacy. Both are already designated by law to become commander-in-chief and assume authority to order a nuclear attack. Second, they would provide democratic input. Both were elected, and one—the speaker—can act on behalf of Congress. Finally, unlike the defense secretary or the attorney general, they are both independent. The president cannot fire either of them for refusing to follow an order.

Given that the Federal Emergency Management Agency continually tracks the location of the top officials in the line of presidential succession, Gronlund et al. point out, it would be relatively easy to include the vice president and House speaker in the decision-making process and make it possible for them to sign off on a first use order and a retaliatory nuclear launch.

End Hair-Trigger and Declare No First Use

Gronlund and her co-authors recommend two other changes in U.S. nuclear policy that they say would make the world safer. First, they call on the U.S. to take its land-based intercontinental ballistic missiles (ICBMs) off high alert and eliminate the option of launching them in response to an attack warning.

The policy of keeping U.S. land-based missiles on a hair trigger dates to the Cold War era, when both U.S. and Soviet military strategists feared a surprise first-strike nuclear attack on cities and industrial sites as well as on their land-based nuclear missiles and bombers. To ensure that they maintained the capability of responding, both countries kept their land-based nuclear weapons on hair-trigger alert so they could be launched within minutes to avoid being destroyed on the ground.

Today, even if all U.S. ICBMs were destroyed in their silos, most U.S. nuclear weapons are deployed on submarines, which are virtually undetectable. They are designed to be able to survive a first strike and launch a retaliatory attack.

It is now much more likely that the U.S. would launch a retaliatory nuclear strike in response to an erroneous or misinterpreted nuclear-attack warning than an actual incident, the chance of which is extremely remote. Indeed, the possibility of an accidental nuclear launch is frighteningly real. A number of technical glitches and human errors in both Russia and the U.S. over the past few decades have nearly triggered one.

Finally, Gronlund et al. urge the U.S. to embrace a no-first-use policy. The sole purpose of U.S. nuclear weapons, they write, should be “to deter and, if necessary, respond to the use of nuclear weapons against the United States or its allies.”

A leaked draft of the soon-to-be released Nuclear Posture Review, however, indicates that the administration plans to permit the use of nuclear weapons under a wider range of circumstances, including “non-nuclear strategic attacks,” which presumably would include cyberattacks. To push back on this ill-advised idea, Gronlund and her co-authors urge Congress to pass the aforementioned Markey-Lieu bill requiring Congress to declare war and authorize the use of nuclear weapons as well as a bill introduced by Rep. Adam Smith (D-Wash.) last November that simply states: “It is the policy of the United States to not use nuclear weapons first.”