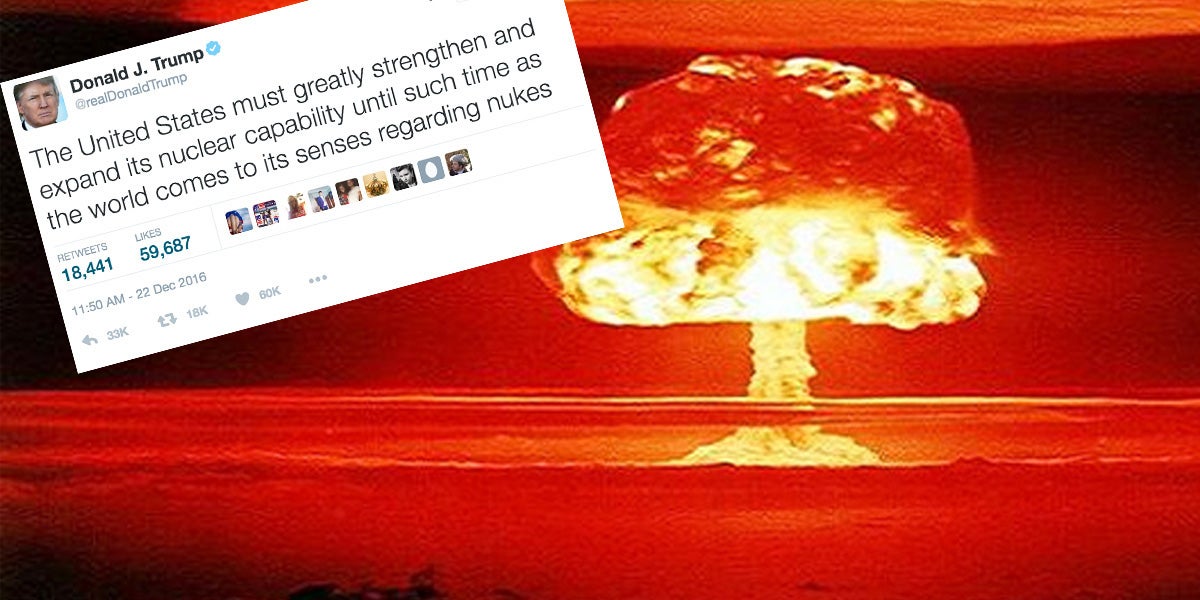 President-elect Donald Trump raised the prospect of a new global arms race on Thursday, after he suggested on Twitter he would increase the size of the U.S. nuclear arsenal. Trump’s tweet read, “The United States must greatly strengthen and expand its nuclear capability until such time as the world comes to its senses regarding nukes.”

Trump’s tweet came on the same day Russian President Vladimir Putin said his country needed to “strengthen the military potential of strategic nuclear forces.” This morning, MSNBC host Mika Brzezinski said Trump told her today, “Let it be an arms race. We will outmatch them at every pass and outlast them all.”

We speak to Annie Leonard, executive director of Greenpeace USA.

Kellyanne Conway: I don’t think the tweet was groundbreaking in this regard. It seems that President Obama himself has invested––has called for an upgrade in our capabilities. I’ve read in one or two articles, up to $1 trillion is the price tag. So, we all—you know, President Obama, President-elect Trump—everyone shares the same, I think, core value, and their first duty is to try to keep us all safe. And we know it’s a dangerous world, and that includes nuclear weapons.

Amy Goodman: So, there you have Kellyanne Conway defending Trump, saying he’s not changing things that much. We have done many shows on Obama’s trillion-dollar nuclear plan. What about this, Annie Leonard?

Amy Goodman: And I just want to correct: Kellyanne Conway has been named counselor to the president.