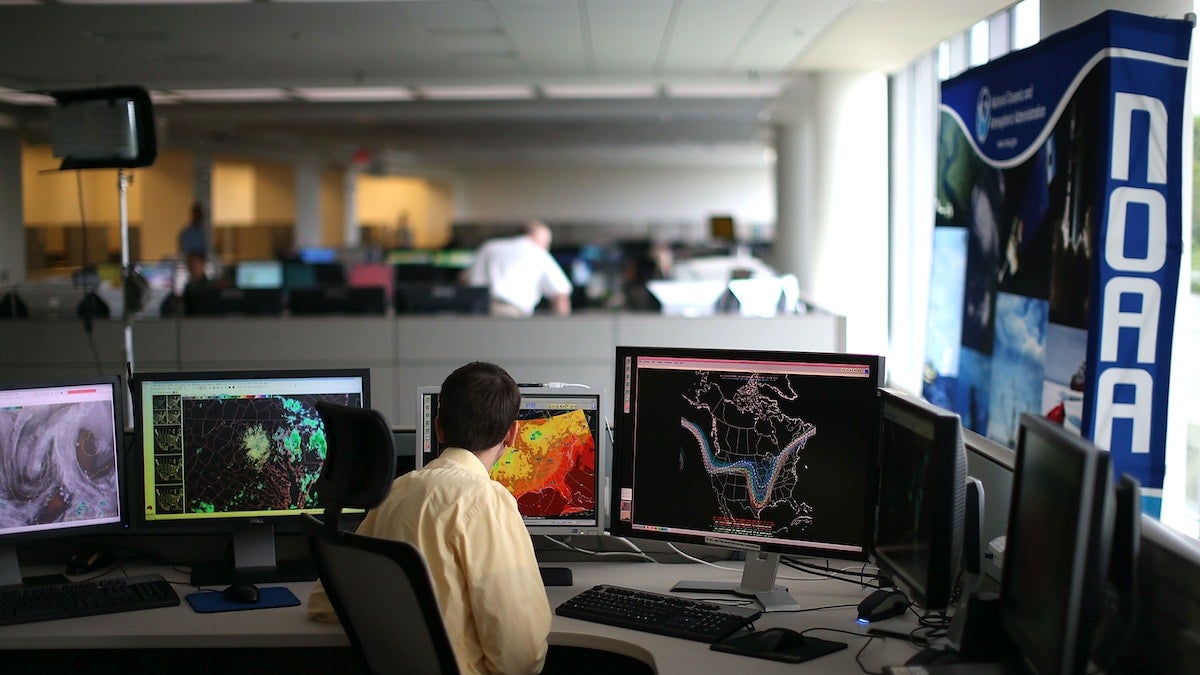 First, David Legates, a University of Delaware professor who has questioned the scientific consensus that human activity drives the climate crisis and has argued carbon dioxide emissions are actually beneficial, was named deputy assistant secretary of commerce for environmental observation. Now, the Trump administration is in the process of appointing meteorologist Ryan Maue to serve as the agency’s chief scientist, two NOAA officials confirmed to The Washington Post Monday. Maue, who runs the site weathermodels.com, does accept that the burning of greenhouse gases is impacting the global climate. However, he has spoken out against worst-case-scenario climate predictions and criticized activists for using extreme weather events to argue for reducing the burning of fossil fuels.

“For the second time this month, a person who misrepresents, distorts, and disagrees with climate science is being placed in a science position at NOAA,” professor Katharine Hayhoe tweeted in response to the news.

Maue previously served as an adjunct scholar with the Cato Institute, a libertarian think tank that questioned mainstream climate science, The Washington Post pointed out. He co-wrote an op-ed in the Wall Street Journal challenging the climate predictions of NASA scientist James Hansen, which have been supported by peer-reviewed studies. Most recently, he has lashed out against California Gov. Gavin Newsom and his supporters for linking the climate crisis to the state’s record-breaking wildfire season.

“Seems the Democrats have coordinated their efforts to use the devastating California fires as an opportunity to score political points in the upcoming election by blaming them solely on climate change (and Trump),” he wrote in a deleted tweet recovered by The Washington Post.

However, a number of studies have shown that changes to the climate are making the state’s fires more frequent and more intense.

As chief scientist, Maue would influence NOAA’s research agenda for oceanic and atmospheric science, as well as its scientific integrity policy. He still has to pass ethics and security reviews, but would not require Senate confirmation.

Other scientists questioned whether Maue had the credentials for the role.

“Normally, when people are chosen for high-profile positions relating to climate change, I’ve heard of them. I have no idea who this person is, other than I’ve seen him saying things about climate that are wrong on social media and in op-eds. I suspect that he has the one and only necessary qualification for the job: a willingness to advance the agenda of climate deniers,” Texas A&M climate scientist Andrew Dessler tweeted in reaction to Maue’s likely appointment. “To me, this emphasizes how thin the climate deniers’ bench is. I’m sure they’d prefer to have someone with actual credentials take the job, but this shows that credentialized experts who dispute mainstream climate science simply don’t exist.”

“Lukewarming is not climate denial,” Maue said. “Most of us on this side of the issue believe in lower climate sensitivity. We don’t believe there’s going to be 5° of warming; we figure it’s at the lower end of 1.5°.”

However, most scientists think the world could hit 1.5 degrees Celsius above pre-industrial levels within the next two decades and then continue to heat up.