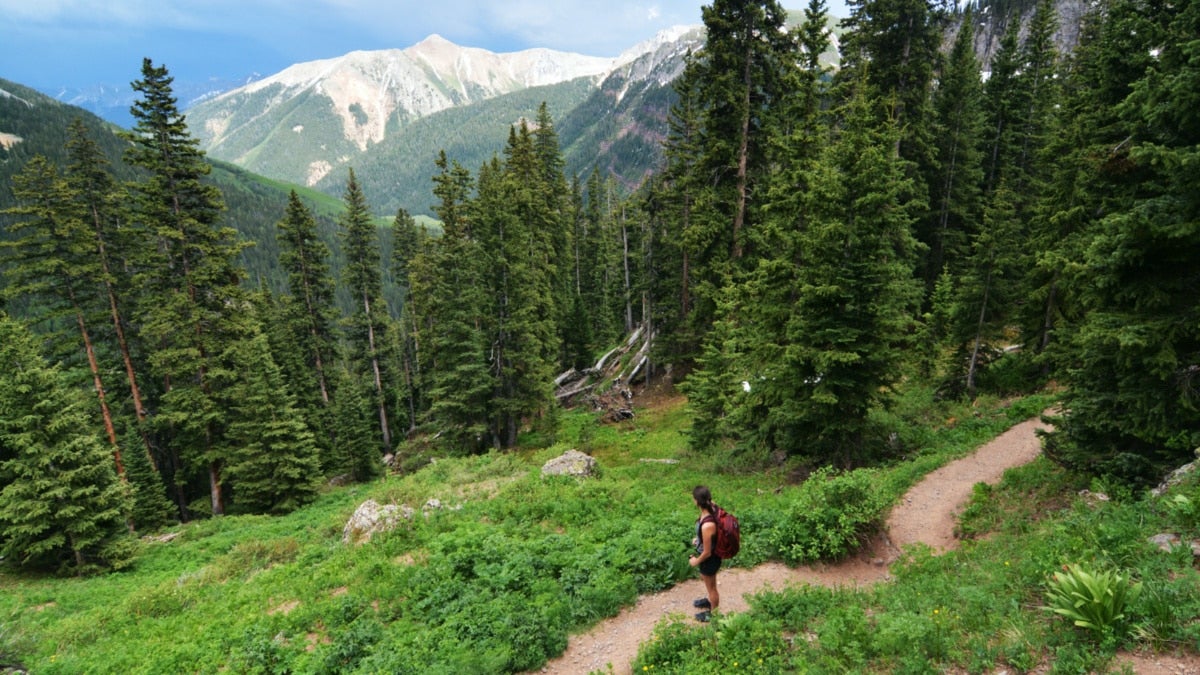 San Juan National Forest in Colorado is an example of the national forests that will be vulnerable to oil and gas drilling. Paxson Woelber / Wikimedia Commons / CC by 4.0

The new rule would allow drilling without public review or environmental reviews that would analyze the impact of industrial actions, The Guardian reported.

“By undermining the public participation and environmental review required by the National Environmental Policy Act, this proposed rule puts the interests of the fossil fuel industry ahead of the public interest,” Will Fadely, a senior government relations representative for The Wilderness Society, said in a statement.

So far, the U.S. Forest Service allows drilling and exploration in roughly one-third of its protected forests, or about three percent of its lands. Now, a new analysis from The Wilderness Society finds that the proposed rule will transfer control of the lands from the Forest Service to the Bureau of Land Management, which will then open up drilling on millions of acres in Colorado, Montana, New Mexico, Nevada, Utah and Wyoming, The Guardian reported.

The Forest Service would experience a drastically reduced role, with its duties limited to protecting specifically named natural resources.

Although the rule mostly targets forests in the West, the proposed rule could also affect national forests on the East Coast, according to The Guardian. This means more forests could share the fate of Allegheny National Forest, now home to thousands of abandoned oil and gas wells, which taxpayers must pay to clean up, The National Resources Defense Council (NRDC) reported.

As the National Audubon Society pointed out, national forests play an important role in storing carbon dioxide and combatting the climate crisis. By eliminating the necessary environmental review, the new leases will have free reign to cleave habitats with roads and pollute pristine lands.

“The administration really outdid itself with a proposal that has the Forest Service walking away from its responsibilities for managing our national forests and grassland while closing the door on public oversight,” Nada Culver, vice president of public lands and senior counsel for the National Audubon Society, said in a statement. “This is not just a conservation issue, it’s putting our communities at risk. Replacing forested areas and grasslands with drill pads and access roads not only means fewer birds like Mallards and Prairie Warblers, but also degrades our lands and natural spaces, and threatens water supplies for millions of people.”

The NRDC took exception to how the proposed rule will allow drilling near the lands of Indigenous people. The NRDC noted that despite industrialization and relocation policies, Indigenous people have been stewards of the land and a model of the economic and emotional benefits that healthy forests provide.

“Tens of millions of Americans hike, camp, fish, hunt, bike and run in our national forests each year,” Sharon Buccino, senior director of lands for the Nature Program at NRDC, said in a statement. “This rule would sideline their voices in favor of the fossil fuel industry. We won’t allow the Trump administration to shut down public review of drilling in our national forests that the American people don’t want and that the climate can’t afford.”