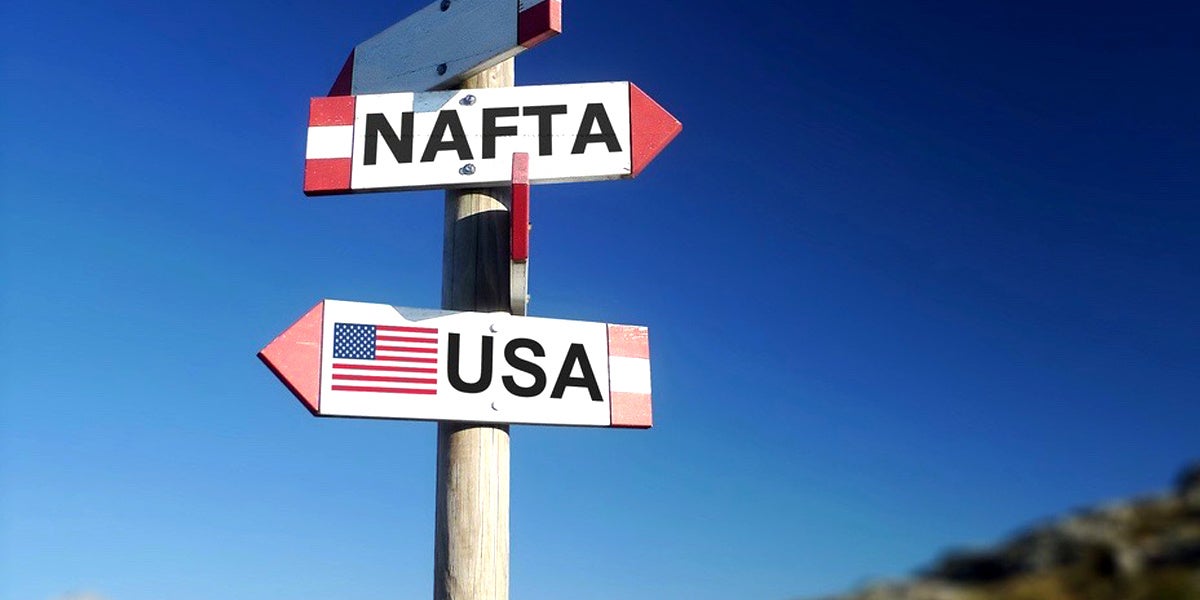 The Trump administration released its objectives Monday for renegotiating the North American Free Trade Agreement (NAFTA). The objectives suggest a repeat of labor and environmental provisions from the Trans-Pacific Partnership (TPP)—a deal whose demise Donald Trump widely took credit for—that were deemed too weak by virtually all leading labor and environmental groups. On other critical questions, the ostensibly “detailed” negotiating objectives provide no details, such as whether corporations will continue to be able to use NAFTA to sue governments over environmental protections in unaccountable tribunals of corporate lawyers.

Earlier this year, leading environmental groups laid out a platform for replacing NAFTA with a trade deal that protects communities across the U.S., Canada and Mexico. The plans released by the administration Monday are generally silent on these objectives, and those outlined by unions, family farmers and consumer groups. Instead of concrete objectives, Monday’s announcement contained vague platitudes.

In a blunt display of hypocrisy, Donald Trump appears to want to copy and paste the weak labor and environmental provisions of the TPP, a deal that Trump claimed to hate. Based on Monday’s “plan,” one could be forgiven for concluding that Trump’s opposition to the TPP was merely political theater and this administration has no intent of fundamentally changing NAFTA.

The only way the deal that replaces NAFTA will benefit the public is if the negotiation process is conducted in the open, not in a corporate board room. Unsurprisingly, that doesn’t look like that’s what Trump has in mind. We cannot afford another trade deal that locks out the public and locks in fossil fuel dependency.