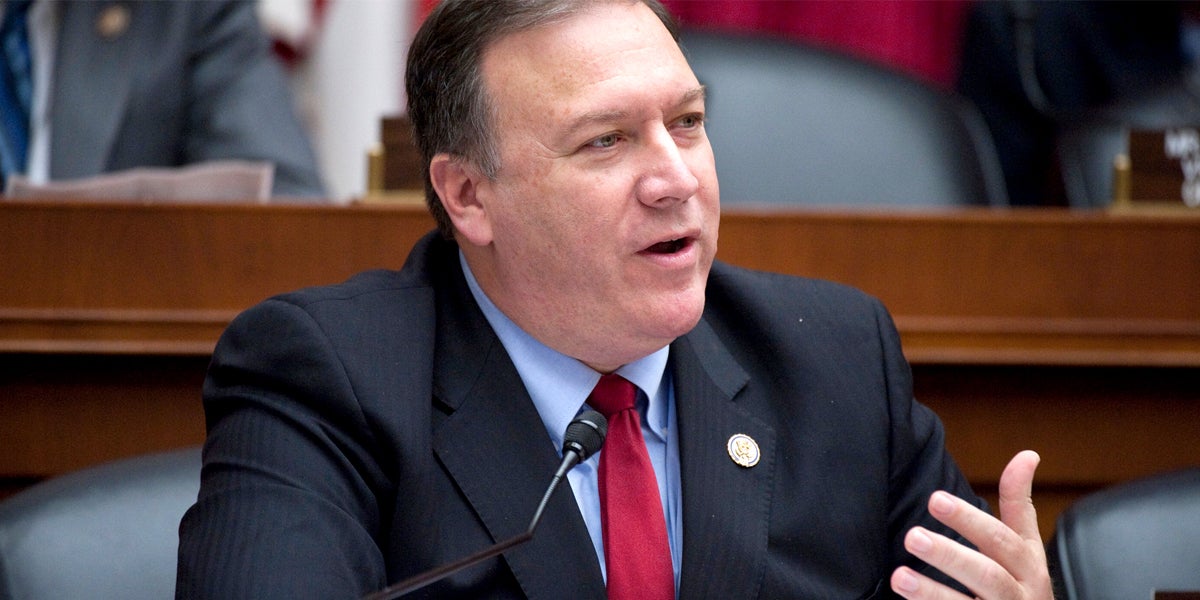 News that President-elect Donald Trump has asked U.S. Rep. Mike Pompeo to be CIA director shows just how dark the days ahead might be for America’s burgeoning food movement, which has been advocating for more transparency and fewer pesticides in food production.

Pompeo, a Republican from the farm state of Kansas, was the designated hitter for Monsanto and the other Big Ag chemical and seed players in 2014 when the industry rolled out a federal effort to block states from mandating the labeling of genetically modified foods. Pompeo introduced the “Safe and Accurate Food Labeling Act” in April of that year with the intention of overriding bills in roughly two dozen states.

In bringing the bill forward, Pompeo was acting on behalf the Grocery Manufacturers Association (GMA), which represents the interests of the nation’s largest food and beverage companies. The bill, which critics called the “Deny Americans the Right to Know” Act, or the “DARK Act,” went through two years of controversy and compromise before a version passed and was signed into law by President Obama this summer. The law nullified a mandatory labeling bill set to take effect in Vermont in July of this year, and it offered companies options to avoid stating on their packaging whether or not a product contained GMO ingredients.

Pompeo has shown himself to be a “puppet” for special interests. If he accepts Trump’s offer to head the CIA, it could spell a significant setback for consumers, according to Andrew Kimbrell, executive director of the Center for Food Safety.

“The worst choice I can think of,” Kimbrell said of Pompeo. “Far from draining the swamp, Pompeo is the ultimate “swamp” creature. He is little more than a puppet for the big chemical and biotech companies.”

Consumer groups have pushed for mandatory labeling for years because of concerns that genetically engineered crops on the market now carry potential and actual risks for human health and the environment. A chief concern has to do with the fact that most GMO crops are sprayed with the herbicide glyphosate, the chief ingredient in Monsanto’s Roundup. The World Health Organization has declared glyphosate a probable human carcinogen, and residues of glyphosate are increasingly being detected in commonly consumed foods.

The Trump transition team answer for those consumer concerns about pesticides doesn’t look reassuring either. Trump has named Myron Ebell, director of the Center for Energy and Environment at the Competitive Enterprise Institute, to lead transition efforts at the U.S. Environmental Protection Agency (EPA). That’s happy news for the agrichemical industry because Ebell appears to be a big fan of pesticides. His group’s SAFEChemicalPolicy.org website champions the safety and benefits of chemicals used in agriculture and elsewhere, and discounts research that indicates harm.

“The EPA is supposed to protect us from dangerous chemicals, not defend them, as Ebell would almost certainly do if he ran the agency,” the Environmental Defense Fund said in a statement.