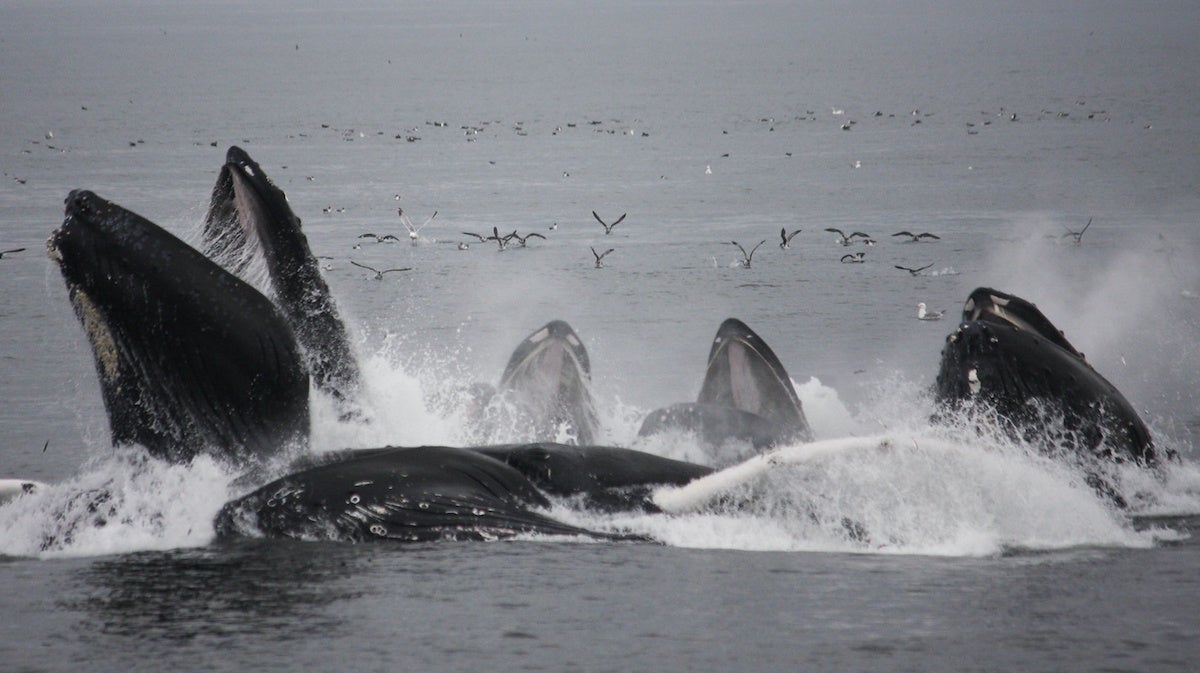 The Northeast Canyons and Seamounts Marine National Monument is the only marine national monument in the Atlantic Ocean. U.S. Fish and Wildlife Service

President Donald Trump sparked the ire of conservationists earlier this month when he opened the country’s only marine national monument in the Atlantic to commercial fishing.

Now, some of them are suing to stop him and preserve the Northeast Canyons and Seamounts Marine National Monument, which protects 5,000 square miles of unique ocean habitat off Cape Cod.

“Trump has once again eliminated critical natural resource protections on a whim, and with no legal authority,” Brad Campbell, president of the Boston-based Conservation Law Foundation (CLF), said in a press release announcing his organization’s decision to sue. “This lawless act upends over a century of practice by presidents of both parties, and puts all national monuments on the block for the highest political bidder.”

The monument was created by President Barack Obama in 2016 using the Antiquities Act, CLF said. It protects an estimated 54 species of deep sea coral and hundreds of other marine animals, including endangered species like North Atlantic right whales and Kemp’s ridley sea turtles, The Boston Globe reported. It is also home to four underwater mountains and three underwater canyons deeper than the Grand Canyon.

The commercial fishing industry had argued that the creation of the monument was an overreach of federal authority that hurt livelihoods. Before its formation, fisherman said as many as 80 boats fished the area.

“President Obama swept aside our public, science-based fishery management process with the stroke of a pen,” Bob Vanasse, executive director of fishermen lobby group Saving Seafood, told The Boston Globe. “That was a mistake, and whatever anyone thinks about President Trump is irrelevant.”

But, in a lawsuit filed in Washington, DC Wednesday, CLF, the Center for Biological Diversity (CBD), and the Natural Resources Defense Council argued that Trump’s reversal was the overreach: A president may use the Antiquities Act to designate a monument, but only Congress can undo protections.

“Trump’s order was illegal because he can’t just declare commercial fishing is allowed in a protected marine monument,” CBD attorney Kristen Monsell said in a press release. “The Seamounts monument was created to permanently safeguard this amazing ecosystem and vulnerable species like the endangered sperm whale. Presidents can’t be allowed to gut protections by decree as a favor to commercial fishermen.”

CBD pointed out that, before Trump reversed the commercial fishing ban, courts had twice rejected the industry’s attempt to challenge it.

Conservation groups also argue that the monument ultimately protects commercial fisheries by preserving the species that support them, according to The Boston Globe.

Further, not all business interests oppose the monument. Zack Klyver, a Maine marine scientist who has led more than 600,000 people on whale watching tours with the Bar Harbor Whale Watch Company, has also joined the suit.

“I spend lots of time on the water so I know how important it is to protect this marine monument. My business depends on a healthy ocean,” Klyver, who has also co-founded ocean conservation company Blue Planet Strategies, said in the CBD release. “Trump’s attack on New England’s prized marine monument is one I take personally. We need to protect our oceans and their abundance of marine life for future generations to experience.”