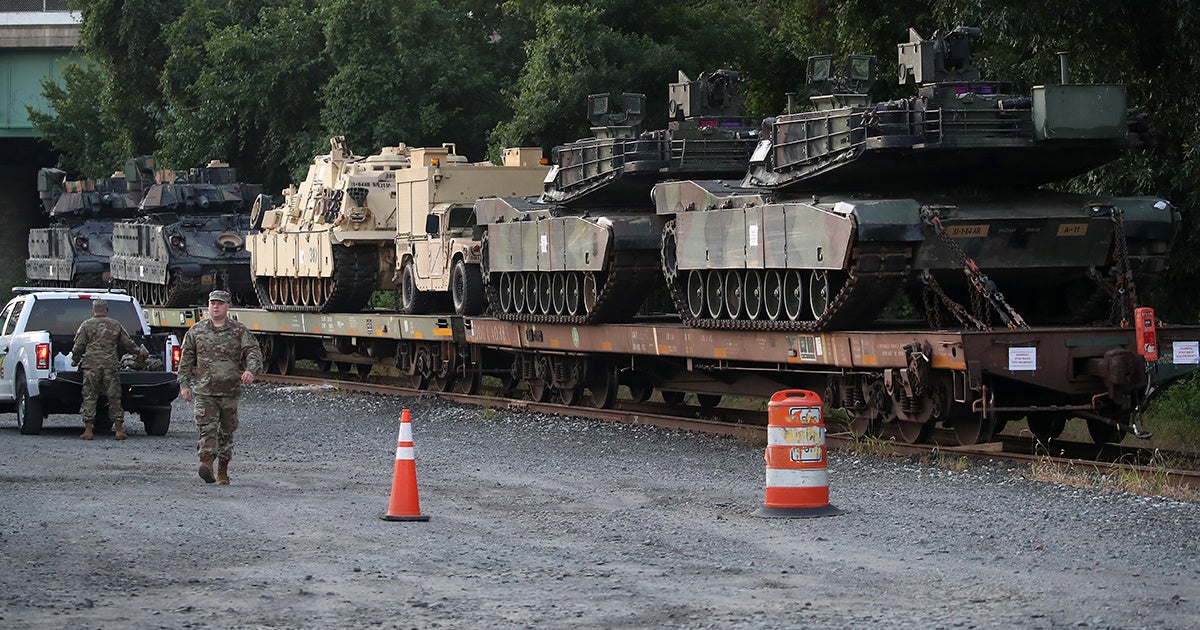 Trump asked the Pentagon for military hardware, including tanks, to be displayed on the National Mall Thursday. Mark Wilson / Getty Images

Previous Independence Day celebrations have had a total price tag of around million, former National Park Service Deputy Director Denis P. Galvin told The Washington Post. But Trump’s festivities will include flyovers from military jets including the Blue Angels, a display of tanks on the National Mall, and what Time reported will be the largest fireworks display in Washington, DC’s history. The nearly .5 million diverted from the parks will only cover a fraction of the cost, The Washington Post said.

That money will come from park entrance and recreation fees, which usually go towards maintenance and improvement. The National Park System currently has a billion maintenance backlog, The Huffington Post reported. The park money directed towards Trump’s event would typically have gone to improving the visitor experience at the National Mall or funding projects at smaller parks such as road repairs and habitat restoration, according to The Washington Post. The total equals around five percent of what lower-earning parks paid for upgrades last year.

“This is a breach of trust with the public,” National Parks Conservation Association President and CEO Theresa Pierno told The Washington Post. “The public pays parks fees to fix national parks and for educational programs, not the president’s parade.”

Trump first expressed desire for a military-style parade after attending the Bastille Day celebrations in Paris in 2017. Plans for a similar event on Veterans’ Day and Fourth of July 2018 were abandoned when the price tag ballooned to million, Time reported. There were also concerns that tanks would damage Washington, DC’s roads. Thursday’s event will not include a parade, but the tanks displayed on the National Mall could still damage the grass and roads, The Huffington Post reported.

The event will also feature a speech from the president, a breach of tradition, as no president since 1987 has been featured in Washington, DC’s Fourth of July event so as not to politicize the day, Time explained.

Trump’s decision came under even more scrutiny when The Huffington Post revealed Monday that tickets to the event, and the president’s speech, were being offered to donors by the Republican National Committee.

“We’ve never seen anything like this,” New Mexico Sen. Tom Udall, the ranking Democrat on the Senate Appropriations Subcommittee on Interior, Environment and Related Agencies, told The Washington Post. “No ticketed political event should be paid for with taxpayer dollars.”