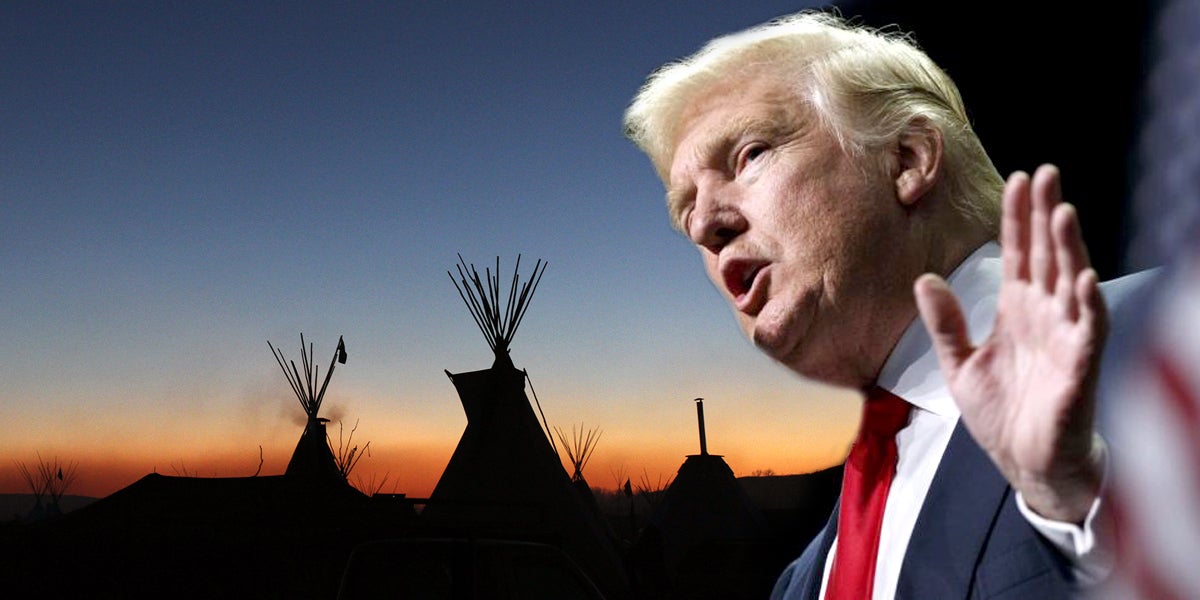 The Army Corps of Engineers told the Standing Rock Sioux tribe that Dakota Access Pipeline protesters must vacate the property effective Dec. 5, citing escalating violence and harsh winter conditions. Protesters have vowed not to leave the premises despite the order and the Army Corps has said it wouldn’t forcibly remove them.

Watch the Facebook live video of the Standing Rock press event held Saturday afternoon in response to the eviction letter:

As a New York Times Sunday front page article investigates the potential global conflicts of interest with Donald Trump‘s presidency and his businesses, including plans to build a flood-prevention sea wall for his Irish golf course, Trump’s holdings in the pipeline’s parent company, Energy Transfer Partners (ETP), have also garnered scrutiny, especially as it becomes clear that the conflict over the pipeline may extend into his administration.

The AP reports that, according to the most recent federal disclosure forms filed in May, Trump has up to a $50,000 investment in ETP and up to a $250,000 investment in Phillips 66, which has a one-quarter share of Dakota Access. Trump’s camp told the Washington Post that the president-elect sold the ETP shares this summer.

Trump also supports the Keystone XL pipeline and has said that the pipeline has no environmental impact. “I would absolutely approve it, 100 percent,” Trump said in May.